Governments should learn a lesson from tobacco marketeers and restrict junk food advertising aimed at children, says a prominent obesity specialist. Boyd Swinburn, professor of population health at Deakin University in Australia, was one of several members of a global task force on obesity who called for international standards on advertising food products to children.

Coca-Cola's new advertising campaign - titled "Drink, Choose, Live" - is aimed at reassuring parents that it has products other than soft drinks. The company states, "If you're not in the mood for water, it's OK to also reach for something else you enjoy, like juice or a soft drink.

During August, U.S. McDonald's is teaming up with GM to include a model of the gas-guzzling Hummer in its "Happy Meals." The New York Times notes that McDonald's "appears not to have gotten the message" about rising petrol prices. 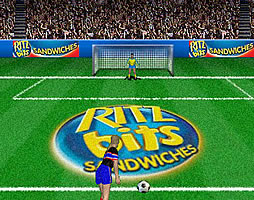 A survey (pdf) by the Cancer Council of New South Wales has found that 81% of all food being advertised on television in Australia was for junk food. The study, which has been published in Health Promotion International journal, recorded 645 hours of television between 7am and 9pm on both weekdays and weekends in four different locations. It found that 31% of all ads were for food, with fast food and takeaway foods being the most common.

In contrast to the more than $15 billion in direct marketing spent in the U.S. to exhort children to buy food and non-food products, children often don’t get very far with the companies when they start asking questions. Olympia, Washington teacher Michi Thacker assigned her elementary students to write food manufacturers to raise questions, such as where the macaroni comes from.

Ray Moynihan reports in the British Medical Journal that the drug companies Roche and Abbott Laboratories provide approximately two-thirds of the funding of the International Obesity Task Force (IOTF), which has over £1m in cash reserves. Roche makes the anti-obesity drug Xenical while Abbott Laboratories makes Reductil. Dr.

The deal already looks suspiciously sweetened. On May 3, 2006, U.S. beverage firms announced an agreement with the Clinton Foundation and the American Heart Association gradually to pull most sweetened soft drinks from U.S. schools.

Gatorade and Powerade, as well as soda and other sports drinks, will be banned from Connecticut schools after a "feverish" double-team by Coca-Cola and Pepsi failed to stop the state's House of Representatives from passing "the strongest school nutrition law in the nation." A flier distributed by Coke's PR reps, Sullivan & LeShane, attacked the bill, urging, "It is counterproductive to tell an 18-year-old who can drive a car,