The Center for Media and Democracy is reposting Beau Hodai's examination of the privatization schemes advanced by the American Legislative Exchange Council (ALEC), as part of CMD's effort to report on, and gather reporting about this organization through our ALECexposed.org work. This story was originally published by DBA Press (pdf) and is also available for download through this link. (pdf) You can also jump to the article's source materials directory here.

The Center for Media and Democracy is reposting Beau Hodai's investigation of so-called "scholarships" funded by corporations to bring state politicians to gatherings of the American Legislative Exchange Council (ALEC), as part of CMD's effort to report on and gather reporting about this organization through our ALECexposed.org work. This story was originally published by DBA Press. You can also download this report in PDF format and you can view documents relating to ALEC scholarship fund activity here.

(The Center for Media and Democracy is pleased to reprint this illuminating article about the American Legislative Exchange Council (ALEC) and reactionary immigration policies pushed into law in Arizona, as part of our ongoing reporting on ALEC and gathering of reporting about this organization in our work on ALECexposed.org. This story was originally published by DBA Press in June 2010)

"Beside my brothers and my sisters, I'll proudly take a stand. When liberty's in jeopardy, I'll always do what's right. I'm out here on the frontline, sleep in peace tonight. American soldier, I'm an American soldier..."

So goes the ringtone on Arizona State Senator Russell Pearce's phone -- as performed by Toby "'cause we put a boot up your ass, it's the American way" Keith. Seconds into any conversation with Pearce on the issue of illegal immigration, you'll find the song fits. Pearce is -- in his mind -- the "American soldier." What's more, just as he sees himself a soldier, Pearce envisions his home to be none less than the front in a war which threatens the very fiber of the nation.

In the midst of corporations voting with state politicians on corporate wishlists to rewrite the law, some messages at the American Legislative Exchange Council (ALEC) Annual Meeting in New Orleans got a little mixed up. Here are two examples.

A "radical, possibly deranged, truthteller" will be the 2012 GOP presidential candidate, said political commentator Tucker Carlson at the 2011 annual meeting of the American Legislative Exchange Council (ALEC) in New Orleans. Speaking between workshops on the benefits of carbon emissions and task force meetings where corporations and politicians vote on "model bills," Carlson joined right-wing leaders who sang the praises of the Tea Party and "sticking to your guns," cursed Obama and other "big government liberals," and praised the same "cut, cap, and balance" agenda manifest in the ALEC bills and pushed by national politicians in Washington D.C. 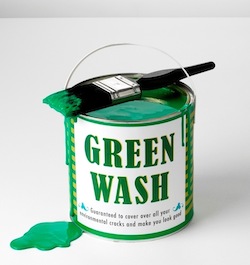 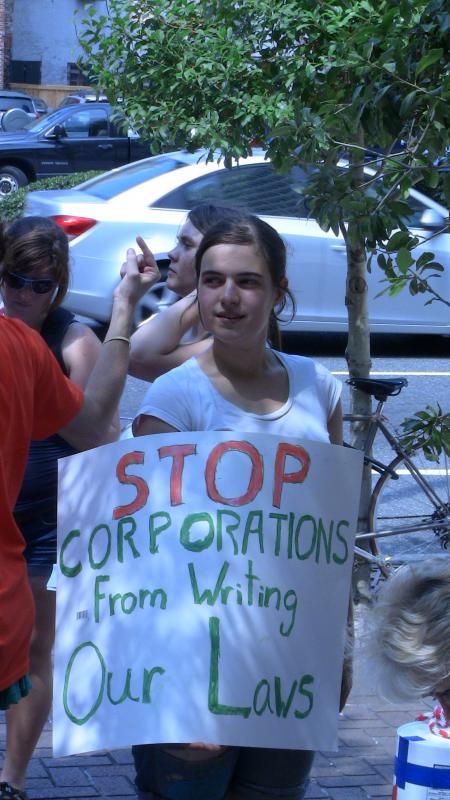