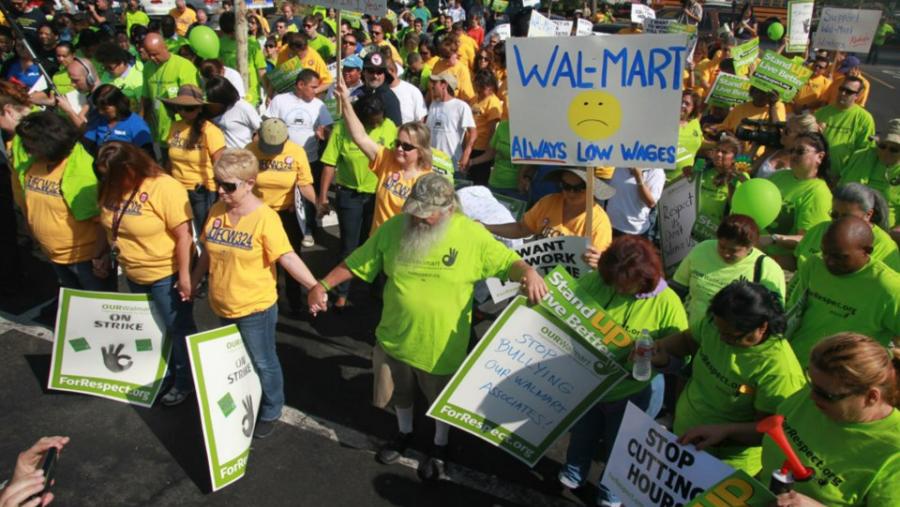 What do Governor Scott Walker and Walmart have in common? They talk pay raises in public while cheating their workers of pay.

When Walmart announced with great fanfare that it was boosting pay for frontline workers, CMD questioned the spin. After all, Walmart is regularly forced to pay back wages between 2007-2012 amounting to an astonishing $30 million according to a U.S. Senate report. This week, Bloomberg reported that Walmart is cutting hours for its workers, robbing many of the benefit of the recent pay hike.

In July, Scott Walker raised eyebrows when he signed a contract with a big pay boost for the state troopers who provide his security detail. The troopers did not get the 17 percent he proposed, but a more modest $4 an hour raise. Now the U.S. Department of Labor has found that Team Walker violated the law by failing to pay overtime for state troopers who provide round-the-clock security as Walker jets around the country seeking the presidency. The troopers' pay raise has been rescinded and the security detail is being cut. Taxpayers could be on the hook for as much as $1 million. Perhaps “always low wages” should be the slogan for the candidate who recently called the minimum wage a “lame” idea.

Check out our SourceWatch profile of the low-road, low-wage Walmart here.

Cashiers should make at least $15 an hour. Look at cashiers pay at Safeway or union jobs.