Creating A Constitutional Violation Out Of Thin Air | PR Watch

Creating A Constitutional Violation Out Of Thin Air 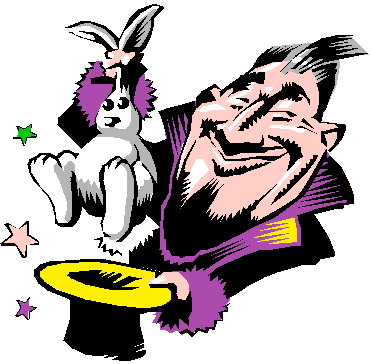 Conservatives may have moved quickly to dissociate themselves from Representative Joe Barton's apology to BP, but many on the right still believe that the establishment of a $20 billion escrow fund violated the legal rights of the company. A frequent claim is that the Obama administration has violated BP's due process rights. Appearing on ABC's This Week, George Will stated the creation of the escrow fund amounted to a confiscation of assets that circumvents due process. Former Washington Times writer Robert Stacey McCain argued in his blog that Rep. Barton was rightly concerned about due process when he apologized to BP. Michael Barone in National Review Online quipped that, "the Constitution does not command 'no person ... shall .... be deprived of life, liberty, or property, without due process of law; except by the decision of a person as wise and capable as Kenneth Feinberg." The Framers stopped at "due process of law." It is to be expected that conservatives care less about the decimated lives along the Gulf Coast than they do about a multinational corporation losing $20 billion over several years, even when its cash flow for this year alone will reach $30 billion, according its own estimates. What is a slightly more surprising is that they would completely misconstrue a fundamental legal concept in the process.

No Violation of Due Process

These pundits are referring to the due process mentioned in the Fifth Amendment because they believe this is a deprivation of a private corporation's property by the federal government. Thus, BP should have been afforded the procedural due process guarantees of adequate notice, a hearing and a neutral judge. Barone complains, "what we have is government transferring property from one party, an admittedly unattractive one, to others." This would be a due process violation but for the existence of one critical fact: BP established this fund voluntarily. If the $20 billion was set aside against BP's wishes, then would be a basis for a due process violation argument. So what we actually have is a party voluntarily transferring its wealth to others, with the assistance of the government. Without any opposition from BP, there is no taking, no seizure, and no deprivation that necessitates the procedural due process guarantees of the Fifth Amendment. All the evidence clearly leads to the conclusion that BP established the escrow fund voluntarily.

After meeting with President Obama, BP chairman Carl-Henric Svanberg apologized for the devastation caused by the oil spill and stated that, "this agreement is a very significant step in clarifying and confirming our commitment to meet our obligations." If BP did not want to establish this fund, it would have publicly protested and promptly sued the government for the kind of due process violation Will, McCain, and Barone imagine is taking place. Instead, the executives stood before dozens of reporters and professed their acceptance of the escrow fund. There are many rational reasons why BP would want to set up this fund at Obama's behest. The company may want to appear compassionate to the American public, or discourage the administration from blocking its acquisition of future drilling rights. Regardless of the reason, BP acted of its own volition and Obama's skillful application of political pressure should not be misconstrued into a violation of the Constitution.