Copenhagen, Out of the Frying Pan, Pt. 5

I walked into the Klimaforum hall and saw a group of newly arrived Bolivians organizing themselves near the entrance. I had just read some great quotes from South American leaders--Venezuela's Hugo Chavez saying if the climate crisis was a banking problem it would be already solved, and Bolivia's Evo Morales calling "shame" on America, as he compared the 687 billion dollar defense budget of the U.S. to the 10 billion America is offering to finance the third world climate budget being negotiated now at the Conference.

I interviewed Mr. Felix Laime Poma, a smiling man who reminds me of President Morales--in his 40s, traditional clothes and haircut, and easy manner. His translator, Ms. Amancay Colque, gave me a history lesson right off the bat. Did you know that Bolivia's territory extended to the Pacific Ocean in the 19th century and included all the copper in what is now Chile? You may know that Bolivia has been exploited for centuries, that the British stripped it of raw materials, and later the "neo-liberal" policies drove it into extreme poverty. You may have heard that the people knew this wasn't right, and they managed to turn this around and finally reclaim their country and resources--after massive and relentless struggle.

But the key point Ms. Colque was making was that this change happened through the use and the implementation of "real democracy." The argument was that after 500 years of misery the government of Bolivia was doing what the people wanted because, for example, the people were marching in the streets every day for long periods of time. She said "you Americans have to get off your asses and start marching!" She pointed out that for the climate crisis to be dealt with, America has to make the big moves, and this will never happen until we have real democracy in America, where the government does what the people want. "You don't have democracy in America" was her charge, and, for her, this was the bottleneck that was preventing the climate crisis from being solved. I thought this was a valid explanation of the paltry moves being proposed by the Americans in this Conference!

Mr. Poma was bringing another message--"respect." He talked of his people living for centuries in harmony with nature, saying "We never lost our respect for Mother Earth--the Earth is our Mother." His region used to have regular rainfall, several days of rainfall was a normal periodic occurrence. Now they get an extremely hard rain for a few hours, so hard it destroys their crops, and then nothing: drought. He came to Copenhagen to tell those who are responsible for this climate change (clearly not Bolivia since they have no significant industrial pollution to speak of) to "do something." He argued that this "eco-debt" must be paid by the rich countries and they must stop emissions. 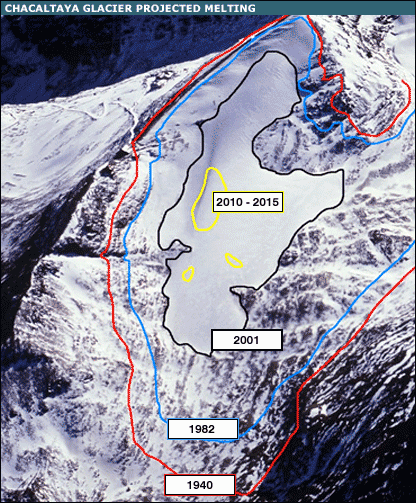 A third Bolivian I met with was Mr. Alivio Aruquipa Lazo from La Paz. He is an eyewitness to the melting of the 18,000 year old glacier there--a daunting event because as it melts it will cause floods, and then drought. He says this melting is a result of climate change.

After I got these important messages we continued chatting, I pulled out my guitar, played a minute and handed it off to Mr. Poma who clearly wanted to play. Also, because they had crowed to me about what a "real" working democracy Bolivia was enjoying right now, where President Morales would routinely ask the people "below" what to do, I gave Mr. Poma a copy of my article, "100 MIles of MIrrors." In my article, I outline a specific action that countries affected by climate change like Bolivia should demand, as opposed to more general demands like "fix it." I asked him if he could get a copy to President Morales, and I was assured this would be done with no problem. America--let's learn from Bolivia!

For more on Klimaforum's attempt to join forces with the G77, my contact Christian gave me an update. I will quote his interesting e-mail verbatim to give you a taste of how the inside players speak and think. (First try checking this link for some great photos and reports.) Here is what he said:

"Despite all of our efforts, getting sh#t done is pretty damn hard in this extremely undemocratic COP15 process! We were not (yet) able to get the press conference in the government's press center at the Bella Center. Everything has been centered around the two track process (Kyoto-style deal vs completely new deal), and yesterday/last night they were at the tables until 7 in the morning at Bella, so not surprisingly, they had no time for us. We did, however, hope to get results at today's direct mass action "reclaim power," where a non-violent, civil-disobedient demonstration was going to the access area around Bella, and meet with approaching delegates coming from the inside, and then have a "Peoples Assembly" to discuss real solutions to climate change.

The demonstration remained strictly non-violent, but the Danish police apparently insisted on escalating the situation by beating demonstrators with clubs and violently arresting random people. They also confiscated the info-truck, and arrested several spokespersons from [www.climate-justice-action.org Climate Justice Action] (the global action network I helped found leading up to the conference, climate-justice-action.org).

While this violent behavior towards demonstrators is not surprising, they also violently kept delegates coming from within the Bella from meeting with the demonstration; several official delegates from NGOs were hit with clubs on the arms, legs and in the head. All in all, the "Peoples Assembly" was held without the demonstrators (the people) and thereby failed to get the attention we hoped for; however, the action is still deemed a success due to its nonviolent profile. I had contacts both in the demonstration and in the group of delegates (at least 200 people) walking out of the Bella Center.

Despite all our efforts to this time, we are not giving up... Next step is inviting all delegates and heads of state to come to Klimaforum to participate in a plenary entitled, "Did you get the deal you came for?" I've attached our official invitation, that we are now working to get circulated as an official UN document within the Bella..." 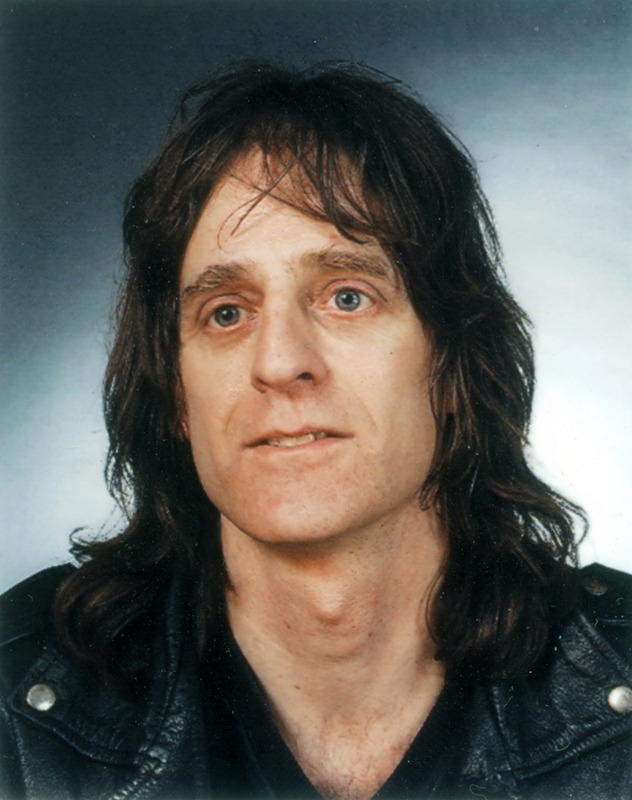 Later, sitting at a bar in central Copenhagen, I got into a conversation with a British journalist, Liam Thompson. He has been inside the Bella Center and was talking with Senator John Kerry who told him that he was 100% certain that Congress would pass a climate bill in 2010. Liam said this was a real news item given the world's fear that America may delay things until it is really too late.

(Finally, I would like to apologize to my readers for not being an eyewitness to the battles between the police and the demonstrators. The truth is, I would love to be there, but the problem is that we are staying up all night experiencing Copenhagen's night life, and we just don't wake up early enough to have the opportunity to be beaten and clubbed by the police!)

Now I will go down to the Klimaforum to be at the event Christian described, where heads of state are invited to a forum with a title worth repeating "Did you get the deal you came for?"

Hasta La Vista from Your Man in the Pan, Alex Carlin

Copenhagen has failed. The UN has failed to address the most important crisis in human history. This is now the time for sanctions, boycotts and embargoes. A new alliance is needed. An alliance of hope and peace and justice must be built to oppose the axis of pollution, extinction and self destruction. <a href="http://www.selfdestructivebastards.com/2009/12/beyond-copenhagen.html">http://www.selfdestructivebastards.com/2009/12/beyond-copenhagen.html</a>