Be afraid, be very afraid! If television stations are required to abide by existing regulations and label the corporate and government propaganda they routinely pass off as "news," the First Amendment will be shredded, the freedom of the press repealed, and TV stations will collapse overnight! 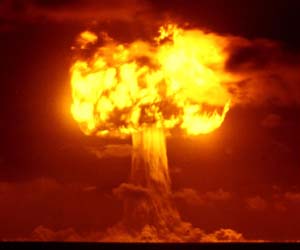 At least, that's what the public relations firms that produce and distribute video news releases (VNRs) and other forms of fake news would have you believe. PR firms are banding together and launching lobbying and PR campaigns to counter the growing call for full disclosure of VNRs, the sponsored video segments frequently aired by TV newsrooms as though they were independently-produced reports.

This alarmist campaign comes as no surprise; the PR industry is like any other business interest. And if there's one thing business is good at, it's avoiding meaningful oversight. Take direct-to-consumer drug marketing: The industry group PhRMA adopted voluntary guidelines last year, in a so-far successful bid to preempt increased scrutiny from the U.S. Food and Drug Administration.

Unlike other businesses, the PR industry combines its resistance to oversight with expert, in-house talent at shaping media coverage and public opinion. That means that holding PR firms accountable is an especially tough job. When PR executives think their livelihood is being threatened, they pull out every tool in the propagandist's toolbox.

That's been the response to the Center for Media and Democracy's (CMD's) report, "Fake TV News: Widespread and Undisclosed." Based on that study and in conjunction with our colleagues at Free Press, CMD is advocating for full disclosure of VNRs. (You can add your voice to that call by clicking here.)

According to the trade magazine PR Week, "more than a dozen" broadcast PR firms, including Medialink Worldwide, D S Simon Productions, West Glen Communications and News Broadcast Network, recently started meeting to strategize how "to fight the latest wave of public scrutiny" of VNRs. Medialink founder and CEO Larry Moskowitz explained, "We're communicating pretty regularly to come up with a common voice and ensure that the details of our position are aligned."

The PR firms' goal is to protect the status quo. That is, they maintain a brisk business, producing video and audio "news" for their mostly corporate clients. TV and radio stations air the segments, which -- purely coincidentally -- mention clients' products, services and good deeds, with nary a critical viewpoint. Disclosure remains a goal of lofty-sounding station and professional codes of conduct, but is observed more in breach than in practice. The public remains unaware that the very subject of the "news" report they see or hear actually paid to have that report scripted, produced and promoted to newsrooms.

Here's a fuller picture of the status quo, as revealed by CMD's groundbreaking 10 month study.

TV stations, including those in the largest U.S. media markets, air VNRs during their news shows. Sometimes the segments feature self-styled "experts," who gush about the latest products from the clients behind the VNRs. The news value of these segments may be highly suspect -- unless you think that National Pancake Week, Super Bowl car ads, or a new line of lip gloss is newsworthy. Or, the segments may add a promotional twist to a real issue -- albeit one presented in a highly simplified, inaccurate and/or one-sided manner -- such as email scams, children's health concerns, or gasoline alternatives.

Moreover, TV newsrooms frequently air the entire pre-packaged VNR -- sometimes even without fact checking the claims made in it. Such lapses can have real consequences, if viewers base consumer or health decisions on seemingly-independent and authoritative TV "news." For example, CMD tracked one VNR promoting a prescription-strength cream; three TV stations removed all risk information when they aired the segment.

VNRs are worse than bad journalism. They are a gross and deliberate failure by TV stations to meet their obligations to the local community, and to abide by long-standing Federal Communications Commission (FCC) regulations. Just last April, the FCC unanimously issued a notice stating, "Whenever broadcast stations and cable operators air VNRs, licensees and operators generally must clearly disclose to members of their audiences the nature, source and sponsorship of the material."

To date, the FCC has not enforced its disclosure requirements. But that may soon change. Last month, the FCC confirmed that its enforcement bureau is further investigating CMD's findings.

It's hard to see how PR firms could defend these practices. Maybe that's why they're trying to change the subject.

Instead of addressing the real issues, PR executives are claiming that the public's right to know "who seeks to persuade them" -- a fundamental principle unanimously upheld by the FCC and supported by Government Accountability Office rulings and Congressional votes, not to mention journalism standards -- is really censorship. And who wants that?

Medialink's Larry Moskowitz warned, with regard to the FCC investigation, "It is frightening to all of us to have the government take a seat in the newsroom as a censor. ... The rules that [CMD] wants to try to tie this [issue] to were not written for the newsroom or for the PR industry."

Medialink is the largest U.S. producer of VNRs. In addition to taking credit for having pioneered the VNR, Medialink is expanding the practice to what it calls "secured placement" VNRs -- paying stations to air VNRs, as is done with ads -- and other forms of "branded journalism," which further blur the boundaries between PR, marketing and news.

In its new publication, titled, "From Broadcast to Broadband: The Essential Media Tour Handbook," Medialink suggests clients take a multi-media approach, simultaneously spreading fake news via television, radio and the Internet. "In today's world of 'information overload,' one must do whatever it takes to be seen and heard to reach multiple target audiences," the handbook counsels.

In other words, Medialink has a big dog in the fake news fight. They're heading the new broadcast PR firm coalition described by PR Week. Last June, in response to concerns over undisclosed government VNRs, Medialink hired its first lobbying firm ever, Public Strategies, Inc., to monitor policy discussions and proposals before the U.S. Congress and the FCC.

It's not clear whether Medialink is still retaining Public Strategies, but they are working with Bryan Cave Strategies, according to the Lobbyists.info database. Bryan Cave Strategies "specializes in providing advice and counsel to companies, institutions and individuals facing regulatory or legislative challenges," explains the website of the Washington DC-based lobbying firm.

But Medialink's Moskowitz isn't the only PR executive claiming that outing fake news would damage the American way of life. In testimony before a U.S. Senate committee hearing last May, D S Simon Productions founder and CEO Doug Simon claimed that proposed legislation requiring disclosure of government VNRs would result in "increased government control over news broadcasts," which is not, he warned, a "hallmark of democracy." At the same hearing, then-Public Relations Society of America president Judith Phair said the VNR labeling bill would impede the "free flow of information." 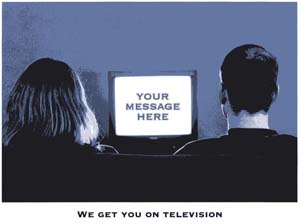 In June 2005, many of the same players made many of the same arguments, in comments filed with the FCC. Simon warned of "serious First Amendment issues" if the FCC dared address the issue of the public airwaves being hijacked to sell products or policies to unsuspecting news audiences. Phair claimed that "vigorous self regulation by all those involved at every level in the production and dissemination of prepackaged broadcast materials" would result in full disclosure.

Fake news has been an open, dirty secret between broadcasters and PR firms for decades. The system exploits the resource shortages of TV newsrooms to insert corporate and government propaganda into ostensibly authoritative and independent programming.

Although the fake news forces are strong, there's a real opportunity now to finally end the cycle of VNR exposé, followed by industry promises, followed by attention shifting elsewhere, followed by a return to the status quo. That fake news cycle's been going on since at least 1992, when TV Guide called for on-screen disclosure of VNRs -- the same solution CMD is proposing today.

What's changed is that CMD's report, for the first time, publicly detailed the wide reach and covert nature of VNRs. Then, the FCC picked up the gauntlet, launching their own investigation.

PR executives realize that public awareness and disgust at fake news may have finally reached a tipping point. That's why they're banding together, throwing around charges of censorship and hiring lobbyists. Whether they succeed -- and the fake news cycle continues -- or real disclosure is required depends initially on the outcome of FCC investigation. Ultimately, however, it is public pressure that will make or break the campaign for truth in news.

Last month, media analyst Blair Levin told Bloomberg News, "If the [VNR] investigation leads to significant fines, the FCC could cause stations to put disclosures in place that make clearer the corporate role in local news. It depends how hard [FCC Chair Kevin] Martin wants to push it."

How hard Martin will push will depend on whether the PR industry's "censorship" canard goes unchallenged, and whether the public cry for an end to fake news continues.

Two days after I posted this article, the PR industry site the Holmes Report ran [http://www.holmesreport.com/holmestemp/story.cfm?edit_id=5893&typeid=2 an impassioned defense] of VNRs as "free speech," and attacked the Center for Media and Democracy as hypocritical censors: <blockquote>It would certainly be nice to eliminate bad reporting and by all means the Center for Media and Democracy and others have the right to criticize bad reporting where they see it. But anyone who believes in the freedom of the press and the essential role of media in a democracy must surely shudder at the idea that the problem of bad reporting can be solved by government dictate. Given the choice between occasional—or even frequent—bad reporting and a regulatory system that allows the government to second-guess the editorial judgment of the media, is there any doubt which is the lesser of two evils? Given its support for increased government oversight of the media, one has to question whether the Center for Media and Democracy believes in either—media or democracy. The Center seems to find PR industry charges that this constitutes censorship either inaccurate or at the very least hyperbolic. But I don’t know what else you would call it. This is not about commercial speech, about restricting the free speech rights of companies—like the California law that sought to remove First Amendment protections from press releases and other corporate communications. I still believe that law was wrong, but this is a very different situation: this is not about regulating what companies can say; it is about regulating what and how journalists can report.</blockquote> The problem with this argument (well, the major one) is that VNR disclosure does not equal "regulating what and how journalists can report." TV stations can air as many VNRs as they want. Bad journalism (fueled by under-resourced newsrooms and omnipresent PR flacks) can -- and will -- continue. What VNR disclosure will do is tell viewers when the "report" they're watching on, say, the Medicare drug program or Pfizer's new drug, was actually funded by and scripted on behalf of the U.S. Health and Human Services Department or Pfizer's marketing team.
Julia Schopick www.honestmedicine.com Hi, Diane: This blog entry/article is really amazing! I will be adding it to my "articles of importance" on my website. Thanks for the truly wonderful work you are doing, and I look forward to talking with you again soon. Julia Schopick www.honestmedicine.com JuliaS1573@aol.com
The public remains unaware<a href="http://christmas-decorations.altgifts.info/index.html">,</a> that the very subject of the "news" report they see or hear actually paid to have that report scripted<a href="http://geocities.com/jiwro/index.htm">,</a> produced and promoted to newsrooms.