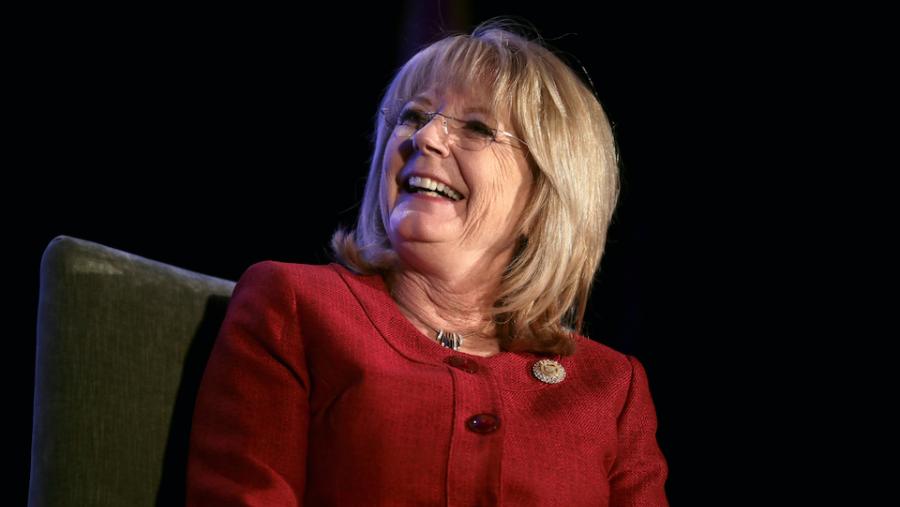 The audit, which has now earned the nickname "The Mess in Maricopa," is the most conspicuous ongoing attempt by Republicans to bolster the "Big Lie" conspiracy theory that Donald Trump didn't really lose the presidential election in November.

In her role as ALEC board treasurer, Fann oversees the group's agenda and is likely next in line to become its national chair, as ALEC does not currently have a vice chair. Unlike other ideologically conservative lobbying groups, ALEC's business model is specifically to pursue corporate agendas at the state level.

So while American corporations are trying to distance themselves from extremist Republican challenges to democracy at the state level, Fann's prominent and unapologetic role in the Arizona farce adds to the already ample evidence that at least some American corporations are aggressively supporting state-level actions that, as over 100 democracy scholarsexplained on Tuesday, "are transforming several states into political systems that no longer meet the minimum conditions for free and fair elections."

In 2012, ALEC was forced to publicly disband its "Public Safety and Elections" task force after scores of major corporations started dropping their membership due to its pursuit of "Stand Your Ground" and Voter ID model legislation.

But in the summer of 2019, ALEC secretly launched a "Process Working Group" that is tasked with elections and redistricting. Fann is part of that group, which is chaired by fellow Arizona State Rep. Shawnna Bolick (R) as well as disgraced attorney and Trump advisor Cleta Mitchell.

As Senate president, Fann approved the initial state payment of $150,000 for the audit. The audit is now also receiving funds through a dark money vehicle run by staffers with the ultra-right-wing broadcasting company One America News (OAN), which traffics in election conspiracies.

"We are paying for some of the security and the cost of the Coliseum [where the audit is held]," Fann told CNN last week, adding that "anything over and above is being covered by others" and that she does "not know who they are."

Fann Questioned Vote Count Within a Week After the Election

Six days after the election, on November 9, 2020, Fann wrote a letter to Arizona Secretary of State Katie Hobbs (D) urging her to "make available all data and the logic and accuracy tests to independent expert evaluation."

Fann argued that claims of voter fraud in the state "will linger indefinitely and may cause substantial damage to the credibility of our democratic processes if something isn’t done to alleviate claims that the election was conducted unfairly, if not fraudulently."

But no evidence of voter fraud emerged in Arizona.

A number of legal challenges to the election results were filed in the state, but all were dismissed. One was filed by Arizona GOP Chairwoman Kelli Ward, a former ALEC-tied lawmaker, who has faced allegations within her own party that her election to the party's top post in the state was fraudulent.

Ward tweeted on the day of the Capitol insurrection: "Congress is adjourned. Send the elector choice back to the legislatures."

Ward told Newsmax she hoped the Maricopa audit would set a national precedent: "Arizona is the first domino that will fall and then other states will look into irregularities, abnormalities, mistakes and potentially outright fraud that happened in their states as well."

The Arizona Mirror reported that in December, Logan had reposted a tweet from "Ron Watkins — a conspiracy theorist and former administrator of 8chan who has promoted QAnon and is believed by some to have run the Q account— that claimed an audit of the election might show that 'Trump got 200k more votes than previously reported in Arizona.'"

An official with Dominion Voting Systems, whose vote-counting machines are being examined as part of the audit, toldreporters: "The firms selected to conduct this audit are beyond biased. Publicly available information shows they are led by conspiracy theorists and QAnon supporters who have helped spread the Big Lie."

Arizona Democrats and others concerned with the security and motives of the audit sued the Arizona Senate in an attempt to stop the audit, but settled on May 5 when guarantees were put in place for ballot security and voter privacy, as well as spaces for the press and others to observe.

On May 20, Hobbs, the secretary of state, announced that the voting machines turned over to Cyber Ninjas and other companies would need to be replaced because of uncertainty over what is being done to them.

In an apparent act of retaliation, Republicans in the Arizona House then stripped Hobbs of her ability "to defend election lawsuits," and transferred that ability to Republican Attorney General Mark Brnovich. Brnovich is a member of the Republican Attorneys General Association, a group that recently doubled down on Trump's Big Lie, leading to an exodus of staff and leadership.

Maricopa County Board of Supervisors Chairman Jack Sellers (R), called the ongoing recount a "grift disguised as an audit" at a news conference earlier in the month, after Fann was forced to backtrack a claim that the county deleted a database and that ballots were missing.

Fann told CNN last week that Arizona's audit will be "a lesson in democracy" and "the basis of a gold standard." History will almost assuredly prove her correct about that first part.