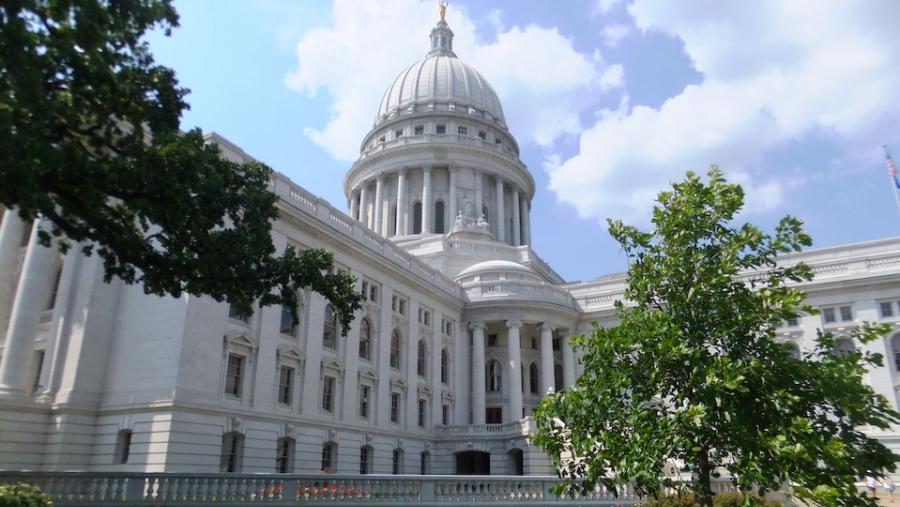 A resolution calling for a radical rewrite of the U.S. Constitution is once again moving in the Wisconsin Legislature.

Both 2021 resolutions have been voted out of committee with the Senate version awaiting scheduling for a floor vote.

The resolution passed the Assembly almost entirely along partisan lines in 2020, but never saw a vote in the Senate. With former Senate Majority Leader Scott Fitzgerald's election to the U.S. House late last year, the prospects for a vote on the resolution now rest with Majority Leader Sen. Devin LeMahieu (R) and Senate President Chris Kapenga (R).

While neither are sponsors of the current resolution, Kapenga introduced a 2017 resolution based off of an American Legislative Exchange Council (ALEC) model that he claimed would limit a constitutional convention to requiring the federal government to balance its budget. That measure passed in both chambers.

ALEC is a pay-to-play operation where legislators and corporate lobbyists meet behind closed doors to adopt model legislation on a broad range of public policy issues.

A Center for Media and Democracy (CMD) review of the current sponsors of the joint resolution shows a whopping 16 have documented ties to ALEC.

When asked if he was worried about the Constitution being open to a full rewrite in 2017, Kapenga, also an ALEC lawmaker, told The Cap Times, "It would be illegal for them to vote on anything that's outside of the authority of the call."

But this time, Wisconsin lawmakers are considering the Convention of States (COS) resolution which is more broadly written to include limiting the powers and jurisdiction of the federal government alongside fiscal restraints and term limits.

Convention of State Action (COSA), a project founded by Mark Meckler and Eric O'Keefe and promoted by ALEC, is lobbying hard for the resolution, and is the only organization registered in favor with the Wisconsin Ethics Commission.

Meckler, who in addition to running a number of nonprofits recently became the interim president of the social media app Parler backed by the billionaire, right-wing megadonor Rebecca Mercer, testified in favor of the resolution at public hearings in the Assembly and Senate last month.

COSA, a registered 501(c)(4) nonprofit that is not required to disclose its donors by law, brought in close to $5 million in revenue in 2018, according to its latest available IRS filing. Meckler also heads up nonprofits the Convention of States Foundation (COSF), CSG Action (CSGA), and Defending Liberty (DF).

Wisconsin's O'Keefe serves on the board of all four of Meckler's organizations. O'Keefe is a right-wing political operative with strong ties to Charles and the late David Koch who serves as director for the right-wing blog Empower Wisconsin.

O'Keefe is well known for being a target of the 2012-2015 "John Doe" criminal investigation into possible illegal campaign coordination between Wisconsin Governor Scott Walker, Wisconsin Club for Growth (of which O'Keefe is a director), and numerous other dark money groups, until it was ended by the Wisconsin Supreme Court in July 2015.

Meckler told Empower Wisconsin in a post published on April 18, "What we are witnessing is a radical administration that is ruling by executive fiat. The only way to rein that in at the state level is through the Legislature, and the only way to do that at the federal level is through a Convention of States."