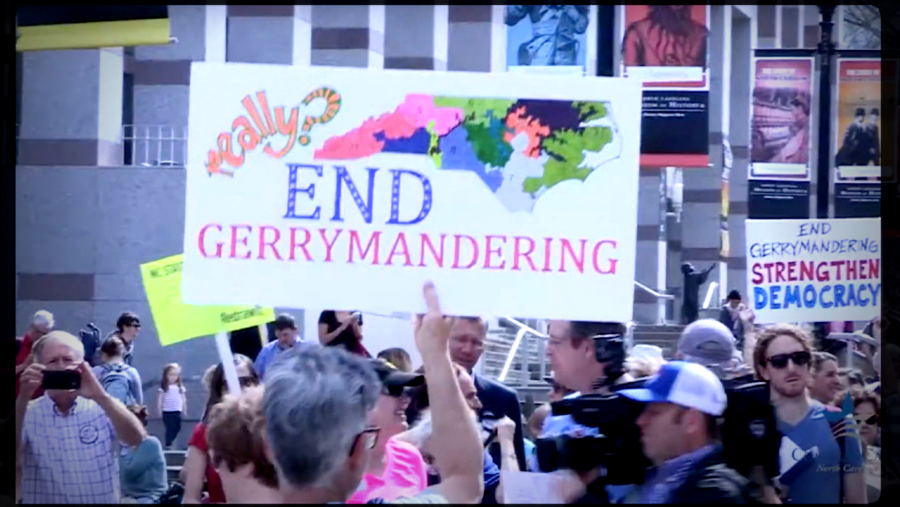 Every decade, the Census results require new voting district boundaries, and in many states, partisan commissions or the legislatures themselves draw the lines—both congressional districts and their own state legislative districts. Thus, Republican majorities would give their party a massive advantage by creating favorable districts, or gerrymandering, and be able to block Democratic attempts at addressing climate change.

Because of gerrymandering, 59 million Americans currently live under minority rule—where the governing party won the minority of votes in the most recent election but controls the majority of seats in the state legislature. That's according to a 2019 study from University of Southern California (USC), which identified the states with the worst partisan gerrymanders.

With the new Census coming to an end—albeit with pending court decisions stemming from the Trump administration's attempts to limit the process and cut out undocumented immigrants for partisan gain—it's nearly time for the state chambers to draw new voting districts. Fresh off of the 2020 elections in which Republicans kept all their legislative majorities and took control of chambers in New Hampshire and Alaska, GOP lawmakers will be empowered to further slice up their states to aid their party. The U.S. Supreme Court declined to challenge the practice of partisan gerrymandering last year, so it will inevitably continue.

A CMD analysis has found that the most recent state elections will perpetuate the discrepancies between vote totals and legislative seats in many states. In the five states that the USC study determined were the most gerrymandered states—Michigan, North Carolina, Pennsylvania, Virginia, and Wisconsin—Republicans will control eight out of the ten legislative bodies, and in each chamber, Republicans will be overrepresented.

In recent elections, voters were aware of extreme partisan gerrymandering in their states and acted on that knowledge. This year, Virginians overwhelmingly approved a ballot measure to establish a bipartisan redistricting commission, with members appointed by both parties. In 2018, five states passed redistricting reforms, including Michigan, where 61 percent of voters approved an independent redistricting commission. While reforms have passed in some states, the redistricting process in others is still rife with partisanship.

Because the courts mandated some new Virginia districts due to Republicans' racial gerrymandering, Wisconsin has become the worst state for partisan redistricting. GOP lawmakers hold a 10.1 percent advantage in seats over their vote share in the Senate and 7.1 percent advantage in the House. Wisconsinites do not live under minority rule, however, as Republicans won over half of the votes in both chambers.

Michiganders live under minority rule. In both legislative chambers, Democratic candidates won the majority of 2020 votes, yet Republicans hold more seats. Of the five states examined by CMD, Michigan has the most gerrymandered chamber, its Senate. The GOP won just 47.2 percent of the state Senate votes but will control nearly 57.9 percent of the seats, a discrepancy of nearly 11 percentage points.

The state that passed voting restrictions that targeted African Americans "with surgical precision" also enacted extreme partisan gerrymanders, thanks to the Republican-dominated legislature. The courts required lawmakers to redraw both congressional and state legislative districts, but after this year's elections, the state House and Senate are still gerrymandered to favor the GOP. In the House, GOP representatives got exactly half of the state's votes but control 57.5 percent of the seats.

In Virginia, Democrats hold majorities in both legislative chambers, but in the Senate, Republicans will control 47.5 percent of the seats after having won only 39.4 percent of the total Senate votes. Until now, the legislature, which was controlled by Republicans in 2011, drew the electoral districts.

In 2018, the courts forced Pennsylvania legislators to redraw the state's congressional districts after tossing out Republican partisan gerrymanders, but its legislative districts remain imbalanced.