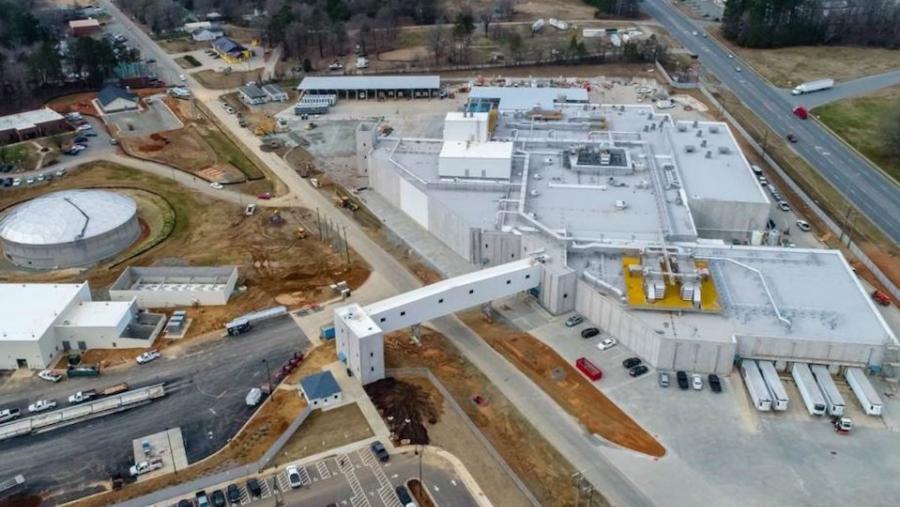 The largest contributor in June 2020 to Americans for Prosperity Action, the PAC for Charles Koch's "grassroots" political operation, has been accused of being slow to protect its predominantly Latinx contract workers from COVID-19 and has faced multiple workplace outbreaks.

Ronald Cameron, the owner and chairman of Mountaire Farms gave $2 million in June to AFP Action, bringing his total giving to the right-wing group to $3.5 million this election cycle.

Mountaire Farms, one of the nation's biggest poultry processors with 7,000 workers in five states, had an outbreak of 74 cases at one of its North Carolina plants in April, and has had an undisclosed number of cases at several other facilities. The company has a long record of health and safety violations prior to the coronavirus pandemic.

In April, Americans for Prosperity joined other right-wing advocacy groups on a letter obtained by The Hill calling on Congress to enact legislation to protect employers from lawsuits over coronavirus-related lawsuits.

Cameron's contributions make him the second largest contributor to AFP Action overall behind Koch Industries, which has donated $7 million so far this cycle. The PAC has raised more than $34 million to date for the 2020 elections, nearly triple its total receipts of $12.6 million for the 2018 elections.

In 2018, AFP Action sent mailings to members and ran television and social media ads encouraging support for Koch's preferred candidates or against the opponents of those candidates. For this November, the PAC is focusing on defending five incumbent Republican Senators, and the outcome of those races will determine what party controls the Senate.

AFP Action is not the only conservative Super PAC funded this election cycle by Mountaire. Cameron also gave $800,000 to President Trump's super PAC, America First Action, and $750,000 to Club for Growth Action.

Mountaire and its chairman are also major campaign contributors directly to candidates. Between 2014 and 2020 the company gave $4.1 million in federal campaign money to Republican candidates, including more than a million for Trump's reelection.

Mountaire was the subject of an investigative report in the New Yorker this month  by Jane Mayer, author of the book Dark Money. She details Mountaire's campaign contributions to President Trump, and the subsequent influence it has on the Trump Administration in relaxing safety standards on the company.

In April, Trump issued an executive order declaring meat processing workers as essential, and Cameron was "appointed to an advisory board on the pandemic's economic impact," Mayer reported.

The money contributed to AFP Action, currently used to keep conservative U.S. Senators in office, shows yet another way the company influences federal policies that, in turn, harm workers.

Mountaire has both temporary contract workers and full-time employees. Its contract workers, mostly Latinx employees, say they are not being adequately protected from COVID-19 outbreaks in the company's plants.

The North Carolina daily News & Observer reported that, "These contract workers say they're even more at risk because they don't have all the COVID-19 protections that have been granted to full-time plant employees — protections that would allow them to stay home if they’re sick, such as paid sick leave, relaxed attendance requirements and hazard pay."

"Some temporary [contract] workers basically have been told that [they are] dispensable," said Ilana Dubester, executive director of El Vínculo Hispano, a nonprofit that advocates for the needs of North Carolina's Hispanic community.

The union, United Food and Commercial Workers (UFCW), representing the full-time, unionized employees, also claims in a federal lawsuit the company is deficient in protecting those workers.

"UFCW officials said Mountaire Farms hired an 'outside contractor' to talk to workers about voting to remove the union. Part of those efforts included 'forcing workers represented by the union to attend captive employee meetings conducted without regard to CDC social distancing guidelines.'"

Both the temporary workers and union employees have real concerns because the company has had COVID-19 outbreaks at most of its poultry processing plants. At the end of April, Mountaire tested 356 workers in a Chatam County, North Carolina plant, and 21 percent tested positive. Mountaire workers in Delaware and another North Carolina plant have also tested positive and been hospitalized.

Poultry plants across the South have high levels of the virus since employees work elbow to elbow, and many have cramped living conditions. A July 10 Centers for Disease Control (CDC) study showed over 4,900 workers testing positive for COVID-19 and 20 deaths in meat and poultry plants in 19 states.

In 2012 and 2013, Mountaire paid almost $9 million to settle two private lawsuits on wage and hour violations, and the company has since 2009 paid $240,000 to the Occupational Safety and Health Administration (OSHA) for non-coronavirus health and safety violations, a large sum considering that most OSHA fines are very small. On July 1, 2020, a Superior Court judge ordered Mountaire "…to pay more than $28,000 in sanctions for repeatedly refusing to provide information to plaintiffs suing the company over wastewater violations in southern Delaware."

Mountaire has not reported spending any money on federal lobbying, but Cameron has used "his share of the company's assets to influence American policy and politics by funding socially conservative and business-friendly candidates and advocacy groups," Mayer reported.