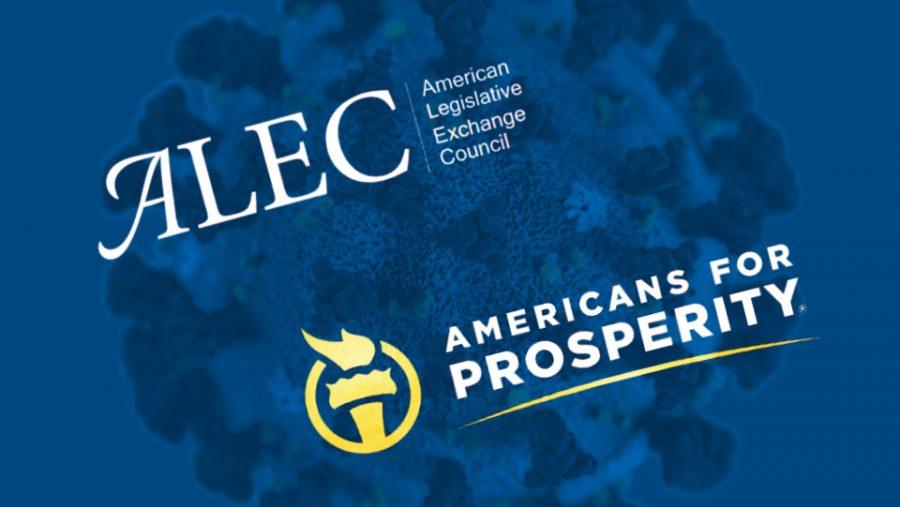 In early May, Ohio Gov. Mike DeWine announced $775 million in state budget cuts, including $210 million from Medicaid and $355 million from education programs. The state amassed a large deficit as tax revenues took a nose dive because of the coronavirus's effects on Ohioans' economic activity. Ohio's 2020-21 projected budget shortfall is at $2.4 billion.

Ohio municipalities are also struggling, and mayors say they need federal aid. A Brookings Institution report published on March 31 predicted that, due to reliance on tax revenue, the region hit the hardest economically by the COVID-19 crisis would be the Heartland, and four out of the five hardest-hit cities in the U.S. would be in Ohio—Columbus (hit the worst), Cincinnati, Toledo, and Cleveland.

Columbus is $41.5 million short of its 2020 budget and has cut $26 million worth of expenses. Cincinnati has budget shortfalls of $15 million in 2020 and an estimated $91 million in 2021, one-quarter of the city's budget that year. The city furloughed 1,700 workers in March. Toledo could face a shortfall of up to $50 million, and it put 300 city employees on temporary emergency leave starting in April. Cuyahoga County, which includes Cleveland, faces a $76 million loss in revenue.

But despite the mounting pandemic-induced fiscal crisis, Koch-funded groups like Americans for Prosperity Ohio and the American Legislative Exchange Council (ALEC) are lobbying hard to block any relief from the federal government. Americans for Prosperity wants state and local governments to sort out their huge budget deficits on their own, citing "chronic structural fiscal problems" and claiming that officials have "spent lavishly, borrowed excessively, and ignored looming pension debt."

The Koch-backed groups appear to be taking advantage of the crisis to advance their ideological goals and further undermine public education and public employee unions.

Collectively, U.S. state budgets will endure budget shortfalls totaling $615 billion over the 2020-22 fiscal years, according to the Center on Budget and Policy Priorities, and local government deficits will total billions more. States possess only $75 billion in their rainy day funds.

Congress is considering a new relief package, which may include funds to bail out struggling state and local governments. But the Ohio branch of Americans for Prosperity (AFP), not satisfied with the significant state cuts, wants to prevent federal aid from helping the state or its local governments from squaring their budgets.

The Koch-funded advocacy group, which has always fought against government spending, taxes, and regulation, has been campaigning against a provision of the HEROES Act, which passed the House on May 15 and includes nearly $1 trillion to help state and local governments close budget holes. The bill is stalled in the Senate.

The national AFP has run ads on Facebook and Instagram decrying the state and local bailout provisions of the HEROES Act and urging people to sign an anti-bailout letter. AFP Ohio has posted a number of videos of Ohioans opposing the bailouts, is urging people to contact Ohio's senators to urge them to vote against a bailout, and has also posted a link to an anti-bailout letter.

As of April 29, the mayor of Lancaster, Ohio had laid off 18 firefighters and 15 police officers because of a budget crunch. But a letter written by AFP encourages people to "tell the state governors and local communities to STOP exploiting their firefighters, teachers and other state workers to justify these bailouts."

Gov. DeWine's cuts include a $300 million loss for Ohio's K-12 public schools, and 20 school districts are losing $304 per pupil. Franklin County, home to Columbus, will lose $32.6 million in school funding, or 4 percent of its budget.

According to AFP, state and local governments have made irresponsible spending decisions in the past, so, during a once-in-a-century economic crisis, taxpayers shouldn't bail them out.

The group's "Federal Budget Assistance for State and Local Government" report says that instead of receiving bailouts, state and local governments should use their so-called "rainy day" funds and cut spending.

Americans for Prosperity is largely funded by the Stand Together Chamber of Commerce, a dark-money trade group founded by Charles Koch and his political network. Koch's enormous wealth—his current net worth is $50.7 billion—comes from Koch Industries, his private, industrial conglomerate. According to its website, Koch Industries employs 860 people in Ohio through its companies Georgia-Pacific, Infor, Koch, and Koch Engineered Solutions.

Over the years, Koch Industries has received $527 million in state and local subsidies, including in Ohio, where pulp and paper product company Georgia-Pacific received over $1 million in 1994, according to Good Jobs First. That's on top of $9 million in federal grants and tax credits.

AFP isn't the only Koch-backed group campaigning against a federal bailout of state and local governments.

In May 12 letter, the conservative American Legislative Exchange Council (ALEC), a pay-to-play operation that writes model state legislation with the help of corporate lobbyists, urged federal politicians not to bail out the states, claiming that such a bailout "would be harmful to taxpayers, federalism, and ultimately the states themselves."

In 2002, the Cincinnati Post dubbed Brinkman, who represents parts of Cincinnati, "Dr. No," meaning "no taxes for men and no rights for women," according to a Wikipedia citation. In 2018, Brinkman was the only dissenter in a House vote to end the tax on women’s hygiene products.

Leaders from dozens of right-wing groups, including a number directly funded by the Charles Koch Foundation, signed a May 8 letter from the Conservative Action Project that urged Congress to reject state and local bailouts. The Conservative Action Project is an arm of the secretive, right-wing Council for National Policy, which helped coordinate protests of the coronavirus-caused lockdowns.