ALEC Corporations Are Leaders in Workplace Discrimination and Harassment 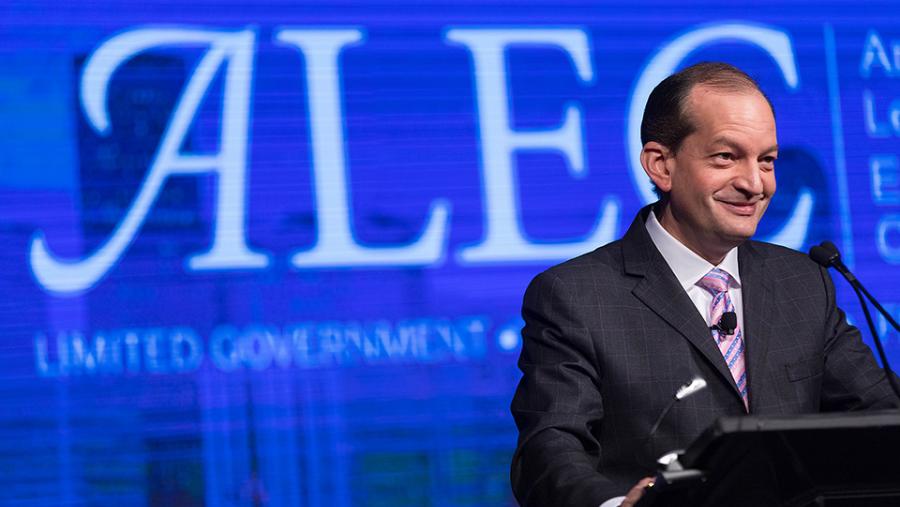 Since 2000, corporate members of ALEC piled up almost $150 million in fines, penalties, and court settlements in cases involving racial and age discrimination and harassment.

ALEC is the American Legislative Exchange Council, the secretive body that brings together state politicians and corporations to write bills behind closed doors that undermine worker rights, and rollback consumer and environmental protections.

The findings come from a new report by the Corporate Research Project of Good Jobs First that looked at "private lawsuits brought in federal or state court as well as cases brought with the involvement of the Equal Employment Opportunity Commission (EEOC) and the U.S. Labor Department's Office of Federal Contract Compliance Programs (OFCCP)."

The Center for Media and Democracy (CMD) has reported in the past on the federal regulatory violations of ALEC, but this new study looked for the first time at court settlements for workplace discrimination and harassment where the settlements were made public, a subset of all lawsuits.

Even though most court settlements are sealed the study still found "that since the beginning of 2000, large corporations are known to have paid $2.7 billion in penalties, including $2 billion in 234 private lawsuits," and $669 million in federal regulatory agency fines and penalties, for a total of almost $3.4 billion.

Just 11 ALEC companies accounted for almost $150 million of this total. 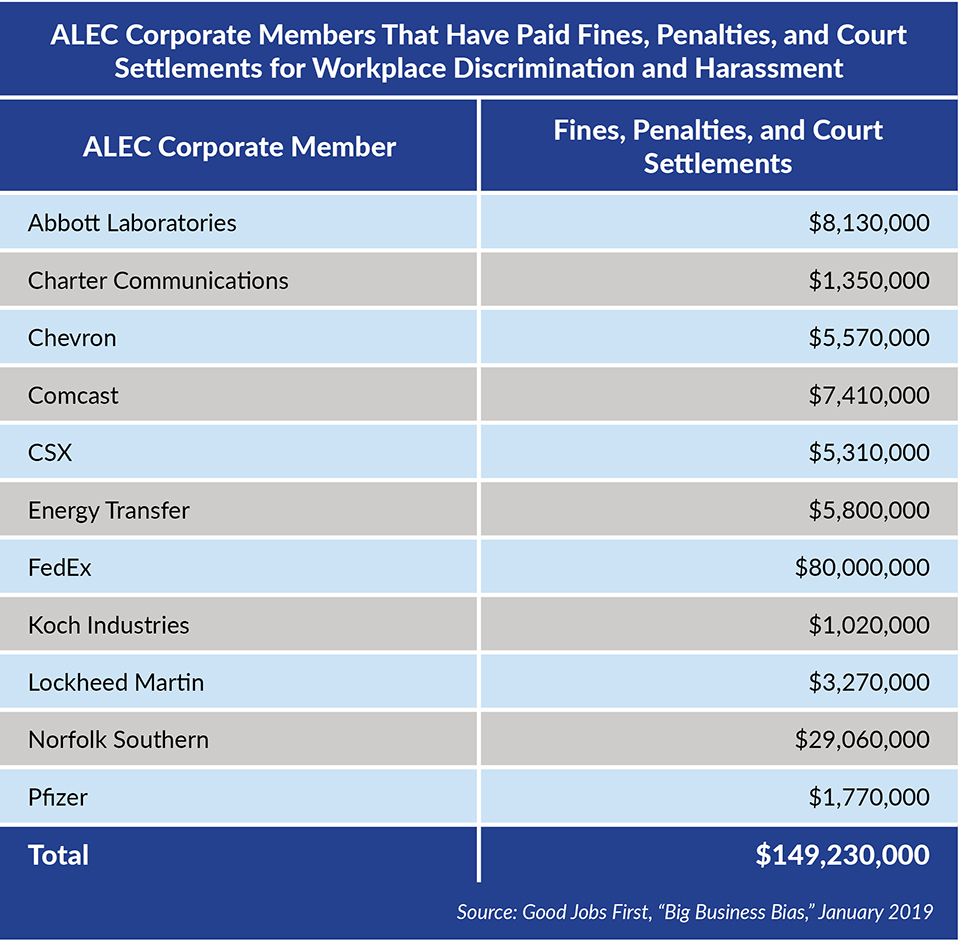 Federal Express settled a $53.5 million class-action lawsuit in 2007 in California for discrimination "against its African American and Latino workers by passing them over for promotion, paying them less than white workers and treating them unfairly in evaluation and disciplinary proceedings."

The settlement, covering 20,000 FedEx employees working in western states since 1999, was among the largest class-actions in the Corporate Research Project study.

In 2000, Norfolk Southern settled a race discrimination class-action lawsuit for $28 million, accused of discriminating against its African-American workers for promotion and training opportunities.

Apparently ignoring the lesson, Norfolk Southern paid $492,000 in federal regulatory fines in 2016, and the EEOC has alleged in a 2017 case that the company was engaging "in a practice of medically disqualifying workers without proper consideration of whether, or to what extent, their conditions may or may not affect the workers' ability to safely perform the jobs they sought or already held."

Not all large court settlements result from class-actions. In 2016, "A former national sales manager with Abbott Laboratories in Puerto Rico was awarded $4.25 million for age discrimination, including being demoted without cause at age 50."

"Comcast said it will also make it easier for employees to complain about racial discrimination in the workplace" and eliminated disciplinary actions that workers said held them back.

Note: Lockheed Martin is not a paying member of ALEC but is included because it provided "scholarships" to legislators, picking up some of the cost of their attendance at the group's Spring 2018 Policy Summit.