Time for a Clean Sweep at the Capitol | PR Watch

Time for a Clean Sweep at the Capitol 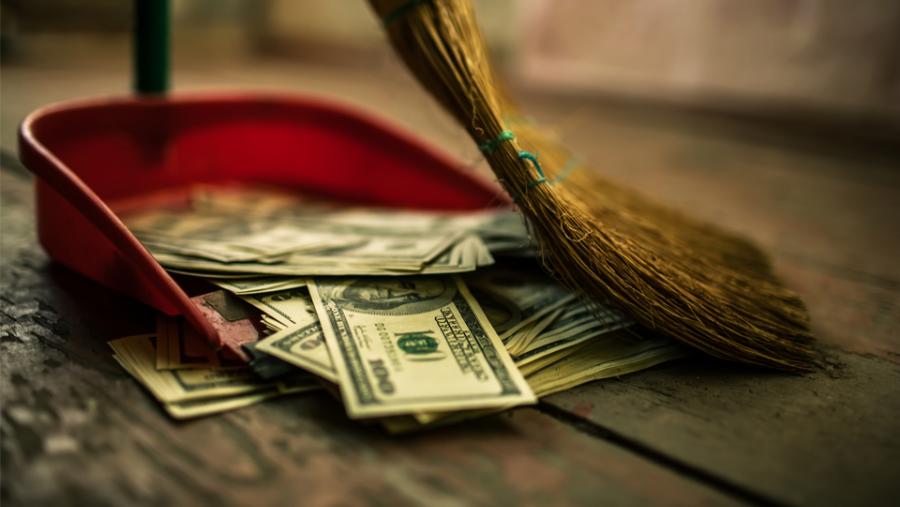 When I arrived in Madison in the early 1990s from the mean streets of Philadelphia, I thought Wisconsin's commitment to clean and open government was quaint, charming -- at times a little irritating. Badger Rules, the state ethics code, meant that legislative staffers like myself couldn't even take a cup of coffee from a lobbyist, and I remember one lowly public official was nabbed for using a state phone for a few private calls.

My, have things changed. The lame-duck power grab in the Capitol, which weakened the powers of a newly elected governor and attorney general, blocked their ability to withdraw the state from a lawsuit against the Affordable Care Act (a key campaign promise) and limited early voting, is the pinnacle of arrogant corruption -- undoing the will of the people literally the week the results of the election were certified.

With split governance, we could throw up our hands in defeat or roll up our sleeves and get working.

With the election of Tony Evers, it is time for a clean sweep in the Wisconsin Capitol -- time to put on the rubber gloves and pull out the heavy-duty scrubbers. There is a lot of grit and grime and we gotta get into the dark corners.

End the dark money loophole. Wisconsin needs to put an end to the dark money loophole that allows politicians to solicit unlimited, secret campaign donations and funnel them through a third party. Thanks to Gov. Scott Walker and his dark money cronies, politicians can now legally call up a millionaire, let's say John Menard, and ask for a $1 million check and launder it through a secret money group. Menard used a corporate account to cut the check, and as payback, the Walker administration looked the other way on Menard, Inc.'s environmental breaches. This practice has to end. We need to go back to the days when politicians couldn't coordinate with or raise a nickel for a dark money group.

Force public records in to the light of day. Politicians should not be allowed to destroy public records at will. Majority Leader Scott Fitzgerald (R-Juneau) deletes his calendar daily so you can't get your mitts on it. Other politicians delete emails annually, monthly, whenever they please. The problem is that members of the Legislature do not have the same requirements to retain emails and other important records that the governor and his cabinet have. State Sen. Chris Larson (D-Milwaukee) calls it "an invitation to corruption." How can the public learn about those inappropriate or illegal sweetheart deals if Old Fitz is allowed to ditch his docs?

Take away the get-out-of-jail-free card. Politicians should not be able to exempt themselves from prosecution for political corruption or pick the court where their cases are heard. Can you imagine Congress passing a law exempting itself from scrutiny by a grand jury? Or federal lawmakers telling Washington D.C. prosecutors that they would rather have the case heard in their own home town? The nation's newspapers would go berserk and late night comedians would be in a tizzy. But that is what Fitzgerald and Assembly Speaker Robin Vos (R-Burlington) did when they passed a law that said only the average person -- not political operatives -- could be prosecuted using our John Doe criminal procedure (similar to a grand jury). And former Speaker Scott Jensen lobbied for another law that allowed politicians to pick their venue if prosecuted.

Ditch the Motion 999s which allow the Joint Finance Committee to stuff special interest favors into the budget bill. Budget bill amendments, called Motion 999s, were created to be a final "technical fix" of the giant budget. But under the Wisconsin GOP, they have expanded into a grotesque display of pay-to-play politics favoring the bottom feeders of the lobbying world. After lead paint billionaire Harold Simmons secretly gave a GOP dark money group $750,000 to help fight the recall elections faced by Walker and other Republicans, Eric J. Petersen, a lobbyist for the tobacco and paint industries, slipped four words into a Motion 999 to nullify the lawsuits brought by lead poisoned-children against manufacturers. A lowlight for abuse of power, but a highlight for the Wisconsin justice system, which quickly threw the measure out in state and federal court as blatantly unconstitutional.

Get rid of the simmering cesspool called the Wisconsin Economic Development Authority (WEDC). Days after Walker took office in 2011, he introduced a bill creating the "public-private" development agency. From the get-go the privatized agency was plagued by allegations of incompetence and corruption. Audit after audit showed that WEDC was lying about its job creation numbers and granting loans to crooks and liars, many who had given campaign contributions. One of those crooks went to jail, but no politician was held accountable. In the lame duck, the GOP made it easier, not harder, for companies to dodge job creation requirements. It is time to dismantle WEDC and put grant and loan programs back under the control of competent state officials with their sights on a new economy of green jobs, sustainable rural communities, and high-road manufacturing.

Hope for a significant overhaul of anti-corruption measures rests with a redistricting process after the 2020 census that gives reform-minded Democrats fair representation. "Gerrymandering is the cornerstone of change," says Rep. Chris Taylor (D-Madison). "If they can rig these districts they can rig our democracy." The status quo, she adds, "is not government for the people, it's government for the politicians." Until then, watchdog groups will keep shining a light in dark corners and keep the Lysol handy.

This article was first published in the Isthmus.