Schimel, Walker Went to Bat for Koch Brothers in Fight for Donor Secrecy 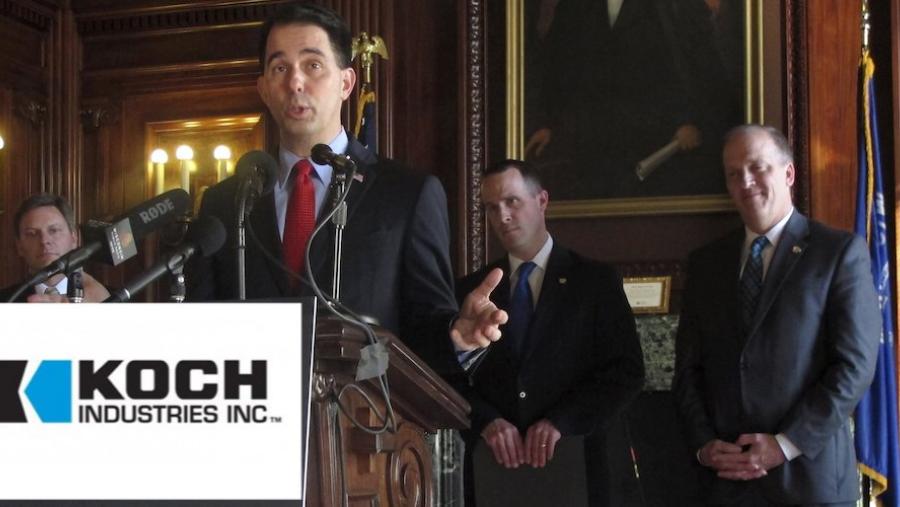 The action put Wisconsin on the side of the Koch brothers in their aggressive campaign to limit disclosure of the IRS form that requires nonprofits to list donors of $5,000 or more, and to eliminate the filing requirement in the first place. Those "Schedule B" filings are not available to the public, but California and a handful of other states require nonprofits to provide state regulators with a copy.

The Koch's American for Prosperity (AFP) Foundation joined a Thomas More Law Center court challenge to California's requirement. After three years of litigation, a three-judge panel in the U.S. Ninth Circuit Court of Appeals ruled in favor of the state.

"The court of appeals was ultimately not persuaded that the Foundation should be entitled to sidestep a general law regulating tax-exempt groups based on the minute possibility that a confidential regulatory disclosure requirement would expose its donors to a 'substantial probability' of threats, harassment, or reprisals," said the Campaign Legal Center, which filed a brief in support of California in the case.

Schimel joined with attorneys general from Arizona, Alabama, Louisiana, Michigan, Nevada, and Texas to file an amicus brief in support of AFP's foundation in the appeal. Late last month, Schimel and nine other state AGs also asked for the case to be reheard by the whole Ninth Circuit.

"The Koch Brothers, including their political vehicle -- Americans for Prosperity -- are so completely intertwined with the Republican Party of Wisconsin, Scott Walker, and Brad Schimel through millions of dollars contributed and through close campaign coordination -- that any suggestion that Wisconsin joined the lawsuit supporting AFP on the 'merits' of the case and not the money, is laughable on its face," said Jay Heck, executive director of Common Cause in Wisconsin. "When AFP tells Walker and Schimel to jump, their automatic reply is 'how high.' Everyone in Wisconsin knows that."

While AFP has not contributed to Schimel's reelection bid, Koch Industries Political Action Committee has given him $10,000. The Republican Attorneys General Association (RAGA), an organization that has received over $500,000 from the Kochs this cycle, has also given Schimel $44,000 through its RAGA Action Fund and has taken out a $2.5 million ad buy in support of his campaign.

Walker, on the other hand, has been one of the biggest beneficiaries of the Kochs' AFP operation, receiving millions in support from the group each election cycle.

AFP maintains eight permanent offices in the state and has spent more than $11.6 million since 2010 electing Republicans, according to Matt Rothschild, executive director of the Wisconsin Democracy Campaign, which tracks campaign spending in the state.

Walker and Schimel Have a History of Secrecy

The latest move follows a pattern of secrecy for both Walker and Schimel. Three of Walker's former cabinet members recently confirmed in a letter that his administration does everything in its "power to avoid transparency in his decision-making process."

When Walker struck the "search for truth" and the Wisconsin Idea from the University of Wisconsin's mission in the budget bill in February 2015, CMD was the first to report it. When Walker claimed "drafting error," CMD sued under Wisconsin's open records law, proving that the language was Walker's own idea and forcing him to back down from the attack on the Wisconsin Idea.

Similarly, CMD was the first to report that a secret dark money group called the Rule of Law Project spent big on Schimel's first run for Attorney General in 2014. CMD promptly sent an open records request to then District Attorney Schimel asking for records regarding the group, but was rebuffed.

CMD sued Schimel in September for also refusing to turn over 1,900 public documents related to his litigation aimed at overturning the Affordable Care Act and its protections for preexisting conditions. The case is pending before Judge Richard Neiss.