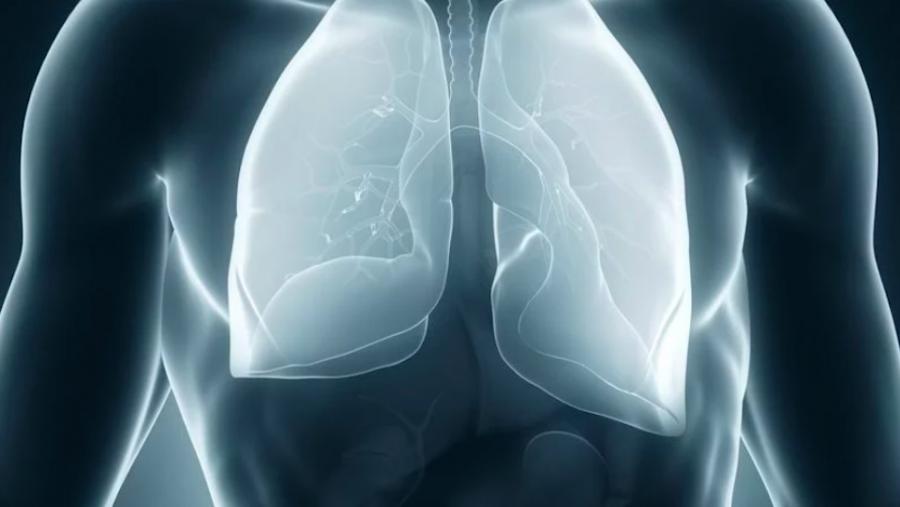 By Don Wiener and Mary Bottari

Why is ALEC so fond of DeGroot? Because he has cheerfully championed ALEC legislation to restrict the right of terminally ill, asbestos victims to sue over mesothelioma. In doing so, DeGroot is helping the many U.S. companies, including ALEC funders Koch Industries and Nationwide Mutual Insurance Company, that have asbestos-related liability.

Nationwide, Not on Your Side

Mesothelioma is an aggressive type of lung cancer caused by exposure to asbestos. Even though the dangers of deadly asbestos have been known for over 100 years, industry worked hard to bury evidence that workers were being harmed by asbestos exposure. Three thousand people are diagnosed each year with mesothelioma in the United States and most die within a year or two. Most victims are public servants, veterans, firefighters, even teachers exposed to asbestos in schools.

In addition to being an ALEC politician, Degroot is an attorney for an insurance defense firm, Brown & James, which represents dozens of insurers who, in turn, have as clients companies responsible for mesothelioma-related claims. One of the firm's clients is Nationwide. Sources tell the Center for Media and Democracy (CMD) that Nationwide was actively pushing the bill in Missouri, although it was not publicly listed as a supporter of the bill.

In many states, a legislator who introduced a bill benefitting his firm's clients could face ethics charges or worse. In Missouri, "it is unseemly, to say the least, and one of the reasons we need ethics reform in this state," said deputy director Sharon Geuea Jones of the Missouri Association of Trial Lawyers.

Nationwide has long been a corporate sponsor of ALEC. In 2014 and 2015, for example, Nationwide incurred asbestos-related losses of $148 million and $98 million respectively, giving it one of the largest asbestos liabilities of any insurer for those years, according to Casualty Actuaries of Greater New York.

At ALEC, corporate lobbyists and politicians vote as equals behind closed doors on "model" bills that advance corporate interests over consumers' interests. DeGroot's bill, HB 1645 or "The Asbestos Transparency Act," bears a striking similarity to ALEC's "Asbestos Claims Transparency Act." The Missouri House passed the bill in March, but the Senate has yet to take action.

The bill would force victims of asbestos to search out bankrupt companies that made asbestos, not just companies still in business. The problem for the injured is that many companies that made asbestos or had asbestos products have sought bankruptcy protection and are now in trusts. These trusts are more difficult to sue, their assets are harder to determine, and the victims often die before their case is heard. The bill would also limit the time victims have to bring a case after diagnosis, even though it takes more time to prepare for a suit against bankrupt companies.

DeGroot can't say enough about how awesome ALEC's cookie-cutter corporate legislation is. "ALEC and ALEC model policy are a great resource. ALEC was able to put me in touch with an expert who was willing to travel to Missouri to testify in support of one of the bills I filed, Asbestos Transparency Trust," DeGroot said in an ALEC interview.

That "expert" was Mark Behrens, a partner of the Kansas City law firm Shook, Hardy & Bacon. The firm has a national reputation for representing deadly industries like Big Tobacco. Behrens travels around the country lobbying on behalf of ALEC's many asbestos bills, but tells the public that he is representing other clients like the U.S. Chamber Institute for Legal Reform.

The first legislator to speak was Republican Rep. Steve Cookson, who is suffering from liver cancer. "I have been up here for eight years and most bills that we talk about are about protecting somebody's money.… This bill is designed to protect out of state companies and insurance companies."

Cookson went on to say that in the past he had been supportive of some tort reform bills. "I reflect back now, and you know I have a personal situation going on right here. I think a lot more about life and death. I would ask you, did you ever contemplate the way you want to die?" he asked of DeGroot.

"Well that is a bit personal," responded DeGroot with a nervous laugh.

"Well, so do you want to die a slow death where you lay there in the bed and suffocate to death?" asked Cookson.

Cookson went on to say that for the time he had left in the legislature, he wanted to make sure he was on the side of those "laying in the hospital for a long long time suffering, surrounded by their families…. I can't bring myself to be in support of anything that would compromise a person's ability to be made whole, and their family to be made whole because they had to leave this world in a horrible fashion in an abbreviated time they would have been expected to live."

The ALEC bill offered by DeGroot would mean that many victims would not live to see their day in court. As one opposing legislator, Rep. Jay Barnes explained, "the best evidence in an asbestos case is the plaintiff, and when they die, that goes away."

Koch Industries is the largest privately held company in America, with multiple subsidiary firms. When Koch acquired the paper company Georgia-Pacific LLC in 2007, it also became responsible for Bestwall LLC, which up until 1977 made a joint compound that contained asbestos. And because mesothelioma symptoms only appear after 10 to 50 years, Koch knew that when it purchased Georgia-Pacific, it also became responsible for thousands of asbestos lawsuits.

Koch Industries is a big financial supporter of ALEC and has served on the ALEC private enterprise board for many years, including in 2007 when the ALEC board approved the Asbestos Claims Transparency Act. Subsequently, in 2017, Koch Industries put Bestwall into bankruptcy to limit its exposure to mesothelioma lawsuits.

An affiliate of Koch's Georgia-Pacific, Bestwall, joined "scores of U.S. manufacturers that have filed for bankruptcy due to asbestos litigation, and comes as the U.S. Congress mulls a bill that plaintiffs' lawyers say would discourage asbestos claims," wrote Reuters. The misnamed FACT Act is supported by ALEC, the U.S. Chamber of Commerce, and companies with billions of dollars of liability for asbestos claims, including Koch Industries.

Koch now argues that Bestwall was only a minor user of asbestos, but construction workers were exposed to multiple sources of asbestos, and since many of the responsible parties no longer exist, victims' lawyers are forced to sue more than one company.

Koch complains it is spending $160 million a year defending its subsidiary against asbestos lawsuits. It could have set up a trust fund from the beginning when it acquired Bestwall to pay victims with that money instead of fighting every lawsuit, and is now slowing the process by putting the company into bankruptcy.

Americans for Tax Fairness estimates that the Kochs will get $1.4 billion from the Jobs and Tax Cut Act of 2017, money that could be used to pay asbestos victims before they die.

Instead, Koch and its allies are working hard to pass laws that run out the clock.