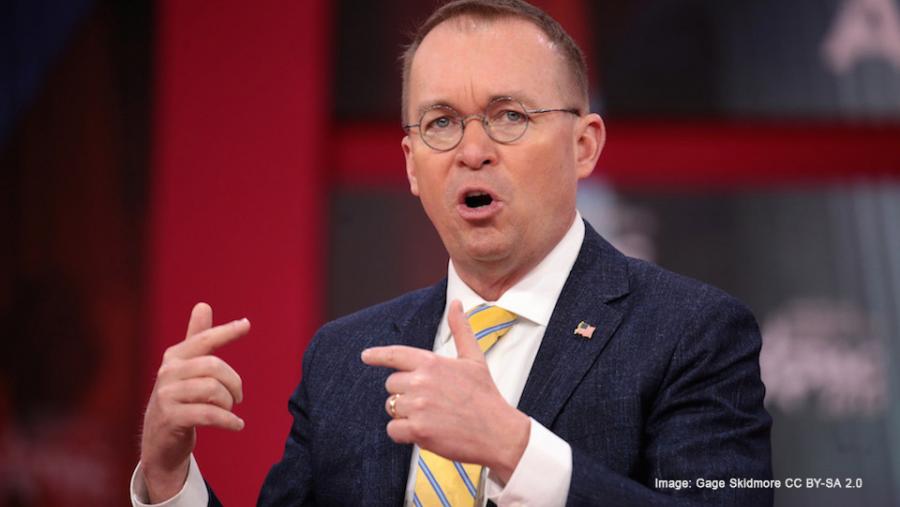 Corporate members of the American Legislative Exchange Council (ALEC) are benefiting from the deregulation frenzy of the Trump Administration. ALEC of course is the corporate bill mill that provides a library of lobbyist-drafted or approved "model legislation" to right-wing state lawmakers across the land.

Advance America is the largest payday loan lender in the United States, with 2,500 locations. The company did not return our call about its latest activities, but in 2014 Advance America was listed as a "trustee level" financial sponsor of ALEC.

The Trump administration's treatment of Advance America and the predatory payday loan industry shows how the Trump teams "deconstruction of the administrative state" often pits the low income and working poor against giant companies, companies that enjoy the protection of the politicians who take their money.

The Center for Media and Democracy has crunched the numbers and Advance America had over $40 million in class action lawsuit pay-outs, fines and restitution as a result of cases brought by state attorneys generals since 2009. The company was found to be cheating consumers by overcharging and ladling on the hidden fees. In some instances, when people authorize withdrawals from bank accounts to pay the loan, the banks will also charge fees.

This type of predatory lending prompted the Consumer Financial Protection Bureau (CFPB), the federal consumer agency championed by U.S. Senator Elizabeth Warren and President Obama, to crack down on the industry.

Among other things, the CFPB issued a rule in 2017, that would have forced the payday industry to "reasonably determine that the consumer has the ability to repay the loan," and would have prevented lenders from attempting to collect payment from people's bank accounts in ways that racks up excessive fees. The rule also would have made payday loan companies notify consumers before attempting to withdraw payments from their account.

Many consumer groups including Americans for Financial Reform and U.S. PIRG consider Trump's appointment of Mulvaney to be illegal. Mulvaney already had a job as the director of the Office of Management and Budget. The CFBP already had an acting director as provided by statute, long-time CFPB deputy director Leandra English. Now the issue is in court and a federal judge is expected to rule soon.  But Mulvaney did not sit around waiting for the courts to rule, he got right to work.

As a Republican U.S. House member from South Carolina, Mulvaney took over $62,000 from payday lenders. This week he gave a speech to the American Bankers Association and told them how his office operated.

Well, Mulvaney appears to have carried that policy, right into the nation's most important consumer protection agency. In December 2017, Mulvaney abnegated his responsibility to protect consumers by deciding to indefinitely postpone the new payday lender rule.

By putting the rule on ice, Mulvaney helps Advance America and other payday lenders by allowing them to continue to lend short term money without any real credit check of borrowers.

Next he dropped the CFPB lawsuit against four predatory lenders who were unlawfully making loans with interest rates of an astounding 950 percent APR in at least 17 states. Mulvaney even wants to deep-six the critically important, public data base where consumers can register complaints against abusive financial firms, reports NPR this week.

There is a need for short term lending in times of economic distress for consumers and especially for those who are "unbanked"--do not have access to affordable community banks or credit unions in their neighborhoods--but the industry has a long history of charging excessive fees and interest rates, as much as 500% per year in some states, and then suing borrowers and garnishing wages for repayment.

Payday loans "trap borrowers in an unaffordable cycle of debt, causing severe financial harm such as bank penalty fees, delinquency on other bills, or even bankruptcy." Mulvaney's action "shows disdain for consumer protection and low-income communities that are targeted by these debt trap loans," says the public interest group Stop the Debt Trap.

The history of state attorneys general lawsuits and class action claims against Advance America, summarized below, as well as the fact that almost all payday lenders do business in multiple states clearly shows the need for federal legislation, not just state oversight, which might be spotty in some states.

2018: Advance America forced to pay $160,000 to state of California and refund $88,000 to customers for charging above legal interest rates, and for using lead generators to find borrowers, a practice prohibited by California law.

2015: Advance America agrees to refund $8 million in loan fees and interest to Pennsylvania customers and write-off $12 million in loans, for exceeding state interest rate limits by charging excessive fees to get around the state interest rate cap. "We maintain that this company disguised its outrageous interest rates as fees, misleading consumers and violating the law," former state Attorney General Kathleen Kane said. "Payday lending practices adversely impact vulnerable consumers and often force them into a cycle of debt from which many cannot recover."

2010: Advance America settles a class action lawsuit in North Carolina by paying 140,000 customers $18.75 million in restitution. In both the class, the largest of its kind against a payday lender and the state Attorney General accused Advance America of charging excessive fees and fines.

2009: Advance America agrees to pay a minimum of $2 million to Georgia borrowers to settle all class action claims in the state. The average borrower would receive up to $90 to settle lawsuits that claimed the company violated state law by charging excessive fees to get around interest rate caps.