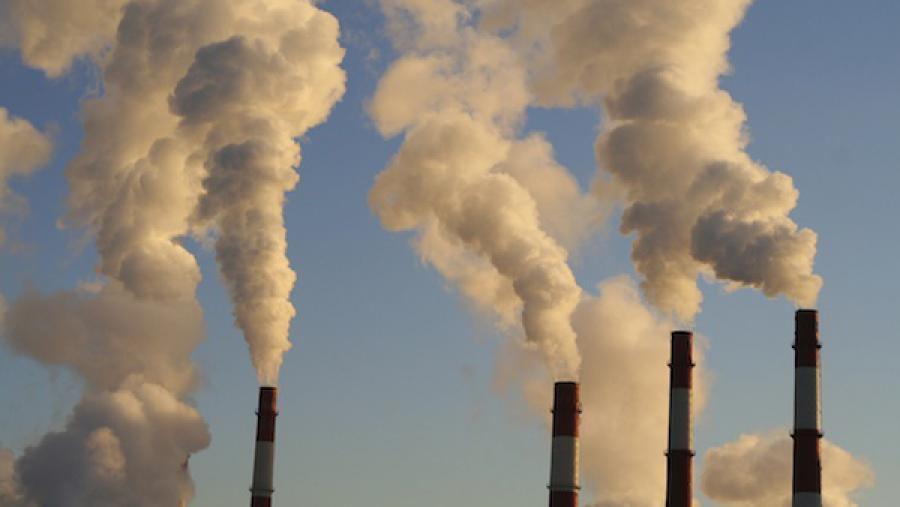 While waiting for a nomination to the Environmental Protection Agency, Andrew Wheeler, a coal lobbyist, cozied up with the senators who would decide upon his appointment in the most direct way possible: giving them money.

Wheeler, who was first rumored to be tapped for the EPA last March, raised funds for Republican senators on the committee that makes the preliminary decision on confirming appointments to the agency.

In October, Wheeler was formally nominated to serve as the deputy administrator of the EPA, the No. 2 slot at the agency. His confirmation hearing was in November; the Senate panel approved his nomination, but it never went before the full chamber for a final vote. His nomination came back before the committee at the start of the new legislative session last month and a vote is expected Wednesday.

Wheeler manages the energy and natural resources practice at the law firm of Faegre Baker Daniels. His lobbying energy clients have included the coal company Murray Energy, the largest privately owned coal firm in the United States, as well as Xcel Energy, a major utility interest group. Public disclosures show that Wheeler most recently lobbied for the firm in August 2017.

Before he joined the law firm in 2009, Wheeler spent 14 years as a staffer for Inhofe, including as chief counsel for the senator on the Environment and Public Works committee. Wheeler is also a Donald Trump donor, having given $1,000 to Trump Victory, a joint campaign committee that worked to elect Trump and other Republicans in 2016.

Neither Barrasso nor Inhofe’s office responded to a request for comment. A spokesperson for Faegre Baker Daniels declined to comment.

If confirmed, Wheeler’s work will almost certainly intersect with the environmental issues he worked on as a lobbyist. The EPA is currently involved in a complicated effort to unwind the carbon dioxide limits imposed on coal-fired power plants.

Speaking at a coal conference in 2016, Wheeler depicted the Obama-era limits on power plant pollution as an assault on the coal industry. “We’ve never seen one industry under siege by so many different regulations from so many different federal agencies at one time,” Wheeler said. “This is unprecedented. Nobody has ever faced this in the history of the regulatory agenda.”

For instance, Andrew Olmem, a White House adviser and former hedge fund lobbyist, was granted a waiver to work on insurance regulations and communicate with his former clients regarding issues related to Puerto Rico. Former Koch Industries lobbyist Michael Catanzaro, also an adviser to Trump, was given a waiver to influence environmental regulations.

EPA Administrator Scott Pruitt’s nomination was also clouded by questions about conflict of interest. As Oklahoma attorney general, he sued the EPA 14 times; as EPA chief, he became a defendant in the lawsuits he had once filed.

Wheeler’s nomination is yet another triumph of Bob Murray, chief executive of Murray Energy. Murray, one of the most outspoken Trump supporters in the corporate world, has loudly criticized Obama-era rules and regulations on environmental issues.

But Trump’s election radically changed the politics of environmental protection. Murray has boasted of his access to and influence over the Trump administration, which has aggressively worked to repeal clean air, water, and mine safety rules.

At a Heritage Foundation event in November, Murray praised the work being done by the administration to support the coal industry. “We can’t talk to ourselves,” said Murray. “We’ve got to find a way to get it out there. That is why I have spent so much time with this Trump administration. because they are in power, and so far, I’m credible with them and they come to me.” Murray added that he had met privately with Trump seven times.

When Pruitt faced his own Senate confirmation hearing last February, Murray Energy deployed a busload of miners to support him in the committee.

Now, if Murray Energy arranges meetings with the EPA, a former lobbyist for the company may well be sitting across the table.