Credo Delivers Petition to UPS Demanding that It Drop ALEC 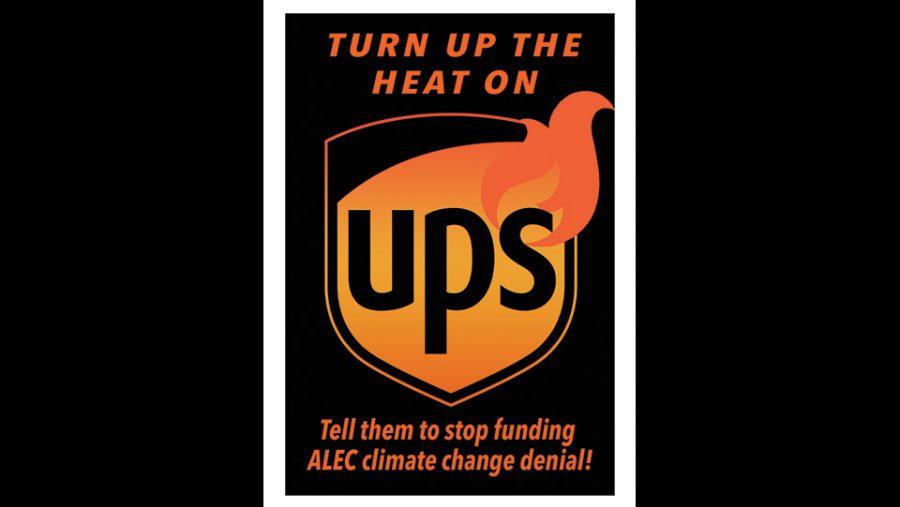 The petition was sent as ALEC members, including UPS, meet in Nashville for the group’s annual States and Nation Policy Summit.

CMD reported earlier today that, “One of the most extreme and divisive proposals on ALEC’s agenda is a proposed resolution calling on EPA Administrator and ALEC alumnus Scott Pruitt to review, and ultimately repeal, the EPA’s 2009 finding that greenhouse gases are endangering the planet and public health.”

UPS is on ALEC’s “Energy, Environment and Agriculture” task force that will decide on the resolution this week. UPS has also consistently been a “Vice Chairman Level” sponsor of ALEC meetings and summits, despite marketing itself as pro-environment and as a leader in sustainable shipping.

When Common Cause’s Jay Riestenberg reached out to UPS for comment, Jim Bruce, the Senior VP for Corporate Public Affairs at UPS stated that the company fought the resolution under consideration and signed onto a letter opposing it. Bruce added that UPS is not considering leaving ALEC at this time.

On December 5, Senators Sheldon Whitehouse (RI) and Elizabeth Warren (MA) called out UPS, along with Pfizer, in the Washington Post for funding ALEC’s anti-environment agenda.

“UPS recognizes that carbon emissions ‘affect our climate and pose a serious challenge to the environment — and ultimately to the global economy’ and ‘supports global and national efforts to mitigate the impact of climate change,’” the Senators wrote. “The company has committed to reducing carbon pollution from its ground operations by 12 percent and [to] get 25 percent of its electricity from renewable sources by 2025. Yet Pfizer and UPS fund a group engaged in a decades-long anti-climate campaign.”

More than 100 corporations have left ALEC in recent years, many because of the group’s radical climate denial stance. CMD and Common Cause filed an IRS whistleblower complaint against ALEC last year for taking more that $1.7 million from Exxon to promote an American Petroleum Institute plan to cast doubt on climate science and to push the oil giants state energy goals in violation of federal tax law.

“Despite claiming to have a commitment to sustainability, what UPS is actually sustaining is one of the most harmful anti-climate groups in the United States,” Credo argued in its petition.