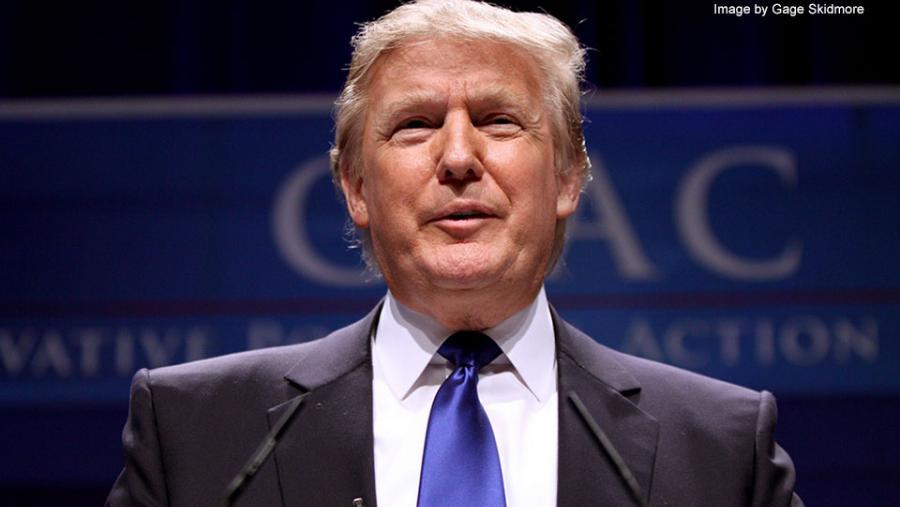 Never one to be persuaded by scientific evidence, President Donald Trump is in Florida today pushing one of the American Legislative Exchange Council (ALEC)'s school privatization schemes even as a fresh batch of evidence emerges showing that private and religious school vouchers harm the students who use them along with the public schools robbed of taxpayer funds in too many states.

Politico reports that the Trump administration is considering a plan to install a $20 billion federal tax credit scholarship program that would have the federal government reimburse wealthy individuals and corporations dollar-for-dollar for money they “donate” to students to attend participating private schools instead of public schools.

The National Coalition for Public Education says these types of tuition tax credit programs are vouchers by another name, listing them as one of the four types of voucher programs. Others call the programs “tax credit vouchers” or “neo-vouchers.”

Unlike the most commonly understood voucher programs, where the state directly reimburses a private or religious school for tuition costs, tuition tax credit proposals offer tax credits to individuals and corporations who donate to a nonprofit "school tuition organization." The nonprofit then pays for a student's tuition, and the government repays the donors by either decreasing the amount of tax they owe by the amount of their donations, or by increasing their tax refunds.

The proposal tracks ALEC's cookie-cutter "Great Schools Tax Credit Act" which has been adopted in some form in 17 states. As the Center for Media and Democracy (CMD) detailed in a 2016 report, this bill was one of the most popular of the 172 ALEC model education bills introduced in states.  Bills to introduce or expand this tax credit were introduced in 13 states in 2015—Alabama, Arkansas, Arizona, Colorado, Illinois, Maryland, Mississippi, Montana, New Mexico, Nevada, New York, South Dakota, and Texas.

The DeVos group, Alliance for School Choice, has long funded ALEC's Education Task Force and has been a driving force in the ALEC school privatization agenda, sponsoring bills, conducting workshops and pushing bills in the states.

Some states’ Constitutions bar the creation or expansion of vouchers, especially for religious schools. Even voucher advocates in those states don’t believe they will be able to get away with using taxpayer money to essentially subsidize religious education if the separation of church and state is taken seriously. So ALEC is pushing tax credits as a way around this problem and to achieve the diversion of public funds to private institutions by other means.

For instance, Arizona has one of the largest and most costly education tax credit programs in the nation. The state’s program allows parents to set up “empowerment scholarship accounts” that provide families with debit cards worth about $5,200 a year to use on tuition at private and religious schools. Since public schools in Arizona ordinarily get about $4,200 per pupil from the state, each $5,200 debit card costs the state general fund an additional $1,000 for every child who leaves a public school for a private or religious school. The program includes 256,000 students and costs about $100 million per year.

When states first introduce vouchers and tax credit schemes, they often limit the idea to low-income students or students with special needs and frequently market the notion as a civil rights ticket for disadvantaged kids. Trump has picked up on this talking point calling education the "the civil rights issue of our time" when he talks about vouchers. But in recent years, ALEC has decided to drop the pretense that vouchers have anything to do with social and racial equity, and is now pushing vouchers for the middle class—a project which, if pursued in enough numbers, will progressively erode the public school system and increase the segregation of students based on race and economic standing, say experts. Indeed, vouchers were first introduced in states as a means of circumventing desegregation.

A bill based on the ALEC model was introduced at the federal level by Republicans Sen. Marco Rubio of Florida and Rep. Todd Rokita of Indiana in 2013. That bill, which did not pass the Senate or the House, would have created a federal tax credit of up to $4,500 for individuals and up to $100,000 for corporations that make donations to nonprofit “scholarship-granting organizations.”

Betsy DeVos lauded the proposal in 2015 when it was reintroduced and she chaired the school choice advocacy group, American Federation for Children. DeVos said at the time, “The Educational Opportunities Act will empower parents throughout the country to have access to quality educational options that are otherwise out of reach.”

Most Negative Educational Effects in History

Meanwhile a new study by the Economic Policy Institute and three comprehensive state studies featured in a February 2017 New York Times article paint a grim picture for students whose parents are seduced by the marketing campaigns peddling vouchers as a means to a good education. In the words of New York Times writer Kevin Carey, “The results are startling — the worst in the history of the field, researchers say.”

Republicans in control of statehouses throughout the United States have created a mind boggling number and variety of school privatization programs in the last 15 years. Three of the largest voucher programs have been planted in Ohio, Indiana, and Louisiana, where more than one third of the nation’s 178,000 voucher students attend school.

Late in 2015, researchers studied an Indiana voucher program that served tens of thousands of students under ALEC booster and Trump VP Mike Pence. “In mathematics,” the researchers found, “voucher students who transfer to private schools experienced significant losses in achievement.” They saw no improvement in reading.

In February 2016, researchers published a major study of Louisiana’s voucher program. They found large negative results in both reading and math. Public elementary school students who started at the 50th percentile in math and then used a voucher to transfer to a private school dropped to the 26th percentile in just one school year. Results were somewhat better in the second year, but were still well below the starting point.

It is exceedingly rare to see efforts to improve test scores having the opposite result. Martin West, a professor at the Harvard Graduate School of Education, told Carey the negative effects in Louisiana were “as large as any I’ve seen in the literature” in the history of American education research. That is, not just the worst results for voucher studies, but the worst results for any education research of any kind, ever.

Last summer, a third voucher study was released by the Thomas B. Fordham Institute, a conservative think tank that backs vouchers. The study, which was financed by the rabidly pro-voucher Walton Family Foundation, focused on a large voucher program in Ohio. “Students who use vouchers to attend private schools have fared worse academically compared to their closely matched peers attending public schools,” the researchers found. The results were again worse in math.

As has been well documented by CMD and others, Ohio’s charter schools have also been beset by scandal and poor performance and are nonetheless awash in tens of millions of dollars of federal money.

In the new Economic Policy Institute report, Stanford professor Martin Carnoy finds that vouchers have not only failed to improve students’ educational outcomes but have succeeded in diverting investments in public education programs and methods that have been shown to work.

Carnoy reviews evaluations of voucher programs in cities including Milwaukee, Dayton, Ohio, and Washington, D.C., and states including Indiana, Louisiana, and Florida to show that vouchers do not improve student test scores and probably do not improve graduation rates either. In Milwaukee, for example, which has had a voucher program for more than 25 years, only one in four students attends his or her neighborhood school. With one of the highest number of school choice participants in the nation, Milwaukee’s African American students rank second to last for eighth grade math scores and dead last for reading scores.

“Betsy DeVos, the new U.S. Secretary of Education, is a strong proponent of allowing public education dollars to go to private and religious education,” writes Carnoy in the study. “It’s up to her to set the tone for Congress to value public education and educators.”

Vouchers Fail at the Ballot Box

When DeVos and her husband Richard led a movement to change the Michigan state Constitution to permit vouchers for religious schools in 2000, the referendum was defeated by a margin of more than 2 to 1. Voters in Republican Utah also rejected vouchers by a similarly wide margin in 2007. Florida was the last state to reject vouchers in 2012, 58-42 percent. Last November, an initiative in Massachusetts to expand charter schools to allow for more privatization also went down in flames.

In a political world that is not upside down, a policy promoting a program that is unpopular, expensive, and proven to harm children would be given slim chances of passing. Unfortunately, that may not be the world we live in today.