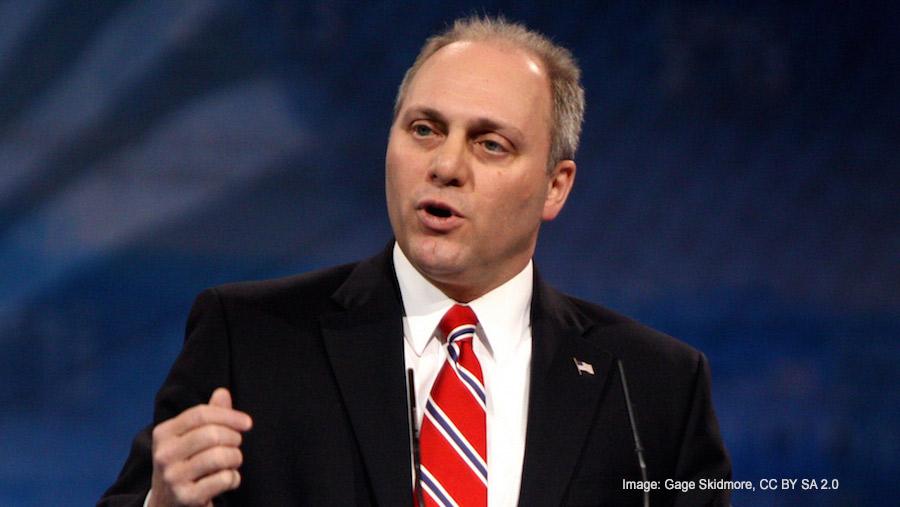 To the outside observer, it may look as if the Republican Party can't decide what to do about repealing the Affordable Care Act (ACA). After voting to repeal the ACA more than 60 times in the House of Representatives, Republicans now hold both houses of Congress as well the presidency.

Repeal is in their grasp, and yet they seem paralyzed.

But that's only true if you believe that a political party's mission is to govern. If raising money is the GOP's true goal, their paralysis suddenly begins to make more sense. While they debate the issue, the Center for Media and Democracy has uncovered documents that show that Republicans are raising a heck of a lot of money off America's healthcare misery.

Most healthcare policy experts agree that the ACA has a number of structural problems. But there is also widespread agreement that it provides health coverage to approximately 20 million Americans who would otherwise not have it.

Public health professors Steffie Woolhandler and David Himmelstein are nonpartisan observers who are longtime proponents of a single-payer system and critics of the ACA. Their recent study concluded that nearly 44,000 Americans will die each year if the ACA is repealed.

You might think that an issue involving matters of life and death, as well as Americans' health and financial security, would be addressed with the utmost gravity and objectivity by one of our country's two major political parties.

If so, then you don't know the current leadership of the GOP.

Some health insurance heavyweights hosted a "private dinner" last month with Rep. Steve Scalise (R-LA), the House Majority Whip, at an upscale restaurant that advertises itself as "just steps from the White House." 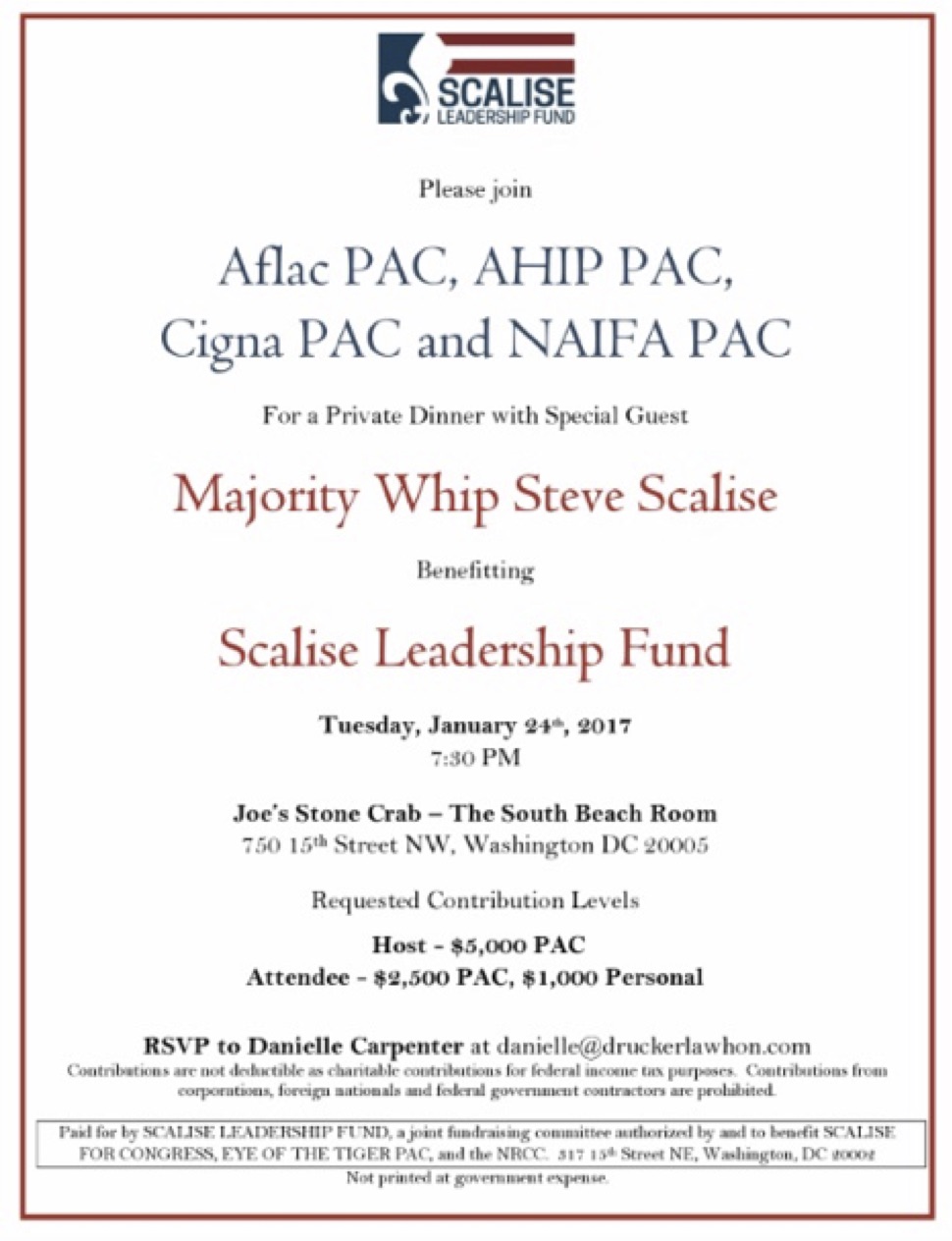 Scalise's fundraising dinner took place on January 24. On January 25, Congressional Republicans began a two-day retreat to discuss their "repeal and replace" plans for the ACA.

"It's an open debate about where we're going to go," said Rep. Brett Guthrie (R-KY), vice chair of the Energy and Commerce Committee's Subcommittee on Health.

As long the future of health care remains undecided, the insurance industry will be motivated to affect the outcome.

And say what you will about Steve Scalise, but he knows how to raise money.

From the Baton Rouge Advocate:

"As the third-ranking member of the U.S. House, Majority Whip Steve Scalise spent the past year flexing his political fundraising muscle – bringing in a nearly $16 million haul for himself and other Republicans during a crucial period that saw the GOP win majorities in the House and Senate and take the White House."

Scalise's political director told the Advocate that "headlined about 100 fundraising events for candidates outside Louisiana, including fundraisers held in Washington, D.C., over the past year and another 50 events in Louisiana."

Perhaps that's why Republicans were willing to overlook Scalise's 2002 appearance at an event sponsored by a hate group named "EURO" – the European-American Unity and Rights Organization. Scalise reportedly told the group, founded by white racist David Duke, that the federal Department of Housing and Urban Development (HUD) was a "slush fund" that funded "a selective group based on race."

Scalise claimed to be unaware of the group's history or beliefs, a statement that was met with incredulity by Mark Potok of the Southern Poverty Law Center. Potok told Slate that "EURO already was well-known as a racist hate group," adding, "It's worth noting that Scalise apparently did not leave even after hearing other racist speakers spouting their hatred."

Scalise took political fundraising to new heights of salesmanship – and cynicism – when he prepared a "menu" of services for donors, based on how much they were willing to pay. That document, published exclusively by the Center for Media and Democracy, showed that a contribution of $100,000 or more would buy a list of amenities that included:

Most of Scalise's campaign contributions have come from the energy industry, followed by real estate, health professionals, and insurance.

Scalise has a number of fundraising vehicles, but relies heavily on his "Eye of the Tiger Fund," which is named for the bombastic theme song from the 1986 film "Rocky III." The song celebrates "a man with the will" who can "kill with the skill to survive." It's a good choice for today's self-interested Republicans, for whom society is a jungle and even elected officials have no obligation to serve others.

Fundraise off the possibility of 43,000 deaths? Hey, if you've got the will, and the skill, nothing is unthinkable.