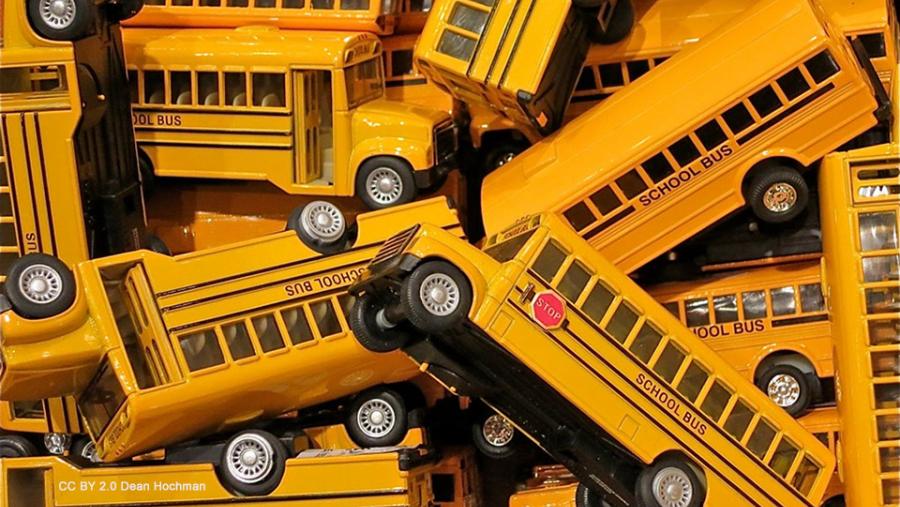 In the wake of Betsy DeVos' widely panned performance in her January 17 confirmation hearing before the Senate Health, Education, Labor and Pensions Committee (HELP), and committee chair Lamar Alexander's decision to postpone her confirmation vote until January 31, education expert Diane Ravitch posted an open letter to Alexander, calling on him to "do the right thing" and vote against Donald Trump's Education Secretary nominee.

These are pretty strong words from one of the nation's most respected education experts. But Ravitch knows that through their many foundations, non-profit organizations and political organizations, DeVos's family has spent countless millions pushing school vouchers and other policies that privatize public schools throughout the nation, but particularly in Michigan where the result has been disastrous.

"Since Michigan embraced the DeVos family's ideas about choice, Michigan has steadily declined on the National Assessment of Educational Progress," Ravitch wrote.

And in-depth reporting by state and national newspapers paints a bleak picture.

Senators questioning DeVos only got one round of questions, five minutes each. Little time was spent on the actual performance of the Michigan school system that the DeVos family has spent so much time "reforming" over the last few decades.

One in-depth look at Michigan school performance by the New York Times reported that Michigan's 23-year experiment with school choice has created in Detroit "a public education fiasco that is perhaps unparalleled in the United States."

Michigan taxpayers spend about $1.1 billion per year on charter schools, 80 percent of which are operated by for-profit companies, more than any other state. The result, confirming the finding of the Center for Media and Democracy's investigative report The Charter School Black Hole, is a fiercely competitive market for school student dollars in which almost all of the choices stink.

The Times interviewed one mother who enrolled her son at the charter school across the street from her family home. The student earned all A's and, the summer before seventh grade, endeavored to enroll in a science program at the University of Michigan where he struggled to keep up with students from Detroit Public Schools who were the same age. They knew the human body is made up of many cells and he had never learned that. When his school stopped assigning homework his mother removed him and found another school where he struggles to earn 'D's.

The New York Times reported that a 2015 federal review of Michigan's charter schools found an "unreasonably high" number of charters among the worst-performing 5 percent of public schools statewide. The number of charters on the "worst performers" list had doubled in just four years.

"People here had so much confidence in choice and choice alone to close the achievement gap," Amber Arellano, the executive director of the Education Trust Midwest, told the Times. "Instead, we're replicating failure."

Similarly, a yearlong investigation by the Detroit Free Press found that the state's nearly nonexistent oversight fostered a raft of abuses not nearly as common in other states that permit charter schools:

"Wasteful spending and double-dipping. Board members, school founders and employees steering lucrative deals to themselves or insiders. Schools allowed to operate for years despite poor academic records. No state standards for who operates charter schools or how to oversee them."

The Free Press uncovered a startling variety of violations of the public trust in charter schools throughout the state:

It is no wonder that the Free Press, the state's largest newspaper, has editorialized against DeVos: "Donald Trump has made a number of controversial cabinet nominations already. But none seems more inappropriate, or more contrary to reason, than his choice of DeVos to lead the Department of Education. DeVos isn't an educator, or an education leader. She's not an expert in pedagogy or curriculum or school governance. In fact, she has no relevant credentials or experience for a job setting standards and guiding dollars for the nation's public schools. She is, in essence, a lobbyist."

Throughout the January 17 HELP hearing, Democrats on the committee lobbied in vain for more than one round of five minutes each to ask the nominee questions. If the HELP senators had been allowed more time, they might have asked more than one question about DeVos's role in creating the fiasco in Detroit via lobbying and electing extremist candidates.

The DeVos family pumped more than $44 million into Michigan Republican campaign committees and candidates between 1997 and 2012, and followed that up with another $8.3 million in Michigan's 2014 and 2016 elections. And that's just what was disclosed. They spent millions more on special interest groups, like American Federation for Children, that do not report their spending to influence elections and legislation.

"Their influence can be seen in just about every major piece of education-related legislation in Michigan since the 1990s. That includes the 1993 law that permitted charters in the state and a 2011 vote to lift a cap on the number of charter schools in the state," says Politico.

The Detroit Free Press reported last summer that Betsy DeVos and her husband Dick DeVos gave $1.45 million to Republican legislators in Michigan during just a seven-week period after which they reversed themselves on a charter school accountability bill that DeVos opposed.

Ravitch put the DeVos's influence more succinctly when she was interviewed by Chris Hayes on MSNBC on the night of the DeVos confirmation hearing: "She basically runs the state. They do whatever she wants."

After nearly a quarter century of political pressure from DeVos and her family, Michigan taxpayers spend $1.1 billion a year on charter schools while state laws regulating charters are among the nation's weakest, and the state demands little accountability in how taxpayer dollars are spent and how well children are educated.

When asked by Sen. Tim Kaine (D-VA) at the HELP hearing if she will hold charters to the same standards as public schools, DeVos refused to answer.

"If confirmed, will you insist on equal accountability for any K-12 school or educational program that receives federal funding, whether public, public charter or private?" Kaine asked.

But DeVos dodged "I support accountability," she said repeatedly before saying no.

Politico and The Hill are reporting today that calls against DeVos are flooding Congress. At the moment there appears to be more push back on her nomination than any other.

Film maker and Michigan native Michael Moore is calling for her defeat "our first nationwide action since the March!" Teachers and parents are pushing back as well. The National Education Association is calling on people to add their voices to the 800,000 who have already contacted Congress and the American Federation of Teachers is also calling on the public to take action.

The Democrats on the HELP committee have officially requested that Alexander hold an additional hearing with DeVos.