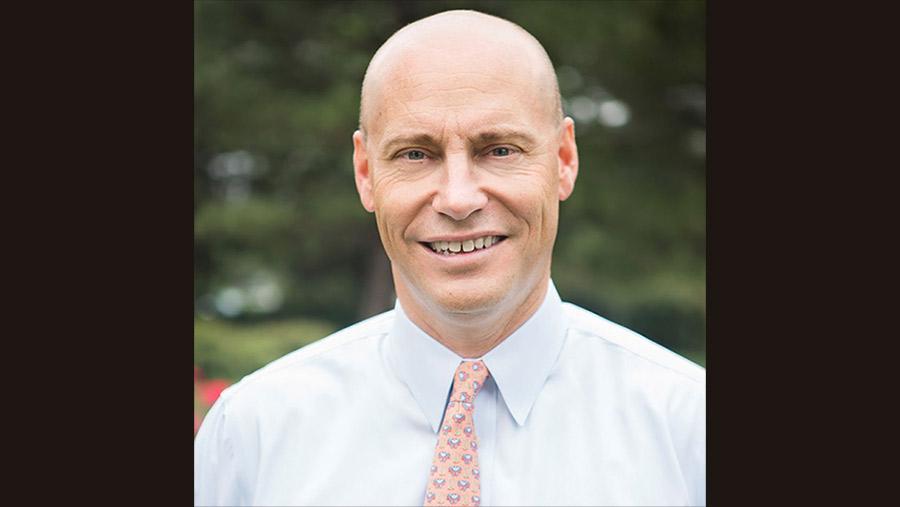 When the history of Donald Trump's administration is written, people may point to the appointment of a Koch Brothers' operative to a little-known White House position as a turning point in Trump's evolution from unorthodox Republican candidate to doctrinaire corporate politician.

Think of it as a merger, or an acquisition. His administration hires suggest that Trump, who ran a heterodox and intermittently populist (if consistently bigoted) campaign, has been joining forces with the more established corporate extremism of the Republican Party establishment.

The Director of Legislative Affairs has typically been an obscure figure, plucked from a staffer job on Capitol Hill. And while the position calls for "working with Senators, Representatives, and their staffs to promote the President's priorities" (as the White House website puts it), Great Britain's Prince Phillip may have captured a key aspect of the job more pithily when he was introduced to one of Short's predecessors some years ago:

But Marc Short, who is reportedly Donald Trump's choice to fill the position, is more accustomed to doling out cash than he is to catching spears. It's true that Short has some Hill experience, as chief of staff to Sen. Kay Bailey Hutchinson (R-TX) and then-Rep. Mike Pence (R-IN).

Short isn't really a policy wonk. He's an operative in Republican and right-wing circles. After serving as finance director for Oliver North's failed senatorial campaign, Short reportedly helped Pence run the House Republican Conference, managed the Reagan Ranch, and was a spokesperson for the Department of Homeland Security under Bush.

Short is best known for his tenure as president of the Koch Brother's Freedom Partners Chamber of Commerce, the political fund organized by the Koch Brothers to advance their far-right, pro-corporate, anti-environmental agenda. While the group describes itself as a "business league," CMD noted that its fundraising cycles much more closely resemble those of a political party, complete with high-tech voter lists and opposition research.

The Washington Post described the organization as "carefully constructed with extensive legal barriers to shield its donors" and said it operated "de facto banks" that were "feeding money to groups downstream."

Freedom Partners has reportedly cut checks for as much as $63 million to support campaigns and causes beloved by the Kochs and their allies, including anti-environmental groups, the National Rifle Association, and two different groups working to repeal Obamacare, the 60 Plus Association and the Center to Protect Patient Rights (CPPR) run by Koch money man Sean Noble (who renamed the group American Encore.)

CPPR/American Encore created some bad headlines for the Kochs.

It was forced to pay huge fines as part of a settlement with California Attorney General–now Senator–Kamala Harris for activities that were described as "campaign money laundering," although Noble and the Kochs denied wrongdoing. Three other groups that received Freedom Partners funding were fined by the Federal Election Commission last year for violating campaign regulations.

This is classic dark money behavior, and Short was in the middle of it.

Short doesn't just give money away. As president of Freedom Partners he received a lot, too. The latest IRS filing for the organization shows that Short was paid $1,110,328 in 2015 by the nonprofit, and received another $48,444 in "other compensation from the organization and related organizations." The last person to hold his White House job reportedly received $172,200 per year – an excellent standard by most measures, but a step down from Short's former salary.

Short's path to the White House was not without a surprise or two. He left Freedom Partners in 2016 to join Marco Rubio's campaign, a move that was interpreted by some as a sign that the Republican establishment wanted to stop Trump at all costs.

If the right-wing National Review is to be believed, Short was so determined to stop Trump that he personally presented Charles Koch with a plan for blistering ads "a detailed, eight-figure blueprint for derailing (Trump) on Super Tuesday," but was rebuffed.

He's come a long way since then.

So why the change of heart?

Perhaps because the candidate Short once wanted to stop is now poised to deliver on key elements of the Koch Brothers' agenda. Trump is appointing oil industry executives and lobbyists to a number of top positions and denies the reality of climate change. His xenophobic and bigoted rhetoric fuels the kind of fear that does great things for gun sales.

Like Freedom Partners, Trump is pushing deregulation. And Trump, together with his congressional allies, is poised to repeal Obamacare.

Recently, the Kochs' "grassroots" group Americans for Prosperity, is telling potential donors (with typically hyperbolic capitalization) that the Kochs' three-part agenda consists of  "1. REPEALING OBAMACARE; 2. FIXING OUR BROKEN TAX SYSTEM" – that is, tax cuts for corporations and the wealthy – and, "3. CUTTING FEDERAL SPENDING."

Freedom Partners gave more than $130 million to organizations that supported Obamacare's repeal in 2012 along, according to its IRS filing. $115 million was given to the CPPR and $15.7 million went to the 60 Plus Association, which also lobbied heavily against it. CPPR funneled money to other groups as well, creating a fake storm of "grassroots" opposition.

Freedom Partners and Americans for Prosperity routinely used Obamacare as a hot-button issue, targeting key Democrats with "issues ads" in their re-election races – which, of course, means that they were aiding Republicans in those races. American Encore also spent millions the same way.

Short is not the only Koch person to join the Trump Administration. VP Mike Pence is a Koch ally and he has been helping stack the cabinet with a coterie of Koch friends. Pence may become the most powerful vice president in U.S. history – outstripping even Dick Cheney in influence.

And while Trump has differed with the Kochs on some key issues – including trade, Social Security, and Medicare – they have always agreed on deregulation, privatization, the climate, taxes, and Obamacare. Trump's appointments suggest that he may be moving closer to the Kochs on other issues as well.

One thing seems clear already: the Kochs and their big-money allies seem poised to gain more influence than ever during a presidency they once tried to prevent.

Richard Eskow is a contributor to the Center for Media and Democracy.