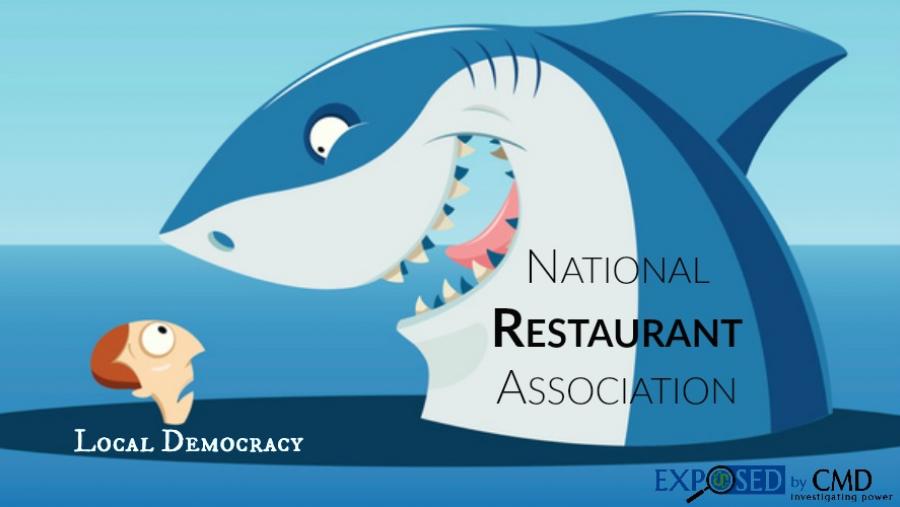 Voters spoke very clearly on November 8 when they elected to raise the minimum wage in Arizona and Maine, along with Colorado and Washington State.

But those wins, the democratic process, and the express will of the people are being defied and denied in Arizona and Maine, where corporate lobbyists and their legislative allies are working to block, delay, even rewrite the laws approved on Election Day.

These efforts to flout voter-approved laws are part of ongoing conservative and corporate-backed strategies to keep wages low.

In Arizona, where 58 percent of voters approved Proposition 206, a measure that would raise the minimum wage to $12 and hour by 2020 and allow workers to earn paid sick days, the state and several local Chambers of Commerce have gone to court to block the first phase of the law's implementation scheduled for January 1.

That phase would raise the wages for more than 700,000 workers from $8.05 to $10.00 an hour. The Arizona Chamber of Commerce and Industry's request for a temporary injunction to stop implementation was denied on December 21.

Tomas Robles, chairman of the coalition that ran the campaign for Proposition 206, commented on the ruling, saying:

"I'm glad that the judge chose to be on the right side of history, and really protecting democracy more than anything. The Chamber themselves are looking to completely disregard the will of the people, the will of the voters, because they want to keep their pockets fat."

But the Chamber has announced they will appeal the injunction decision to the Arizona Supreme Court. The Chamber's underlying case is continuing through the courts.

But Governor Paul LePage, who has long opposed raising the minimum wage along with the Maine State Chamber of Commerce and the Maine Restaurant Association, has ordered officials not to enforce parts of the raise until the state legislature has had a chance to pass a new law that would eliminate the minimum wage hike for tipped workers.

"Governor LePage has now gone beyond ignoring the will of Maine voters and is flat-out encouraging employers to commit wage theft," said Mainers for Fair Wages campaign manager Amy Halsted.

The Governor's action's are part of a power struggle going on all over America, pitting corporate lobbyists, their legislative allies, and the American Legislative Exchange Council (ALEC), against popular efforts to raise the minimum wage.

The state of Ohio just joined 20 other states that have preempted local control over wages making it illegal for cities and counties to raise their standards above the state's level.

The law signed this week by Ohio Governor John Kasich blocks a planned referendum in Cleveland that proposed raising the city's minimum wage to $15 per hour.

In addition to passing state preemption laws to limit the power of local lawmakers to advance wage hikes and other progressive policies, Republican-led groups such as the Center for Conservative Initiatives (CCI) are working make it harder for citizens to use the ballot to move initiatives forward.

On November 8 in Colorado, for example, voters approved Amendment 71, a constitutional amendment that would make it harder and more expensive for citizens to amend the state constitution.

The "Raise the Bar" campaign that worked to pass Amendment 71 was largely funded by the oil and gas industry, which was eager to make it harder for citizen-backed anti-fracking amendments to qualify for the ballot. Environmental advocates were looking to ballot measures to circumvent state preemption and end fracking.

"Make no mistake: 71 is a de facto repeal of the people's constitutional right to participate in the legislative process," said Phil Doe, Environmental Director for Be the Change.

"It's what democracy looks like when corporate interests and their political stooges conspire to take away our fundamental rights using a flood of outside money."