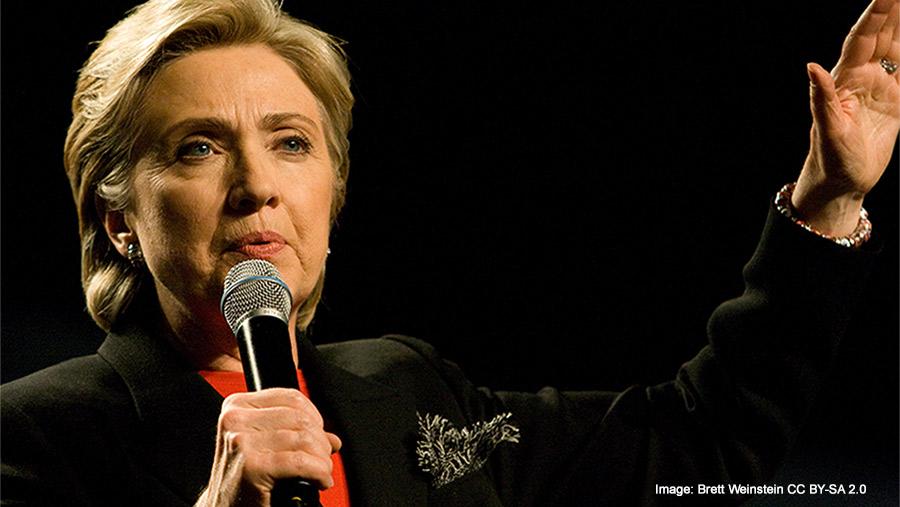 Super PACs supporting Hillary Clinton and Donald Trump and the campaigns of both candidates have been charged with illegally coordinating their activities in violation of federal rules.

"The two major candidates for the most powerful office in the world apparently feel that the rule of law does not apply to them, perhaps because they assume that the FEC is too dysfunctional to enforce the campaign finance laws that exist. The question for both Clinton and Trump is what, specifically, are they going to do to fix the broken system they are exploiting," said Brendan Fischer, of the Campaign Legal Center, the nonpartisan campaign watchdog group which filed formal complaints with the Federal Elections Commission on October 6, 2016.

Correct the Record Operates Like an "Arm of Clinton Campaign"

While federal candidates face limits on campaign contributions ($2,700 for an individual) and strict rules for reporting those contributions, super PACs can raise unlimited money and spend it in support of candidates as long as they are not coordinating with candidates.

Super PAC "Correct the Record" was founded by David Brock, a longtime Clinton supporter and founder of Media Matters, to push back against those "spreading lies and misleading narratives" about Clinton from the left and the right.

Correct the Record does not run ads in support of the Clinton campaign, but exploits an FEC rule that allows limited online activity on behalf of candidates. Adrienne Watson, a spokeswoman for Correct the Record, has argued that "FEC rules specifically permit some activity—in particular, activity on an organization's website, in email, and on social media—to be legally coordinated with candidates and political parties[.]" The super PAC also states that since "it is not involved with independent expenditures" and "will not be engaged in paid media," coordination is permitted.

But the attorneys at the Campaign Legal Center say that the activities undertaken by the super PAC are a far cry from the "unpaid blogging" that the FEC allowed. They Center describes the super PAC as a sophisticated "$6 million professional opposition research, surrogate training and messaging operation staffed with paid professional employees and operating out of a high-rise Washington, D.C. office building."

This week, the complaint was bolstered by emails published by Wikileaks. The emails, hacked from the account of Clinton's Campaign Chairman John Podesta, show the Clinton campaign working not just with Correct the Record, but with other super PACs.

"The emails show consistent, repeated efforts by the Clinton campaign to collaborate with super PACs on strategy, research, attacks on political adversaries and fundraising. The cache also reveal meetings between the campaign and Priorities USA Action, and that campaign officials have helped with the group's fundraising," investigative reporter Lee Fang writes for the Intercept. The Clinton campaign and U.S. government officials say that the Wikileaks emails were illegally hacked by the Russians in an attempt to influence the U.S. election.

The Center's complaint against Make America Number 1 (MAN1) operating at the website "DefeatCrookedHillary.com" alleges that the Trump campaign hired campaign manager Kellyanne Conway and deputy campaign manager David Bossie (President of the Citizens United group) straight from the super PAC in violation of the 120 day "cooling off" period required by the FEC. Rebuilding America Now violated the same rule going the other way when the super PAC was formed by former staffers of the Trump campaign. Rebuild America Now is running multi-million dollar ad buys in support of Trump.

Further, the complaint alleges that MAN1 was effectively paying the salaries of Kellyanne Conway and Campaign CEO Stephen Bannon by making payments to companies associated with the duo.

The complaint also alleges that Rebekah Mercer, who runs the super PAC MAN1, and her father, hedge fund manager Robert Mercer, are so entwined with the Trump campaign that they have "de facto control over the campaign." Politico dubbed Mercer "the most powerful woman in GOP politics" when she went from being the PACs chief funder to running its day to day operations in September. In addition, both the campaign and the super PAC use Mercer's Cambridge Analytica, a voter profiling and data analytics firm, when FEC rules say that a campaign and super PAC are not allowed to use the services of a "common vendor."

The Campaign Legal Center and other campaign finance experts are asking the FEC to enforce the rules against coordination, because it allows candidates to accept unlimited assistance from special interests or deep pocketed donors.