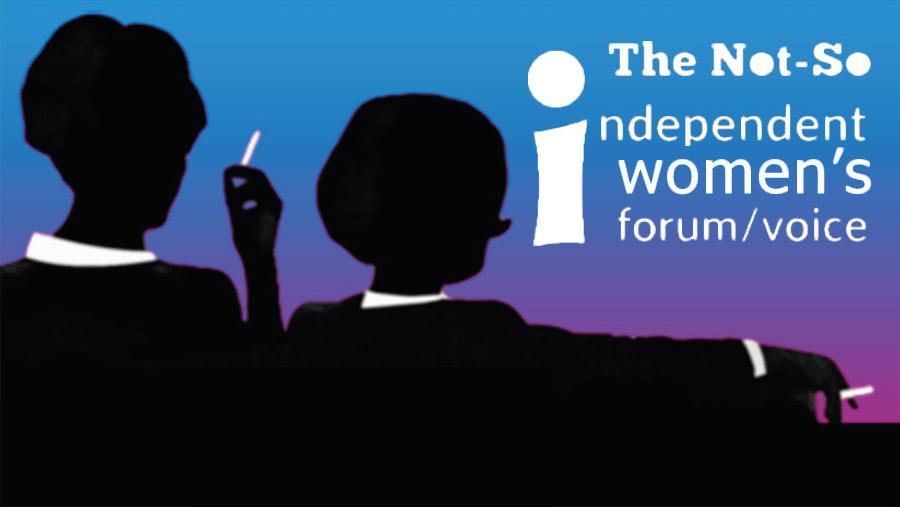 However, a new investigation of the groups by the Center for Media and Democracy (CMD) reveals them to be anything but that. Joan Walsh in the Nation broke this story today along with other new details about these not-so independent women's groups.

CMD's Reporters' Guide exposes the groups' leaders admitting to—and boasting about—their true role for what it is: finding ways to sell right-wing policies and candidates favored by their funders to reach independent women voters under the guise of neutrality.

IWV Boasts of Its Role in "Republican Conservative Arsenal"

"Being branded as neutral, but actually having people who know know that you're actually conservative puts us in a unique position," Heather Richardson Higgins, the President of the Independent Women's Voice and the Board Chair of the Independent Women's Forum, admitted in a speech to potential 2016 donors at a David Horowitz Freedom Center retreat.

"Independent" is a PR term these groups use to appeal to women while pushing corporate-backed policies or extreme candidates that actually make things harder for working women and their families, in CMD's assessment.

IWF Attacks Work Policies It Admits Many Women Like

The Independent Women's Forum routinely attacks policies popular with many women, like equal pay, earned sick leave, and raising the minimum wage, as well as Title IX and protections for battered women.

And it has often done so by making extreme claims, which CMD also documents.

CMD also describes how Independent Women's Voice made "independent expenditures" on political ads or calls to aid some of the most extreme "War on Women" GOP candidates, including the following:

CMD's investigation also includes an analysis of how the Independent Women's Forum works as part of the Koch policy world infrastructure through its staff and alliances.

No fewer than half of the Independent Women's Forum's full-time staff previously worked directly for Koch-controlled groups or for entities that received Koch funding.

CMD's analysis also shows that between 2001 and 2014, DonorsTrust and DonorsCapital Fund–funding entities with ties to the Koch network of billionaires–gave the Independent Women's Forum a total of $5,344,000 in donations.

In a similar period, Koch-controlled foundations gave the group more than $800,000. Although many of the names of the Independent Women's Forum's big donors are not disclosed, documents analyzed by CMD reveal funding from the fossil fuel giant ExxonMobil and right-wing radio host Rush Limbaugh, among others.

A review of tax filings shows that Higgins is the largest individually identified donor to IWF in recent years.

The full CMD Reporters' Guide is available here. And here are links to materials with quotes from IWF/V in general and about women's rights, civil rights, unions and worker rights, LGBTQ rights, our environment, education, guns, health, and the ACA.