ExxonMobil, facing multiple state investigations connected to its funding of climate change denial, is listed as a top corporate sponsor of the American Legislative Exchange Council (ALEC) annual meeting, taking place this week in Indianapolis, Indiana. ALEC has long promoted climate change denial to state legislators, and promotes a legislative agenda of “model” bills designed to protect the interests of its oil, gas and coal funders.

The ALEC meeting agenda includes discussion of a new "model" bill, designed to block implementation of the Obama administration Clean Power Plan aimed at reducing carbon pollution. Republican Vice-Presidential nominee, Mike Pence is due to speak at the ALEC event on Friday.

Exxon is represented on the ALEC corporate board, and has funded ALEC since as early as 1981, providing at least $1,730,200 between 1998 and 2014 based on publicly available disclosures.

CMD provided evidence of the Exxon funding of ALEC and climate change denial to the New York and California attorneys general in November 2015.

Further details on ALEC's promotion of climate change denial can be found on the website ALECclimatechangedenial.org which CMD co-launched in 2015. 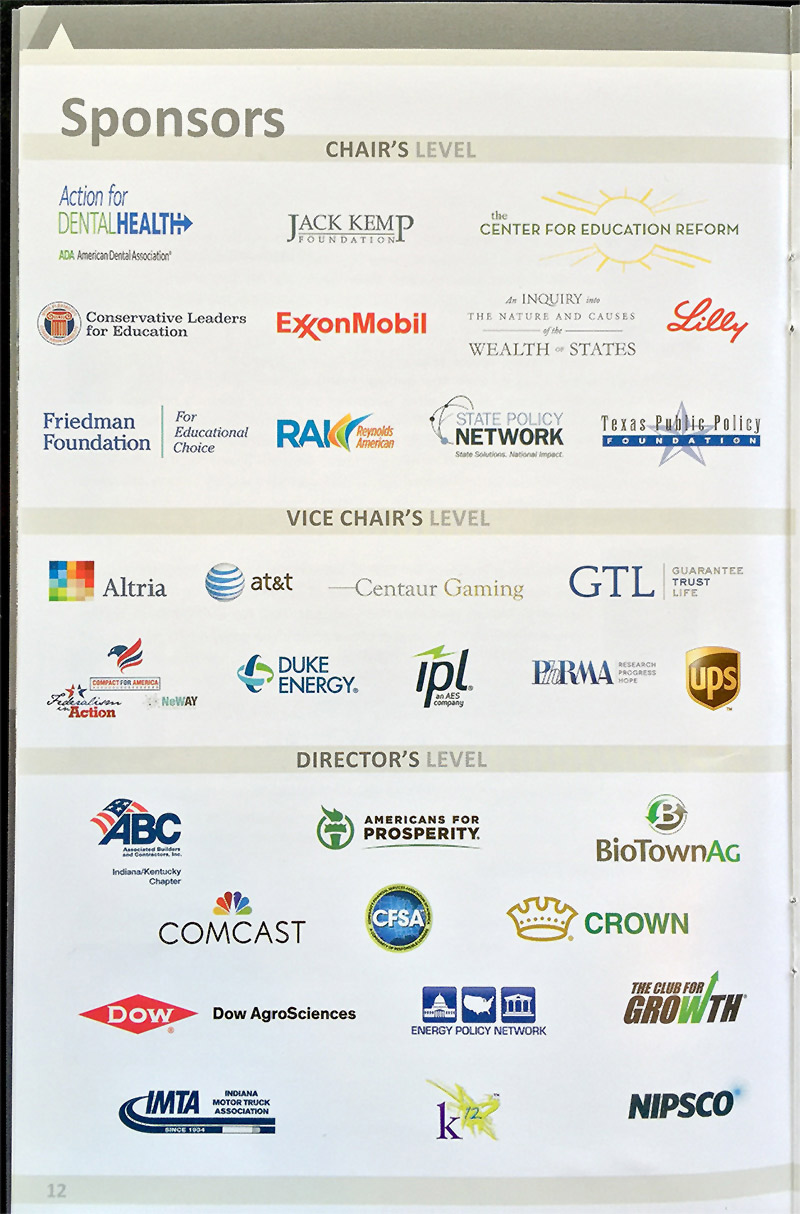