Kochs' Americans for Prosperity, Club for Growth, Shell out to Rescue Ron Johnson 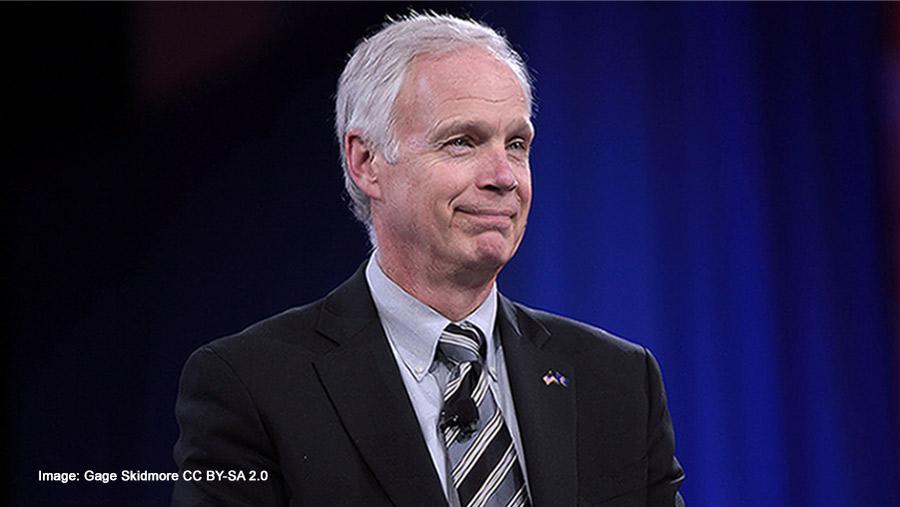 Wisconsin Senator Ron Johnson, a Republican, is scrambling to hold off Democratic challenger Russ Feingold in a race that will help determine which party controls the U.S. Senate. But for all his claims to "outsider" status, incumbent Johnson's campaign is being driven by millions in outside spending by industry front groups, national Republican PACs and right-wing dark money groups, including the Koch brothers' Americans for Prosperity.

With an empty seat at the U.S. Supreme Court and public pressure mounting to overturn the Court's Citizens United decision, which open the door to unlimited spending by nominally "independent" Super PACs and dark money nonprofits, the stakes could not be higher for the Kochs and their cronies who have worked for decades to undermine disclosure rules and limits on political spending.

Those totals don't account for the whopping $2.7 million that special interest groups have already spent supporting Johnson, according to newspaper reports.

Some of the money is being spent on positive ads to bump up Johnson's name recognition in the state. Johnson who holds telephonic town hall meetings from Washington, D.C., had his name recognition between 30-40 percent said Wisconsin pollster Charles Franklin. In the Senate, Johnson is the Chair of the Homeland Security and Government Affairs Committee.

On the flip side no outside money has been spent supporting Feingold, who just released his first campaign ad last week. Feingold who held the Senate seat until 2010, is best known for his role in working with Senator John McCain (R-AZ) to pass the 2002 Bi-Partisan Campaign Reform Act (also known as McCain-Feingold), as well as for defending civil liberties by voting against the USA PATRIOT Act.

In this race, Feingold has challenged Johnson to limit outside spending by taking a pledge to donate 50 percent of any outside ad's cost to the charity of the opponent's choice. U.S. Senator Elizabeth Warren (D-MA) and her opponent Scott Brown took a similar pledge in 2012 which discouraged outside money. So far, Johnson has declined.

Back in April 2013, Johnson attended a Koch seminar at the luxurious Renaissance Esmeralda Resort in Indian Wells, California, rubbing elbows with big money donors who mused about whether Koch funding was a viable alternative to the Republican Party itself.

He was described as the Kochs' "model legislator," reports Politico's Ken Vogel who infiltrated the summit. Koch Industries has been the 8th largest contributor to Ron Johnson throughout his six-year term, according to the Center for Responsive Politics.

Now the Koch's are coming to his aid. On April 6, 2016, Americans for Prosperity (AFP), the Kochs' "grassroots" 501(c)(4) nonprofit, launched a $1.1 million dollar ad campaign praising Ron Johnson's "vision," which was reinforced by a canvassing push by AFP volunteers in seven cities. As a "social welfare" nonprofit, AFP is not required to disclose its donors.

Club for Growth, another right-wing 501(c)(4), has already spent $700,000 on two separate ads targeting Feingold through its 527 PAC, Club for Growth Action, and shows no signs of slowing down. The organization reportedly planned to spend more than $2.5 million in the Wisconsin Senate race, according to USA Today.

The Koch-backed Freedom Partners provided a $1 million grant to Club for Growth in 2014, according to its IRS filings, and Wisconsin billionaire Richard Uihlein has been Club for Growth Action's top donor in the 2016 cycle with $1.5 million in contributions.

AFP and Club for Growth are not the only early spenders in the race.

Wisconsin Alliance for Reform is a 501(c)(4) non-profit registered in Wisconsin by Lorri Pickens, a long-time political operative in the state of Wisconsin who has worked for the Kochs' AFP in the past. The group has already run three ads attacking Feingold focusing on taxes, immigration, military spending and "Obamacare." The group also runs the website Feingoldfacts.com, which purports to provide information on "Russ Feingold's failed liberal agenda." Because the group runs phony "issue ads," like this one, how much the group has spent is not yet known.

Various right-wing billionaires are also readying to unload on Feingold.

In July 2015, well over a year before the election, Restoration PAC reportedly ran $500,000 worth of TV ads in Green Bay, Madison and Milwaukee praising Johnson for his opposition to President Obama's nuclear deal with Iran. The ad, made by infamous "Swift Boat Veterans for Truth" producer Rick Reed, was given a "Pants on Fire" rating from Politifact. A separate ad attacks Feingold for hypothetically "rubber stamping" the deal. In January 2016, Americas PAC reported spending $60,000 on radio opposing Feingold.

Terry Kohler has also established a committee called the Reform America Fund that may be preparing to enter the race. The committee was recently registered by Lorri Pickens, but Scott Walker's campaign guru R.J. Johnson has long had ties to Kohler and could be involved in any expenditures on the billionaire's behalf.

Johnson's former Chief Strategist Mark Stephens oversees Let America Work, which is expected to be the central super PAC supporting his re-election bid. The Super PAC has launched two ads, spending over $400,000 on the race so far, mostly on negative ads against Feingold.

Johnson is also benefiting from ads recently released by the National Republican Senatorial Committee, which fear mongers on terrorism and criticize Feingold for his PATRIOT Act vote, and the Republican Party of Wisconsin, which attack Feingold for Obama's foreign policy.

In a small state like Wisconsin this flood of early money is likely to have an impact.

It is not smart messaging to have Ron Johnson's photo attached to this. It would be better to have a photo that immediately conveys who is financing his run for office and who he answers to.