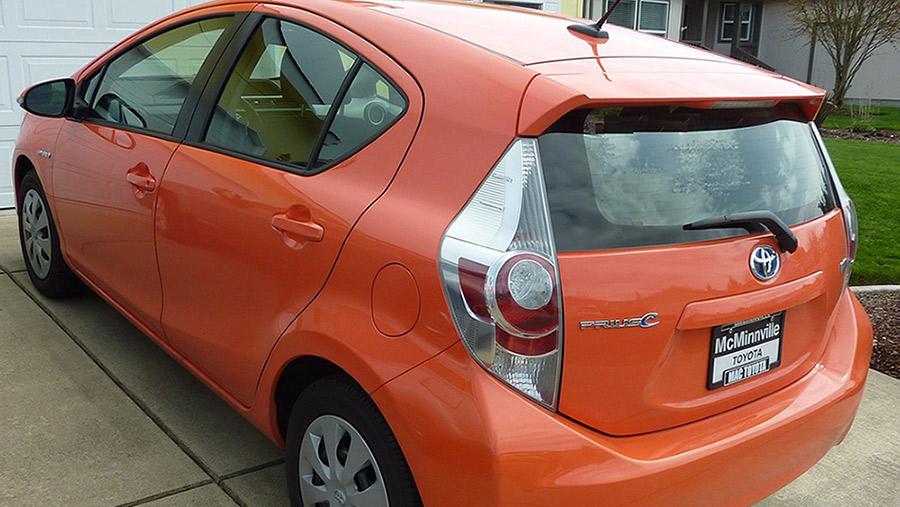 Hold onto your Prius!

The Kochs and their fossil-fuel-fed political network are reportedly gunning for the electric car.

According to an anonymous industry source who spoke to journalist Peter Stone, a new advocacy group will "make the public aware of all the benefits of petroleum-based transportation fuels."

If you think this sounds a bit nutty, you have to remember Koch front groups have also fought the implementation of street cars in city after city.

If the group follows the usual Koch playbook, expect bogus "research" studies by Koch-funded "think tanks," well-placed op-eds that repeat Koch talking points without disclosing ties to the network, and fear-mongering ads that hide their fossil fuel funding behind bland names like "Americans for Energy Freedom." (The group's actual name has yet to be announced.)

The effort is reportedly being headed by Koch Industries board member James Mahoney and lobbyist Charlie Drevna, formerly the president of the American Fuel and Petrochemical Manufacturers. The pair have reportedly been meeting with executives at fossil fuel corporations including Koch, Valero Energy, and Tesoro Corp. In his new position at the Koch-funded Institute for Energy Research, Drevna has already put out a paper attacking Tesla, while Mahoney led a seminar at January's Koch network retreat on "Changing the Energy Narrative."

The news of the emerging scheme against electric cars sparked new attention to the Koch network in the car industry, even provoking Tesla founder Elon Musk to mount a critique on Twitter.

Kochs Industries Rakes in $196 Million in Government Subsidies or More

The Koch spin on electric cars is likely to be framed as virtuous denunciation of market distorting "subsidies." In interviews, Charles Koch has been harshly critical of "crony capitalism" and "corporate welfare."

But Koch Industries itself benefits from federal, state, and local subsidies amounting to more than $196 million, according to Subsidy Tracker, a project of Good Jobs First. In addition, the fossil fuel industry in the United States is subsidized to the tune of $37 billion a year, according to Oil Change International. You don't see the Koch brothers complaining about their own "corporate welfare."

The Koch opposition to electric cars comes as no surprise.

At the American Legislative Exchange Council (ALEC) meeting in Scottsdale, Arizona in December 2015, the Energy, Environment, and Agriculture Task Force heard a presentation on "State and Federal Subsidies for Electric Vehicles," then voted on a resolution to discourage states from providing subsidies, the "Resolution Regarding Subsidies for Electric Vehicles." The Kochs have long funded ALEC. Koch Industries has had a seat on ALEC's "Private Enterprise" board for years, while Koch network entities like Freedom Partners, Americans for Prosperity, and Koch-funded "think tanks" have seats on a number of task forces where they get a vote on bills.

While the bill may not have passed, it may have played a role in the departure of electric car manufacturer Ford.

As CMD has extensively documented, the Kochs' as well as ALEC have long played a major role in protecting the fossil fuel industry by spreading climate denialism and blocking attempts to combat climate change.

Building electric cars does nothing but move the tailpipe emissions from the car (where people can actually see them) to some hidden electric generation facility which can barely support our electricity needs now. Any other country would have a plan of action for how it shoud be moving to more environmentally friendly energy but not here in the US we just keep winging it until something or someone gets hurt or killed as a result and then react.