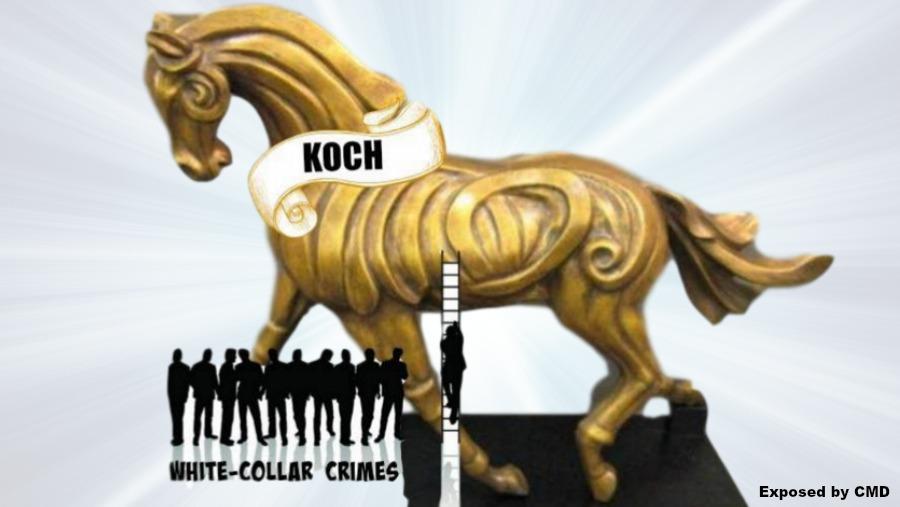 The Center for Media and Democracy (CMD) has submitted testimony to the U.S. Senate's Judiciary Committee about the Koch-backed push to undermine corporate criminal accountability under the guise of "mens rea" reform. The testimony was submitted for the Committee's January 20 hearing titled "The Adequacy of Criminal Intent Standards in Federal Prosecutions."

"Nobody should be above the law, no matter how rich, but the billionaire Koch Brothers have fueled a campaign through myriad groups they fund that would make it harder to prosecute corporate criminals for violating laws intended to protect American families from products or industrial practices that poison our water or air or that violate other environmental and financial laws," said Lisa Graves, CMD's Executive Director, who was previously served as the Chief Counsel for Nominations for Chairman Patrick Leahy of the U.S. Senate Judiciary Committee and as Deputy Assistant Attorney General in the Office of Legal Policy at the U.S. Department of Justice where she worked on criminal and civil justice policy.

As CMD has previously documented, the Kochs have received positive press for supporting criminal justice reform, but a close review of the evidence shows the Kochs' ultimate goal is to make it harder for prosecutors to enforce environmental laws and financial regulations by changing the "criminal intent" standard for federal crimes. These proposed changes would require that the government prove that corporate executives had not only committed a crime, but knowingly did so, which can be almost impossible to prove in a complex corporate structure.

"The Kochs and Koch-backed groups like the American Legislative Exchange Council (ALEC) have sought to hijack the criminal justice reform movement to push changes that would largely benefit corporate interests like Koch Industries, rather than the marginalized communities that have borne the brunt of our mass incarceration crisis," said Brendan Fischer, General Counsel of the Center for Media and Democracy.

These are some of the key points made in CMD's testimony:

* although the Kochs have received positive press for funding the National Association of Criminal Defense Lawyers (NACDL), Koch funding for the group has largely gone towards supporting the white-collar criminal defense project that NACDL launched with Koch funding in 2004, rather than towards indigent defense;

* Koch spending on criminal justice reform (and an "intent" requirement) ramped-up during Dodd Frank negotiations, which created financial crimes that omitted an intent standard and could affect Koch Industries.