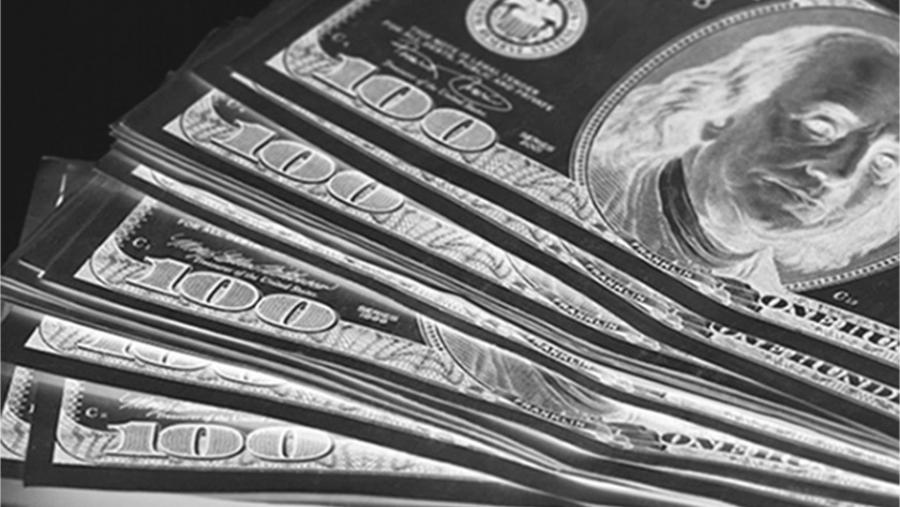 Despite the best efforts of Wisconsin Governor Scott Walker and his allies on the state Supreme Court, the John Doe is not dead.

On Friday, three county prosecutors filed a motion to intervene in the case, the first step towards appealing the case to the U.S. Supreme Court.

In July, the Wisconsin Supreme Court issued a decision rewriting the state's limits on money in politics and ending the "John Doe" investigation into Walker's campaign coordinating with dark money groups. Yet some justices faced serious conflicts-of-interest in the case, since the same groups that coordinated with Walker's campaign were among the majority's biggest financial supporters, spending $10 million to elect the court's majority.

Under U.S. Supreme Court precedent, the justices likely should not have heard the case at all. The Special Prosecutor leading the probe, Francis Schmitz, asked two justices to recuse but they refused to do so.

Schmitz vowed to appeal, yet earlier this month the Court took the extraordinary step of firing him, rescinding his appointment as Special Prosecutor and hindering any potential appeal.

"My career in the military and as a federal prosecutor fighting violent criminals and terrorists did not fully prepare me for the tactics employed by these special interest groups," Schmitz said in a statement.

That might have been the end of the story. But Friday's motion suggests that Walker and his allies haven't beaten back the John Doe just yet.

Conflicts-of-Interest of Wisconsin Surpreme Court Justices at the Forefront

The same groups accused of coordinating with Walker's campaign, Wisconsin Club for Growth (WiCFG) and Wisconsin Manufacturers and Commerce, have also been the dominant spenders on Wisconsin Supreme Court races in recent years, in most cases outspending the justices themselves.

In 2011, WiCFG, the WMC, and their offshoots spent nearly $3.7 million supporting Justice David Prosser. That was five times as much as the Prosser campaign itself, for an election that ended in being decided by a mere 7,000 votes.

Three years before, WMC's spending in support of Justice Michael Gableman had come in at five-and-a-half times what Gableman's own campaign spent. The WiCFG, for its part, also surpassed the Gableman campaign's spending, helping give Gableman a leg up in a race he won by 20,000 votes.

Given the closeness of these contests, and the disproportionate spending by these groups, it's fair to ask: If it weren't for WMC and the WiCFG's spending a combined $3.7 million on Prosser's race, and $2.75 million on Gableman's race, would the two justices even be on the bench?

Additionally, the justices had a personal stake in the outcome, since the decision made it easier for the parties to the case to support the justices' reelection in future campaigns. As a result of the Court's decision, the justices can coordinate with the same "dark money" groups that were parties to the case. Donors, rather than being limited to giving directly to a candidate and having their contributions disclosed, can now provide secret money to outside groups that will spend it as the candidates wish.

When faced with these sets of facts, the U.S. Constitution's Due Process clause could require that the justices recuse themselves, under the U.S. Supreme Court's 2009 Caperton v. Massey decision.

In that case, the U.S. Supreme Court held that a West Virginia Supreme Court justice should have recused himself from a case involving Massey Coal, after the Justice received $3 million in campaign support from the company's President & CEO, Don Blankenship. Blankenship had given $2.5 million to a PAC supporting the justice, and spent another $500,000 on independent expenditures.

The Court held that when a donor "had a significant and disproportionate influence on the outcome" of a judge's election, and when an election was decided by a small number of votes, among other factors, the risk of "actual bias is sufficiently substantial that it ‘must be forbidden if the guarantee of due process is to be adequately implemented.'"

And, the Court has shown itself to be particularly interested in cases addressing judicial integrity. In addition to the Caperton decision in 2009, earlier this year the Court issued a decision in Williams Yulee v Florida Bar, a case involving a First Amendment challenge to Florida's ban on judicial candidates personally fundraising for their campaigns.

Chief Justice John Roberts, who has consistently joined or authored decisions striking down limits on money in politics, sided with the Court's four liberal justices and upheld the law, declaring that "A state may assure its people that judges will apply the law without fear or favor."

Prosecutors in the John Doe alleged that Walker's campaign had violated the state's campaign finance disclosure laws by asking donors to secretly funnel money to "independent" groups that don't disclose their donors, and then telling the groups how to spend those funds. The Walker administration then prioritized the policies favored by those secret donors, records obtained in the investigation showed.

Because the $20 million scheme involved multiple players who lived across the state, the John Doe investigation was officially a five-county effort, involving five District Attorneys from both the Republican and Democratic parties. A 2007 law pushed by Republicans requires campaign finance violations be prosecuted in the counties where defendants reside.

However, as soon as the probe's first search warrants were executed in October 2013, the subjects of the investigation fought back with a barrage of state and federal lawsuits and a coordinated media strategy. Ultimately, the state lawsuits made it to the Wisconsin Supreme Court and were combined into a single case, which the Court ruled on in July.

Schmitz was the only prosecutor named in those cases, however. When the Court rescinded his appointment as Special Prosecutor, it left the prosecutorial team unrepresented in the case.

By filing a motion to intervene Friday, the three county prosecutors hope to join the case as parties, which would allow them to file an appeal to the U.S. Supreme Court.

Big Money Players Fight to Protect Themselves from Scrutiny

In many ways, the judicial conflicts-of-interest arising from Wisconsin's big-money judicial elections are only an example of the way that special interest spending dominates politics.

Following the John Doe investigation, the Republican-led legislature undertook a wide-ranging effort to rewrite state law. It enacted one bill rewriting the state's campaign finance law to legalize the conduct under investigation in the John Doe; another destroying the state's nonpartisan Government Accountability Board that supported the investigation; and a third exempting politicians from these kinds of corruption probes.

The only groups lobbying in favor of these three measures to eviscerate the state's anti-corruption laws were tied to the John Doe probe.

The only groups lobbying in favor of the bill to deform the GAB were Wisconsin Manufacturers and Commerce and David Koch's Americans for Prosperity, which spent $10 million in Wisconsin during the recall elections. AFP also ran ads pressuring senators to vote to dismantle the agency, and Wisconsin Club for Growth launched a robocall campaign. A newly-formed group called "Wisconsin Alliance for Reform" also ran radio ads supporting the bill; its web domain was registered by Lorrie Pickens, a former leader of AFP.

AFP also lobbied in support of the bill exempting political corruption from John Doe probes, as did Wisconsin Family Action, a group that was implicated in the John Doe probe.

The only groups lobbying in support of the bill to gut the state's campaign finance laws were Wisconsin Manufacturers and Commerce and Wisconsin Right to Life, whose Executive Director is Pickens, the former AFP leader who also registered the web domain for "Wisconsin Alliance for Reform."

Walker signed the campaign finance bill and the legislation to kill the GAB on Wednesday. With mission accomplished, Eric O'Keefe and Wisconsin Club for Growth settled their civil suit against the GAB on Thursday.

On Friday, prosecutors filed their motion to intervene and the fight to preserve Wisconsin campaign finance law and election integrity lives on.

This is almost too bizarre to rationalize. Walker and crew didn't want their election methods placed under public scrutiny all the while exclaiming 'there's nothing to see and nothing to hide.' When the sloppy trail of corruption is too easily verified - they conspire to pack the state supreme court with like minded predators of representative government, to kill public access to records of their egregious activities. They destroy the GAB, in so many words, calling it an enemy of honest government - as if the stench of hubris is enough to cloud our better judgment and mollify our collective raised eyebrow. It is not too strong to describe these people as patently sinister Nixon protégés. I pray they receive similar exit from public life but, with no convenient pardon to free them from the prison time they richly deserve.