ALEC and ACCE Pay-to-Play Meeting: in the Belly of the Beast in Scottsdale | PR Watch

ALEC and ACCE Pay-to-Play Meeting: in the Belly of the Beast in Scottsdale 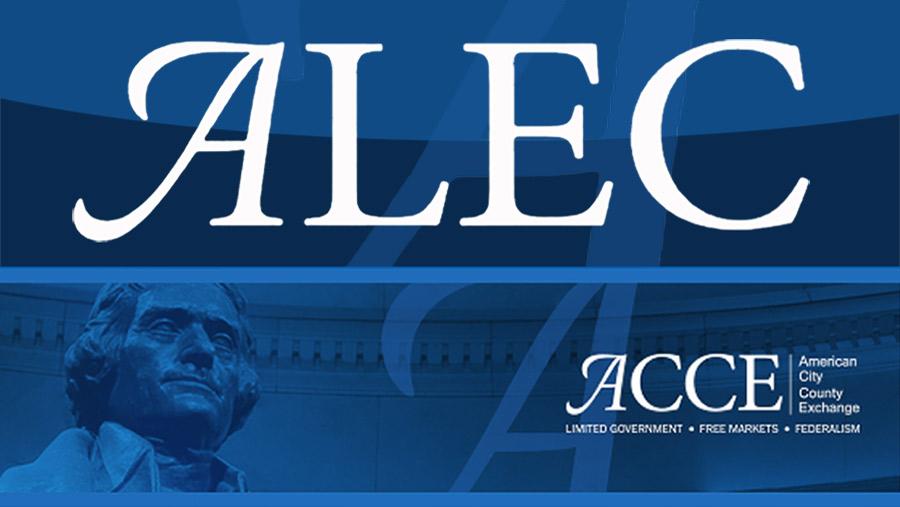 By Lauren Kuby, Councilmember from the City of Tempe, Arizona

Much like plastic debris makes its way into the innocent stomachs of our wildlife, I recently found myself in the belly of the proverbial beast—the American Legislative Exchange Council (ALEC). ALEC held its annual meeting in Scottsdale, Arizona, the first week in December. And, as a recently elected Councilmember from Tempe, Arizona, I attended on my own dime.

In a new twist of the ALEC playbook, policymakers and lobbyists have formed a mini-ALEC called "ACCE," the American City and County Exchange. Its director, John Russell, has proclaimed that ACCE will do for cities what ALEC has done for states—which he described as serving as a "nonpartisan free market forum" for local elected officials to learn from "industry experts and policy analysts." Translation: while Congress is gridlocked, cities are driving progressive change, so let's use our fossil-fueled cash to put an end to such change.

The ACCE meeting was tiny (25 participants) compared to its behemoth brother (nearly 700 attendees) and—surprise—diversity was lacking. Three women and no minorities in the group of 25 mostly older city and county officials.

I had run for Tempe City Council as a sustainability champion, eager to make a difference in my community. Early in my term, I gained Council approval to study the efficacy of a single-use plastic bag ban (PBB) for our university town. The State of Arizona glanced at our meeting agenda and banned bag bans outright, choking back hypocrisy as they claimed that the State trumps local decision-making on waste management and recycling.

Not happy about state interference in local concerns, I signed on as plaintiff in a lawsuit brought by attorney Tim Hogan of the Arizona Center for Law in the Public Interest. Our case argues that the ban on bag bans takes away local control and thus violates the home-rule provision of the Arizona Constitution.

I was curious to tiptoe into the den of corporate influence and quietly observe the right-wing's righteous anger towards cities who were innovating and saving taxpayer money.

First up, Philip Rozenski, director of "sustainability" and marketing for Novolex, the leading manufacturer of grocery bags that went by the name of Helix Poly until recently.

Arguably the most-traveled plastic-bag advocate in the country, Rozenski lives to deride advocates who are taking local action against the environmental, social, and economic impacts of plastic pollution to our waterways, public health, and supply chain.

Rozenski washed the room green with his claim that Novolex bags are good for the environment, as they use 30% recycled content. He failed to mention that, according to the U.S. Environmental Protection Agency, only 13% of plastic bags are recycled properly and that bags improperly recycled pollute marine environments, clog recycling sorters, litter roadways, and saddle cities with cleanup costs.

Another elephant in the room? Novolex was the single largest contributor to a campaign sponsored by the "American Progressive Bag Alliance"—the trade group for plastic bag manufacturers—to sidetrack California's Plastic Bag Ban. The Alliance spent over $3.2 million to repeal California's recently enacted law.

Rozenski warned the room's elected officials of the growing trend of city PBBs, which he described as "feel-good legislation" that serves as "stepping stones to the regulation of all packaging." He argued that, just as environmentalists play on emotion with visuals of bags littering the landscape, his alliance should likewise dramatize the "dangers of E. coli contamination" in reusable bags to win over the public. (Never mind that the study he references found that 99.99% of said bacteria is eliminated simply upon washing reusable bags.) With scant evidence, he also claimed that 5–10% of consumers living in cities with bag bans "flee" their cities' grocery stores to shop elsewhere.

He also was hoisted with his own petard when he argued that bag bans increase a retailer's costs. In reality, a five-fold cost increase for a grocer—from a penny per plastic bag to a nickel per paper bag—actually equates to a six-cent profit given that grocers can charge 10 cents for a paper bag should a consumer forget their reusable bag. Under this business-friendly equation, a penny saved from not buying plastic and a nickel earned from charging for paper equals a six-cent profit!

Under Rozenski's conjuring, cities considering PBBs go to untold lengths to avoid public discussion and offer only a three-day notice for the vote. In another of Rozenski's imagined scenarios, PBB advocates employ "crowd shaming" tactics to twist the arms of councilmembers to force their pro-bag-ban vote. I'm not sure what universe he comes from (where do paid shills originate?) but, in my city of Tempe, staff, business associations, and the public vet every policy proposal thoroughly—a sometimes a long and difficult process.

The next topic at ACCE's "Trending Regulations in Local Government Hurting Economic Growth" session was the supposed "epidemic" of "draconian" local restrictions against fracking.

The presenter Jacki Pick is the Vice-President of an operation called the "National Center for Policy Analysis," another "free-market" think tank funded by foundations established by right-wing business families and billionaires including—you guessed it—the Koch brothers. She is also a talk show host from Glen Beck's The Blaze Radio Network.

She offered up the case study of a fracking ban passed deep in the heart of Texas and compared the process to a "frog gradually boiling in the pot and not realizing what is going on."

She claimed that in Denton, Texas, like other cities, activists come to town and "attach" themselves to a professor who, in turn, pressures "unemployed college kids with lots of time on their hands" to take on the fracking fight. She suggested that professors were violating the law and that the process "needs to be shut down." She decried the influence of the 6,000 college kids who voted for the fracking ban: "They don't live there, don't pay taxes there. Yet they're deciding these issues."

I barely restrained myself from jumping to the microphone and educating the slack-jawed audience that: 1) the college kids I mentor hold multiple jobs to afford the high cost of tuition; 2) the U.S. Census counts college students where they attend school, not where their parents live, and democracy allows American adults to vote where they live; and 3) the Denton Fracking Ban passed by an overwhelming margin. The students' votes were merely the frosting on the cake.

This Cassandra of the Right continued to warn that "the oil and gas industry will be destroyed unless conservatives act." She complained that anti-fracking activists were turning conservatives' talking points—such as those that argue for decentralizing power and local rule—against them: "Get out in front of these activists who are ginning up discontent. That is how they make money...science is on our side."

While municipal plastic bag and fracking bans are on the rise, so is state interference with our local decision-making and corporate worries over the impacts of local action.

After three hours in the belly of the ALEC/ACCE beast, I felt sullied by their deceitful claims and defeated.

What could be a better antidote than a meeting of councilmembers on the front line of the preemption fight?

I boarded a plane to Washington, DC, to cleanse my spirit and refresh my belief that local actions make a difference and that the progress of cities is unstoppable--despite the efforts of ALEC and ACCE.