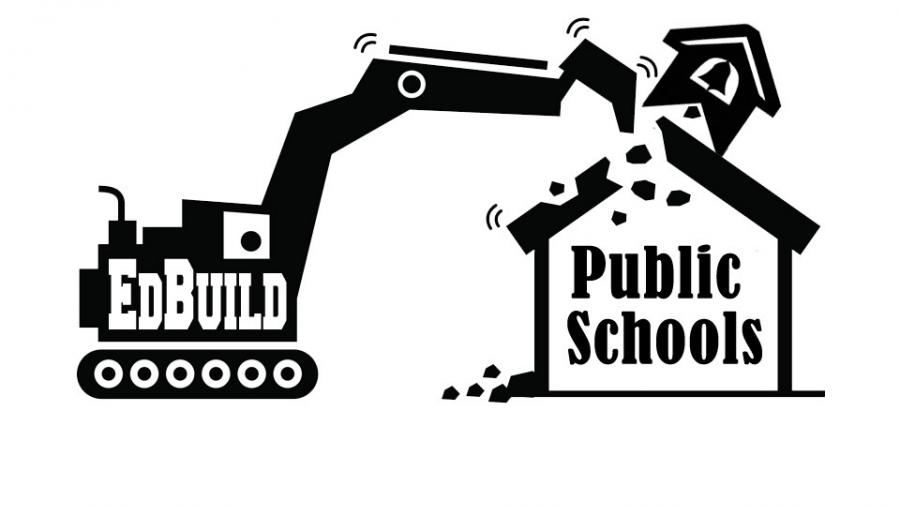 The school privatization movement has long sought to consign public schools and locally elected school boards to the dust heap of history to usher in a brave new world of "free market" schools instead of free and universal public education.

One big reason for this obsession?

There's at least half a trillion dollars a year up for grabs for corporations that want to line their coffers with taxpayer money. K-12 education, Rupert Murdoch explained in a press release a few years ago, is a "$500 billion sector in the U.S. alone that is waiting to be transformed."

But the transition to for-profit education has been too slow for some advocates who have some new and rather drastic ideas on how to pick up the pace, according to information obtained by the Center for Media and Democracy/PRWatch.

In a year which marks the 10th anniversary of Hurricane Katrina, school "reform" advocates gathered in New Orleans under the aegis of billionaire Betsy DeVos's American Federation for Children (AFC).

Held at the luxurious Hyatt Regency Hotel in the Business District—far from the wards devastated by Katrina—the AFC Policy Summit was a celebration of New Orleans' school privatization spree in the aftermath of the disaster took the lives of 2,000 Americans and destroyed entire neighborhoods.

But in the absence of a new hurricane that would sweep away public schools, a man-made calamity might do the trick. Such was the argument of Rebecca Sibilia, who is the CEO of a new non-profit education group: Edbuild.

"When you think about bankruptcy … this is like a, this is a huge opportunity for school districts. And this is something that Ed Build is going to focus on. Like bankruptcy is not a problem for kids; bankruptcy is a problem for the people governing the system, right? So, when a school district goes bankrupt all of their legacy debt can be eliminated. And when we are answering questions that Andy [Smarrick] and Mike [McShane] put forward, like how are we going to pay for the buildings, how are we going to bring in new, umm, operators when there is pension debt? Like if we can eliminate that in an entire urban system, then we can throw all the cards up in the air, and redistribute everything with all new models. And so, you've heard it first: bankruptcy might be, like, the thing that leads to the next education revolution," Sibilia explained."

Here's a video of Sibilia's joyful response to the idea that bankruptcy is a "huge opportunity."

"This sounds like an attempt at a naked power grab," Saqib Bhatti an expert in municipal finance with the Roosevelt Institute told the Center for Media and Democracy. Bhatti explained how bankruptcy could potentially lead to the kind of public-to-private "redistribution" Sibilia has in mind.

"Once you've cleared any hurdle the state has set up and file for Chapter 9 bankruptcy, the case goes before a federal judge who reviews the bankruptcy plan the municipality has submitted. The judge can only accept it or reject it, and is not allowed to propose any changes. This gives you plenty of leeway to impose radical policy changes under the guise of saving money. You could, for example, turn traditional public schools into charters and undo union contracts," said Bhatti.

Bhatti was drawing upon his experience examining the Detroit bankruptcy.

Two years ago, the city became the largest in U.S. history to file for federal bankruptcy protection.

"Conventional wisdom," Bhatti wrote in In These Times, "held that bloated pensions had bankrupted Detroit." But, as he demonstrated:

"[The] bankruptcy was not borne out of financial necessity and was not a foregone conclusion. It was a political decision made by state officials. Gov. Rick Snyder and the Michigan Legislature chose to push the distressed city over the edge in order to accomplish two otherwise difficult political goals: slashing pensions and regionalizing the Detroit Water and Sewage Department."

Using a phrase coined by Naomi Klein to describe the corporate takeover of public schools in New Orleans post-Katrina, Bhatti referred to the bankruptcy push as "disaster capitalism at its finest."

In fact, Detroit came to provide a blueprint for how bankruptcy (or the mere threat of bankruptcy) could be used to radically restructure or privatize public assets under the guise of fiscal responsibility.

Even though the Detroit bankruptcy did not directly affect the urban school district, school privatizers nevertheless took note.

While the idea of districts filing for bankruptcy was not exactly new, it had not been very vocally embraced as a policy prescription before.

Former George W. Bush education official Andy Smarrick, author of The Urban School System of the Future, proposed in a 2010 essay that the mechanism be available so that "failing" public schools would go belly up in much the same way as failing private companies: "After undergoing improvement efforts, a struggling private firm that continues to lose money will close, get taken over, or go bankrupt … Urban school districts, at long last, need an equivalent."

But in 2010, with municipal bankruptcies far and few in between, the prospects of a major urban school district actually going through the ordeal appeared rather remote. Detroit changed everything.

Disaster Capitalism Is Now Expressly Embraced by the Corporate Right

At an education reform meeting in 2011, Illinois Governor Bruce Rauner argued that Katrina was not all bad. There were, he said, "bright spots" as the hurricane literally swept away public schools and paved the way for charter and voucher schools.

With Detroit in fresh memory, it is hardly a surprise that Governor Rauner is now making a callous push for the Chicago Public Schools District to declare bankruptcy to "restructure contracts" and address a $1.14 billion budget shortfall instead of raising revenue to meet the need to fund 21st century schools. He also tried to blame teachers' unions for balking at having their contracts torn up and pensions gutted.

Rauner has pitched bankruptcy as a last resort once all other options are exhausted, but preaching to the choir behind closed doors in New Orleans, Sibilia threw caution to the wind. Not only did she suggest that this was the solution the corporate school reform movement has been waiting for; she also made it clear that once bankruptcy is declared, the current public school teachers have got to go:

"The schools of choice that will largely replace the old schools have new teachers; they have a completely different teaching corps than those of the public schools."

"What Happens After You Blow It All Up?"

EdBuild board Member Derrell Bradford, who moderated Sibilia's panel–titled "Knocking out Yesterday's Education Models" joked that the working title of the panel had been "What Happens After You Blow it All Up?"

But it's no joke for the children and families and educators affected by the reformers' willingness to push every lever—no matter how disruptive or destructive—to undermine public schools and funnel money to the for-profit firms who turn around and spend big bucks on lobbying, elections, and non-profit groups, such as AFC and EdBuild, that help advance their bottom line at the public's expense.

EdBuild contacted CMD/PRWatch to complain that Sibilia's quote was inaccurate and taken out of context. We stand by our story and have added a video showing her making the comments we quoted. Our original quotation did omit verbal tics such as "umm" and "like" but is substantively accurate:

"When you think of bankruptcy … this is a huge opportunity. Bankruptcy is not a problem for kids; bankruptcy is a problem for the people governing the system, right? So, when a school district goes bankrupt all of their legacy debt can be eliminated . . . How are we going to pay for the buildings? How are we going to bring in new operators when there is pension debt? Look, if we can eliminate that in an entire urban system, then we can throw all the cards up in the air, and redistribute everything with all new models. You've heard it first: bankruptcy might be the thing that leads to the next education revolution"

It seems that those in favor of charter schools will let no opportunity to kill off the public school system pass untaken. At least they haven't resorted to killing off school teachers and officials, yet, but please, don't let them even start thinking about that possibility.
What do you mean "they haven't resorted to killing off school teachers ... yet"? They've been at precisely that for some good long while: http://www.thenation.com/article/where-shame-policy-inside-las-teacher-jail/
@Chester Payne: "they" HAVE resorted to "killing off school teachers and officials"! (Do you not realize that fact?) And what is your proposal as to stop it?
Dear Ms. Sibilia - Do you really think that bankrupting the system would not have a major disruptive effect on inner city children? Do you really think a corp of 20 somethings from private schools and advantageous backgrounds (ie - yourself) are really capable of carry the teaching load versus professionals with decades of experience - actual skin in the game? Or are your educational theories simply a reflection on your faith in corporatism and its axiomatic greed ethic? You represent the worst kind of charlatan modern American society can produce ... a sophomoric know-it-all who can't be bothered asking those older and wiser than you. Your's is a gamblers approach - but unlike Silicon Valley, the inventory that remains from your flawed model isn't left-over products, its children ... flesh and blood, with souls ... who won't have mommy and daddy to turn to for options B,C, D, and E ... just a lifetime of pain picking up the tab for your hubris. May God have mercy on your soul - should your 'ideas' ever turn into policy - assuming you have a soul/spirit to begin with.