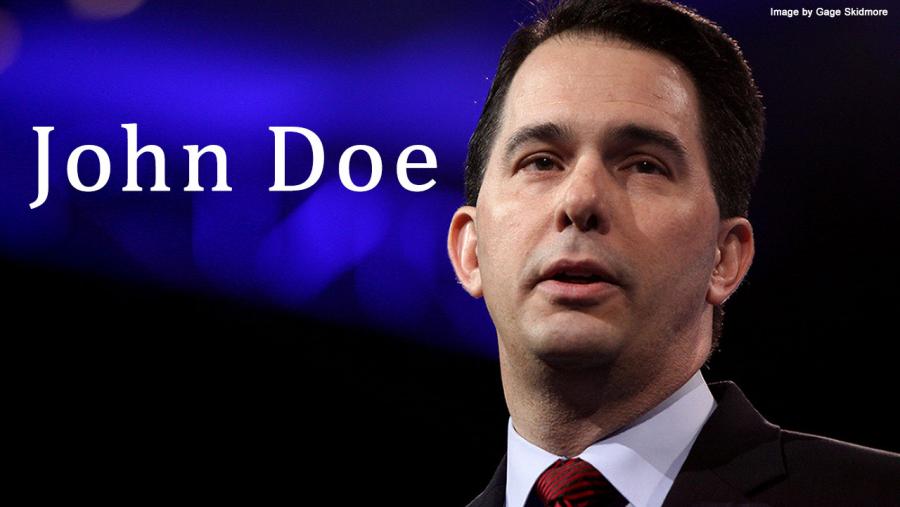 Madison, WI--Today, the Wisconsin Supreme Court overturned the state’s limits on money in politics, opening the door to unlimited, undisclosed spending coordinated directly with candidates, and handing Scott Walker a significant political victory as he begins his run for the White House. The decisions in the case can be found here.

"The dark money groups that bankrolled the Walker team's recall victories got the decision they wanted from the justices they swept into office with their spending," said Lisa Graves, Executive Director of the Center for Media and Democracy.

“It comes as no surprise that a court elected with $10 million in support from the same dark money groups under investigation would overturn years of precedent and open the door to unlimited secret funds in Wisconsin elections, fully coordinated with candidates,” said Brendan Fischer, General Counsel of the Center for Media and Democracy.

The groups challenging the probe, Wisconsin Club for Growth (WiCFG) and Wisconsin Manufacturers and Commerce (WMC), allegedly coordinated with Walker and were parties to the case, and also among the top spenders on Wisconsin Supreme Court elections.

Justices Michael Gableman and David Prosser were both elected to the court by narrow margins and with huge expenditures by WMC and WiCFG, yet declined a motion from Special Prosecutor Schmitz to recuse themselves from the case. In court filings, Walker’s lawyer also argued against the recusal motion.

WMC spent $2.25 million supporting Justice Michael Gableman in 2008, five-and-a-half times as much as Gableman's own campaign, in a race he won by 20,000 votes. WiCFG also surpassed Gableman's campaign spending.

According to CMD's analysis, WiCFG, WMC, and their offshoots spent $3,685,000 supporting Justice David Prosser in his 2011 race, five times as much as the Prosser campaign, in an election decided by just 7,000 votes.

Chief Justice Shirley Abrahamson was stripped of her title after an election earlier this year in which WMC spent $600,000. Her dissent in the John Doe is stinging: “Lest the length, convoluted analysis, and overblown rhetoric of the majority opinion obscure its effect, let me state clearly: The majority opinion adopts an unprecedented and faulty interpretation of Wisconsin's campaign finance law and of the First Amendment. In doing so, the majority opinion delivers a significant blow to Wisconsin's campaign finance law and to its paramount objectives of 'stimulating vigorous campaigns on a fair and equal basis" and providing for "a better informed electorate.'"

Thanks to the court’s ruling, candidates can now work hand-in-glove with “independent” groups that take unlimited, secret donations but stop short of expressly saying “vote for” a candidate. Now, there is nothing stopping a candidate, Democrat or Republican, from forming a nonprofit that takes secret, unlimited funds--and even foreign donations or funding from corporations--and having it operate out of their campaign office. The decision applies to the justices' own campaigns, as well.

“In future elections, the same justices who struck down the anti-coordination rules will be able to coordinate with precisely the same groups that were parties to this case,” Fischer said.

Read more about the history of this John Doe and the implications for Wisconsin's clean elections laws here. Access the publicly available John Doe documents and emails here.

Click here for a PDF version of the John Doe decision by the Wisconsin Supreme Court.

Look back and think about the groups who are the defendants in this case and remember: -they financed the Supreme Court runs of the 4 justices who killed the John Doe -the defendants' interference in past Supreme Court elections prompted the "Impartial Justice" law which would publicly fund Supreme Court elections -Scott Walker eliminated the "Impartial Justice" law in a budget passed shortly after he was elected -JoAnne Kloppenburg "won" the Supreme Court race in 2011 against Justice Prosser (who was backed by these defendants) but Walker said "Maybe more votes will be found for Prosser" and two days later, those votes were found and Prosser kept his seat -Abrahamson was deposed as Chief Justice even after voters elected her to a 10-year term as Chief after a well-financed campaign by the defendants to put an item on the ballot that changed the seniority system used by the court -the Justices who voted to end John Doe also voted to give themselves sole power to decide when and if they should recuse themselves from cases directly impacting themselves or their families The corruption of the WI Supreme Court over the past several years is just breath-taking.