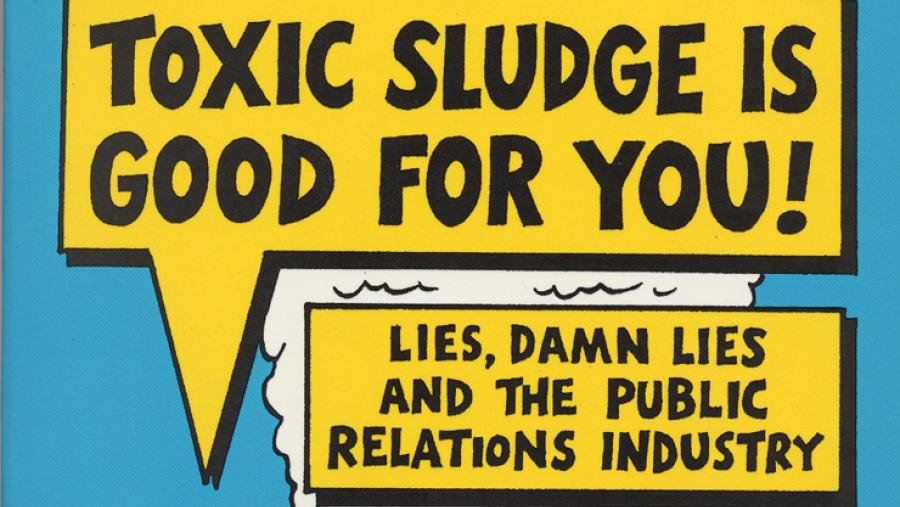 "Toxic Flame Retardants Are Good For You!"

But it’s not every day that we get to hear from an insider about the front group he ran for the chemical industry.

Grant Gillham created and managed a front group for companies that make toxic flame retardants, spinning stories and deceiving consumers and legislators about the health risks from these chemicals.

Now he’s speaking out against the companies and their deceptive campaign.

And we hear from John Stauber, on the 20th anniversary of the publication of his classic expose of the public relations industry, Toxic Sludge Is Good for You.

Grant Gillham spent five years as Executive Director and sole staff person of the Citizens for Fire Safety Institute (CFFSI), a front group for the three leading makers of chemical flame retardants. The campaign was exposed in an award-winning Chicago Tribune investigation in 2012, but only after CFFSI helped the industry beat back 58 of 60 proposed state regulations on their toxic chemicals.

John Stauber is the co-author, with Sheldon Rampton, of Toxic Sludge Is Good for You, and 5 other books. He is also the founder of the non-profit, non-partisan Center for Media and Democracy (CMD), the only public interest and journalism organization dedicated to exposing organized corporate and government propaganda and its impacts on democracy, public information, and democratic social change.

Music in this episode includes Brother John by the Neville Brothers, Fibbin’ by Patti Page and Meat Loaf, I’d Lie for You (and That’s the Truth).

Thanks to the Green Divas Radio Network, you can stream Before You Leap live every morning at 10 am EST. New shows post every week on Thursdays. (We’re also on Stitcher Radio and Player FM! Listen/Subscribe via ItunesDownload.)

This interview and the write-up above was first published by Charles Margulis at the Center for Environmental Health.