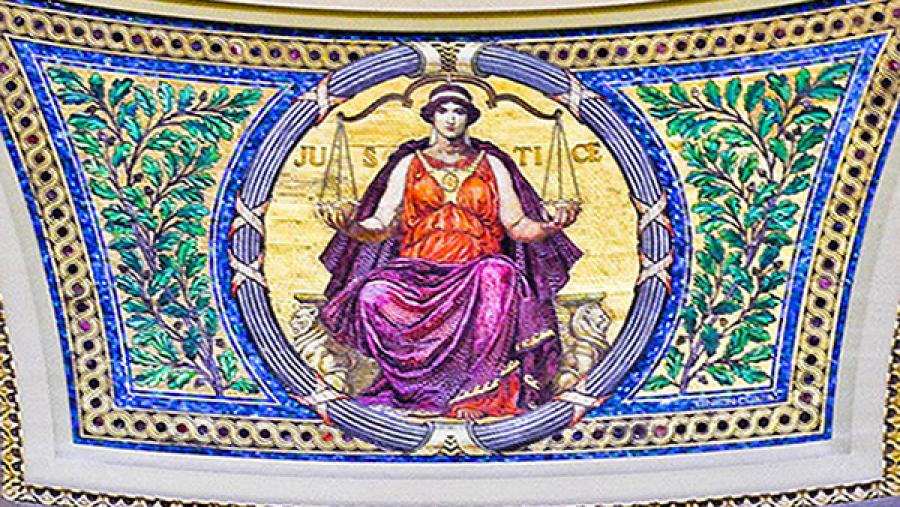 Scott Walker unseated his sharpest opponent last night. But you won’t learn that from much of the media coverage.

The fact that Walker and his big money allies tricked Wisconsin voters into stripping Chief Justice Shirley Abrahamson of her title was not considered a story by the 100 or so national reporters now assigned to cover Walker’s run for the White House. And the fact that the GOP slipped the law change onto the ballot just as the John Doe criminal probe of Walker and his big money allies came before the court, was not worth mentioning in the Milwaukee Journal Sentinel.

While Walker’s fondness for Ronald Reagan was a front page story in the New York Times Sunday. Perhaps the national news might want to consider whether Walker has an affinity for another iconic president who on October 21, 1973 pulled off the “Saturday Night Massacre” firing the U.S. Attorney General and others in an attempt to evade accountability for high crimes and misdemeanors.

Since he took office in 2011, Walker and a Republican-controlled State Legislature began moving aggressively to exert partisan political control, destroying a wide array of reforms that had given the state the reputation of one of the nation’s most transparent and clean election systems with record levels of voter turn out.

Wisconsin’s reputation for clean government was built in the post-Watergate era when a bipartisan group of legislators, appalled by Nixon’s dirty tricks, decided to strengthen Wisconsin’s public financing and disclosure laws, create a robust Open Records law and strengthened the state’s gift ban or “Badger Rules.” Not even a cup of coffee could be taken from a lobbyist.

Walker and the Republican controlled legislature set about systematically destroying this clean election structure. They dismantled Wisconsin’s 34-year-old partial public financing system for other statewide and legislative elections. They repealed the Impartial Justice law which provided public financing for state Supreme Court elections. That same year they enacted one of the most extreme and restrictive voter photo ID laws in the nation, which threatens to disenfranchise some 300,000 Wisconsinites, and passed 19 other "model" bills lifted from the American Legislative Exchange Council playbook.

It was the Walker campaign's disregard for Wisconsin’s long standing bar on coordination between campaigns and outside groups that led a bipartisan group of prosectors to investigate Walker's fundraising activities during the 2011 and 2012 recall campaigns. Prosecutors allege that Walker raised millions for Wisconsin Club for Growth, which spent $9 million on the recall races, and funneled some $10 million more to other groups including Wisconsin Manufacturers and Commerce (WMC). This was entirely unprecedented in the state.

As PRwatch reported, WMC spent $600,000 in its effort to unseat the Chief Justice. It spent $7 million to elect the court’s right-wing majority. By the time the Walker investigation is taken up by the Wisconsin Supreme Court later this month, the subjects of the investigation may have one of their own sitting in the Chief’s chair.

Walker Probe to Be Considered in Secret, Justices Stonewall Recusal

In the John Doe probe, a bipartisan group of prosecutors allege that Walker is at the center of a “criminal scheme” to coordinate fundraising among dark money groups to help his campaign and those of other Wisconsin politicians facing recall. So little is still known about this case that an undisclosed $1.5 million dollar dark money donation to support the Walker agenda by billionaire John Menard was only brought to light by veteran political reporter Michael Isikoff.

The Wisconsin Supreme Court recently decided to cancel oral arguments in the case to guard against leaks. The court will now decide the fate of Walker and the other subjects of the investigation without oral arguments and behind closed doors.

But equally importantly, the court will rule in secret on the fate of Wisconsin’s clean election laws. In doing so, they will also decide the rules for their own reelections.

While prosecutors have demanded the members of the court's conservative majority recuse because the big money groups under investigation spent more money to get them elected than the candidates did themselves, the justices are stonewalling that request.

Abrahamson fought the secrecy in an a sharply worded dissent. The decision "may, unfortunately, signify the court's intention to dispose of the John Doe cases as a whole in a similarly swift and secretive manner. I cannot join the court in concealing this important litigation from public view."

With some irony Abrahamson noted that if the U.S. Supreme Court was able to hear oral arguments on the Pentagon Paper's case, which pitted the New York Times against Nixon and which involved the secrets of the hydrogen bomb, surely the Wisconsin Supreme Court could hear matters of campaign finance.

Going after the Elections Board and the John Doe Statute

And the wrecking crew is not done.

Jay Heck of Wisconsin Common Cause, the clean elections watchdog, has been fighting a David and Goliath battle to preserve Wisconsin election law. He has been sounding the alarm about the GOPs move to eviscerate the state's long-established John Doe law. The changes being debated by the legislature would kill the current John Doe investigation and make it impossible to investigate political corruption in the future. He also warns the legislators are moving to bring the non-partisan Government Accountability Board (GAB) under partisan control and to end the independent, sum sufficient stream of funding that GAB was provided to investigate corruption. GAB was born in 2007 after the “caucus scandal” rocked the state and six legislators were charged and sentenced for corruption.

In March the Republican legislature, held a hearing on proposals to raise or do away completely with campaign contribution limits, weakening electioneering disclosure and ending the long-standing prohibition on coordination between a candidate's campaign and outside special interest groups.

But instead of alerting the public to this rigged game, with rare exceptions the national news has taken no notice.

“The media treats it all like a sporting event, one team wins while the other loses, rather than as a matter of law or ethics or even right or wrong. That is a far cry from how matters like this were framed and covered as little as a decade ago when both sides feared being on the wrong side of state law and tradition. What was once considered a crime in Wisconsin can be repackaged constitutionally protected "free speech” as long as the votes are there to make it so,” Heck told PRwatch.

“Inevitably the arrogance of those in power will extend too far and scandal and disgrace will ensue and bring about a sharp adjustment and correction," he said. "But how long it will be before we reach that point is the question. And how long can we afford to wait?”

UPDATE: On Wednesday, April 8, Chief Justice Abrahamson filed a brief in federal court requesting a temporary restraining order. The brief notes that there is no language in the constitutional amendment that makes it apply retroactively and its implementation would shorten the 10-year term of office to which Abrahamson was elected as Chief Justice abridging her constitutional rights to due process and equal protection.

PRwatch salutes the memory of UW History Professor Stanley Kutler who passed away this week at the age of 80. Kutler fought a decades long legal battle to ensure that the Nixon tapes were preserved, transcribed and made available to the public and future generations. Thanks to Kutler, you can access this library here.

Madison federal judge James Peterson's hearing (re: Hon. Chief Justice Abrahamson's lawsuit) occurs on the cusp of Earth Day. On behalf of all who honor Earth and love Wisconsin's wild Nature I thank you, CMD, for exposing ALEC as the central coordinating committee of our own governor Walker's problems and of similar fa$ci$t take-over attempts in Texas and elsewhere. May Abrahamson win her lawsuit and may the people of America ultimately ban ALEC. http://www.truth-out.org/news/item/29485-since-the-city-of-denton-banned-fracking-texas-gop-moves-to-pre-empt-local-control#
Both of them are whack jobs. Good for the people of Wisconsin who voted for this Ammendment.
The good people of WI may actually have voted NO on the referendum: http://wcmcoop.com/2015/04/12/evidence-of-election-fraud-in-wisconsin-wmc-buys-supreme-court-chief-justice/
I know I voted Yes, and I am not a Republican. I voted Democrat for 34 years, so there can be no one saying I am a "right wing nut job." Did anyone ever think that the people we put in office just seem to stay there for too damned long? I want every politician and judge of any kind to have limits to how long they sit on their butts any where. They all lose perspective after time and their bank accounts grow. Everyone has their hands out for the poor, but what about the working class who are heading in that direction? Most of the money that is given to states supposedly to help it grow has ended up in all of our politicians pockets. Mayor Barrett from Milwaukee is in a heap of crap because of the choices he has made with the states funding just so Johnson Controls could fill his pockets before he is voted out. Milwaukee spoke (both parties) and he went against us. I follow many issues, and yes, even with Walker. He has not paid close attention to this state since he got the *DC* plague in his head. He spends his time everywhere but here. He may have lowered taxes, but my house has lost a total of 15000 value because of that, even though many expensive upgrades were made. It is also the Mayors fault, because he will not allow the police department to go after the thugs killing every night because he wants to keep those votes. I am just totally sick of every stinking politician.
Your post makes no sense. You don't like long term politicians, or 'experts in politics', then vote them out. And your solution to helping the poor is to vote Republicans into office? Do you even think? Republicans legislate for the top income brackets to the detriment of the working class and poor. That's the record. I have to ask again, do you even think before you type? The rest of your drivel about Barrett is manufactured nonsense.
I'm going to cut up my BIG Card and send it to John Menard.