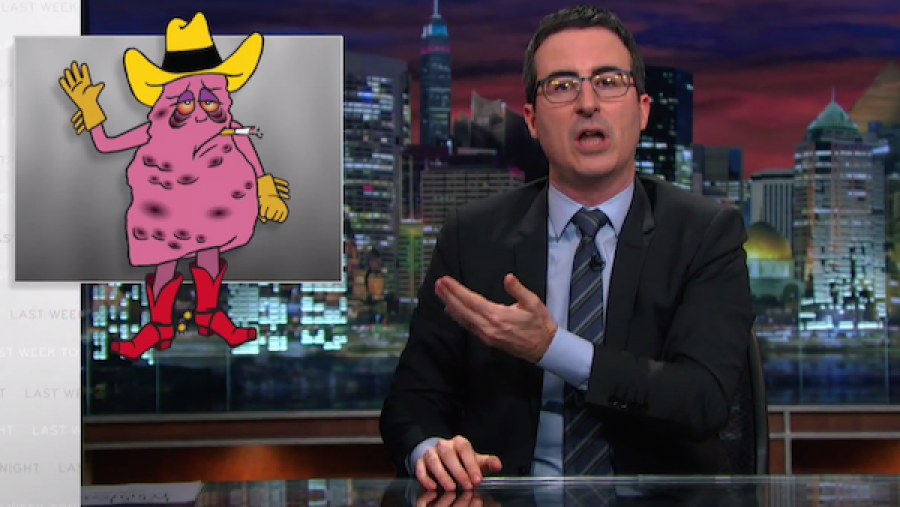 "Last Week Tonight with John Oliver" featured a segment Sunday on how Philip Morris and other tobacco companies are suing countries around the world to limit ways the government can alert the public about the life-threatening risks of smoking. Oliver--who awarded the American Legislative Exchange Council (ALEC) the honorary title of "Associate Producer of Creating Horrifying Things for Us to Talk About" of his show last season--detailed how Big Tobacco has been lobbying to limit graphic warnings on cigarettes. He did not mention how ALEC has helped the tobacco companies, with whom it has a long shared history and from whom it receives significant funding, push their anti-regulatory agenda globally.

Brandie Davis, lobbyist and Director of Corporate Affairs at Philip Morris International, urged lawmakers to adopt a measure in opposition to "plain packaging" laws that ban trademark labels on cigarette packages, branding them as illegal advertising and replacing them with images like the diseased lung featured on Oliver's show that alert smokers to the danger of smoking cigarettes. ALEC's International Relations Task Force took up the issue at the 2010 annual meeting (p. 14), and with corporate lobbyists like Davis voting as equals with state lawmakers to make it part of ALEC’s legislative agenda, "The resolution passed unanimously and was subsequently approved by ALEC's Board of Directors." Reynolds American, another global tobacco company, was co-chair of the task force at the time.

After approving the resolution, ALEC sent a letter to the Australian Senate opposing plain packaging initiatives and suggesting that "plain packaging can result in an increase in tobacco use due to the proliferation of cheaper, counterfeit products" in October 2010.

ALEC pursued Philip Morris' and other tobacco companies' legislative agenda in other ways. For example, in 2011, it published a special report on plain packaging (p. 8), calling it a "government seizure of a company's most valuable asset": its logo, image, and name brand.

While Australia was considering implementing plain packaging, ALEC also issued a press release in June 2011 arguing that "there is no compelling evidence that the Plain Packaging proposal will achieve its stated objectives" and claiming that "this draconian approach undercuts the competitive advantage of name brands," an advantage that has contributed to Philip Morris International's $80 billion a year in annual revenue, as an example. Philip Morris even launched a special lawsuit under a global trade agreements attempting to override the Australian law, as Public Citizen has explained.

Unfortunately the facts are not in ALEC's favor. Since the law was implemented warning of health risks to consumers, tobacco consumption in Australia has fallen to record lows.

ALEC also tried to derail the UK government's plain packaging proposals in 2012, as reported by The Guardian.

ALEC's part in this story is unsurprising, and not just because of its long-term Big Tobacco funding. Using international trade agreements to attempt to override the health regulations of sovereign nations, as Big Tobacco has done, amounts to preemption of those nations' health laws, and ALEC has long pushed preemption of local, state, and national laws in aid of its funders' corporate agenda, as the Center for Media and Democracy has reported extensively.