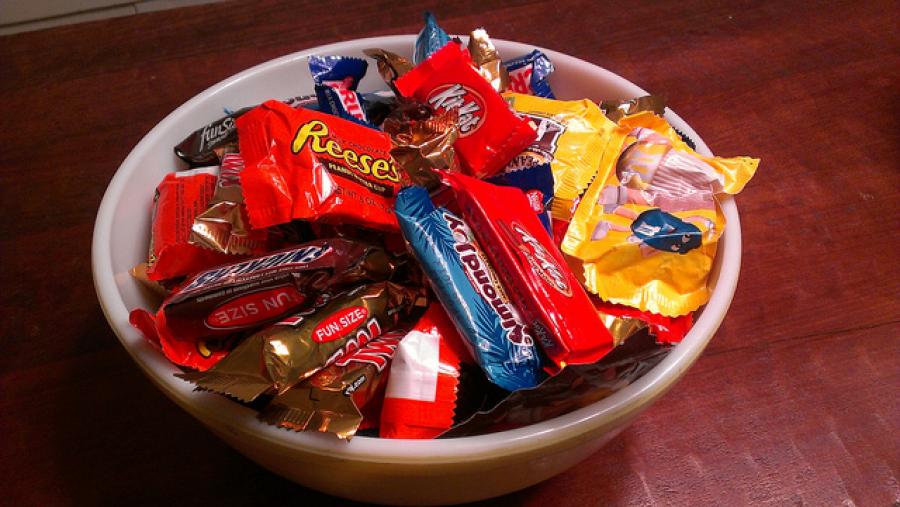 As you stock up on candy to hand out to trick-or-treaters and prepare to inspect your children's candy haul, do you know where those treats were made, and by whom? Many candy brands are considered all-American favorites, but are they made in America?

All of the most popular Halloween candy brands in the United States are made by either Mars or Hershey, according to USA Today. Two of the 20 most popular products were made by Nestlé.

Neither Mars, Hershey, nor Nestlé responded to the Center for Media and Democracy's requests for information about where their candies are manufactured.

Nestlé, Hershey, and Mars have all been subject to intense criticism for their labor practices.

In December 2013, three Malian men won the right to sue Nestlé, Cargill, and Archer Daniels Midland for allegedly "aiding and abetting the luring of the men across the border from Mali to the Ivory Coast in the 1990s, where the then children worked unpaid on cocoa farms which suppled the companies in question," according to Confectionery News. The practice did not stop in the 1990s. Between 300,000 and a million children labored on cacao plantations in the Ivory Coast and Ghana between 2007 and 2013, according to estimates by the International Cocoa Institute, Tulane University, and UNICEF.

Nestlé announced in December 2009 that its Kit Kat chocolate products marketed in Britain would start to be sold with certification from the Fairtrade Foundation, which does not allow child labor. But a 2012 report by the Fair Labor Association found numerous serious violations of Nestlé's own child labor policies among its suppliers, according to the Corporate Research Project.

In August 2011, about 400 foreign college students staged a series of protests about wages and conditions at a Hershey distribution facility in Palmyra, Pennsylvania. They had paid to travel to the United States as part of a cultural exchange program but then been assigned to work at the warehouse. The Labor Department launched an investigation into wage-and-hour violation claims and safety concerns, according to Forbes.

The "Raise the Bar, Hershey! Campaign" was launched in September 2010 to pressure Hershey to commit "to take immediate action to eliminate forced and child labor... from Hershey's cocoa supply." The groups involved -- Global Exchange, Green America. the Oasis Trust, and the International Labor Rights Forum -- succeeded in October 2012 in eliciting a pledge from Hershey to certify 100 percent of its cocoa by 2020. It did not initially specify "fair trade" certification, which the groups urged and which provides higher wages for farmers as well as requiring the use of more environmentally sustainable crop management and reduction of the use of toxic pesticides.

Hershey announced in 2014 that 18 percent of all cocoa it sourced in 2013 was certified by UTZ Certified, Fair Trade USA, or Rainforest Alliance Certified. Fair Trade USA and another certifier, Fairtrade International, recently began to offer a less stringent Fair Trade-certification for bars that contain Fair Trade-certified cocoa but not sugar and vanilla. Previously, all fair trade certification required manufacturers to get all possible ingredients from fair trade certified sources. Some critics take issue with the new less-stringent certification.

Mars was subject to an earlier campaign protesting its use of child labor in West Africa, starting in February 2004. The company pledged in 2009 that its cacao supply would be certified by 2020.

The American Federation of Labor and Congress of Industrial Organizations (AFL-CIO), recently highlighted a list of candies that are union-made in America. Of the top ten highest selling brands, only two -- Hershey's (Extra Dark and Nuggets) and Kit Kat bars -- also make either the AFL-CIO's list or the list compiled by Labor 411.

A full list of candies made by BCTGM workers is available here.

In addition to your local confectioner, many other candies are made in the United States. All Pearson candies (like Pearson Salted Nut Rolls) are made at the company's facility in St. Paul, Minnesota, according to a spokesperson. Justin's organic peanut butter cups are made in the U.S., according to a spokesperson of that company. The company markets bags of individually-wrapped peanut butter cups as well as standard two-packs.

One of the groups that launched the influential Hershey campaign was Green America, a non-profit that advocates using economic power to create a socially just and environmentally sustainable society. It decries the gap between annual revenues and CEO pay of companies like Mars, Hershey, and Nestlé and the pay of the farm workers and smallholder farmers that grow the cacao, sugar cane, and vanilla that go into America's favorite chocolate bars.

Of the companies that source 100 percent fair trade chocolate for their candies, the democratically-operated worker cooperative Equal Exchange has its mini chocolate bars manufactured and wrapped at a family-owned chocolate company in Switzerland. Two of its 3.5 oz. bars are made in California, and its 1.69 oz. bars are made in Peru, according to a spokesperson. Its chocolates are certified both fair trade and organic.

Divine, which is certified fair trade but not organic, manufactures its chocolates in Germany from cacao sourced from Kuapa Kokoo cooperative farmers in Ghana, according to a spokesperson.

Sjaak's is certified fair trade and organic and manufactures its chocolates in northern California, according to a spokesperson.