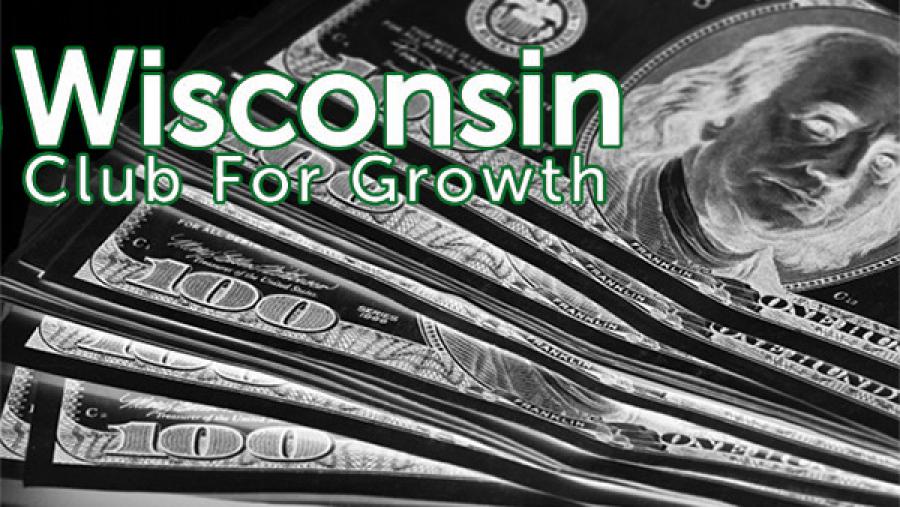 Complaint alleges group at center of Walker probe lied to IRS about political activity and violated its tax-exempt status, based on extensive new evidence.

The Center for Media and Democracy has filed a complaint with the Internal Revenue Service alleging that the Wisconsin Club for Growth lied to the IRS in 2011 and 2012, violated its tax-exempt status by operating as a political committee, and operated primarily for the private partisan benefit of the Republican Party, rather than for any sort of "social welfare."

The problem of politically-active "dark money" nonprofits abusing the tax code is growing, but never before has such extensive evidence of a tax-exempt group's internal communications about its explicit and extensive role in elections been made publicly available. Newly-public documents contradict WICFG's assertions to the IRS that it operated primarily to advance social welfare and engaged in zero political activity.

"We believe the evidence shows that the Wisconsin Club for Growth deliberately chose to cheat the tax code in order to hide the identities of the out-of-state millionaires, billionaires, and for-profit corporations pouring millions into Wisconsin elections," said Brendan Fischer, General Counsel of the Center for Media and Democracy, who authored the complaint. "By Wisconsin Club for Growth operating in this manner, our elected officials knew who greased their campaign wheels, but the public was left in the dark."

"WiCFG deprived Wisconsinites of their right to know who is really bankrolling the elections of our representatives, blocking the ability of the public and the press to track whether secret million-dollar donors later receive special treatment and the evidence shows clearly that donating paid off for out-of-state corporate interests," said Lisa Graves, Executive Director of the Center for Media and Democracy.

Wisconsin Club for Growth is at the center of the criminal investigation into alleged coordination with Governor Scott Walker's campaign during Wisconsin's 2011-2012 recall elections. CMD's complaint to the IRS relies on evidence made public in the course of a failed attempt by WiCFG and its director Eric O'Keefe to convince federal courts to stop the probe.

Those documents provide extensive evidence that WiCFG was primarily a political committee operated by the Walker campaign and focused on reelecting the Republican senators who supported Walker's legislative agenda, in violation of its tax-exempt status.

For example, Walker and his staff referred to fundraising for WiCFG for the purposes of "raising money for Walker's possible recall efforts." When Walker raised funds for WiCFG, he was instructed to tell potential donors that, in contrast with direct donations to his campaign or those of state senators, "donations to WiCFG are not disclosed and [it] can accept corporate donations without limits." Walker boasted to Republican operative Karl Rove about the role of WiCFG in the 2011 senate races, writing "We are running 9 recall elections and it will be like running 9 Congressional markets in every market in the state (and Twin Cities)."

WiCFG spent at least $9.1 million on Wisconsin's 2011 and 2012 recall elections, and funneled almost $10 million more to other politically-active groups -- some of which were controlled by WiCFG officials -- yet told the IRS that it spent $0 in political activity in 2011 and 2012. Almost the entirety of WiCFG's $20 million budget over those two years was spent on influencing elections rather than on "social welfare." WiCFG's primary focus was political campaign activity, CMD's complaint alleges, thus making it ineligible for tax-exempt status.

Additionally, the complaint alleges that WiCFG operated primarily to advance the private interests of the Walker campaign and the Republican Party. An organization is not eligible for tax-exempt status if it operates for a substantial private purpose, and activities undertaken to provide a partisan benefit are considered to serve private interests, rather than the common good.

WiCFG was led by Walker's top paid campaign advisor, R.J. Johnson, and campaign staff instructed Walker to refer to WiCFG as "your" 501(c)(4) when fundraising for the organization. Donors gave to WiCFG for the purpose of supporting Walker's agenda; the memo line of one $50,000 check to WiCFG reads "501c4-Walker." Millions in WiCFG funds were transferred to groups that campaigned for Walker, and millions more were spent protecting the seats of the Republican senators who supported Walker's agenda.

Plus, WiCFG operated to further the private financial interests of one of its top donors, the Florida-based mining company Gogebic Taconite. That for-profit corporation made at least $700,000 in donations to WiCFG between 2011 and 2012, and WiCFG, in turn, spent $919,000 targeting a state senator who opposed the mining company's efforts to revise Wisconsin environmental laws so it could build an iron ore mine in the northern part of the state. That senator lost by 600 votes, giving Republicans control of the state senate, and with it, the votes needed to give WiCFG funder Gogebic Taconite its iron ore mine.

Although state proceedings are ongoing about the scope of Wisconsin's campaign finance law, the eventual outcome of the investigation does not change the analysis of whether WiCFG existed primarily for the private benefit of the Walker campaign, the Republican Party, and its funders, nor does it affect whether WiCFG engaged in unreported and excessive political intervention for purposes of the federal tax code. The IRS does not use an "express advocacy" test for judging whether an ad constitutes intervention or participation in a campaign.

Read the complaint and exhibits.

Investigative reporting is expensive. If you appreciate CMD's independent journalism, please donate to support our work.