Power Players Behind the Corporate Takeover of Pennsylvania Schools 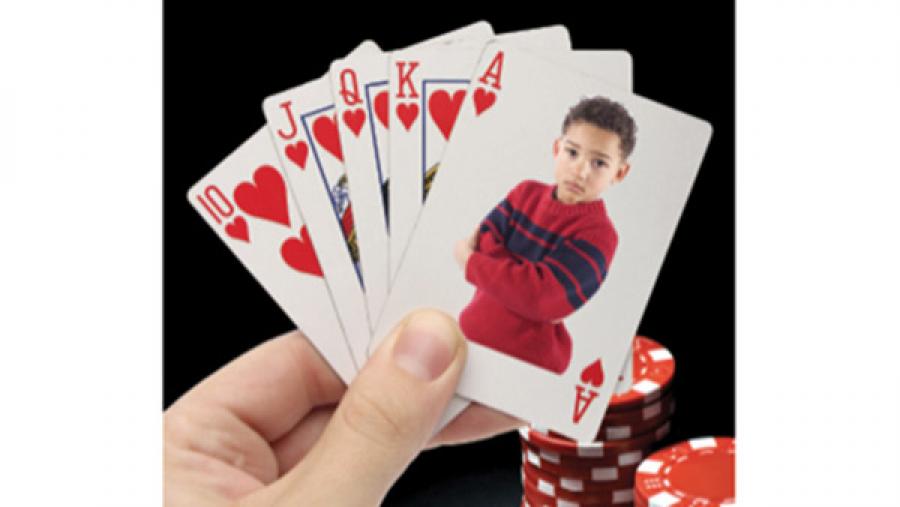 By Brendan Fischer and Jonas Persson

In 2007, Philly rolled out the red carpet for state legislators and lobbyists attending the annual "State and Nation" policy summit of the American Legislative Exchange Council. Pennsylvania legislators appropriated a whopping $50,000 of taxpayer money to help pay for the event, including $3,000 for cheesecake lollipops.

The event apparently had a lasting impact as the ALEC agenda has continued to roll though the hallways of the state capitol in Harrisburg in the years since. After Governor Corbett took office in 2010, ALEC bill after ALEC bill was introduced and signed into law. To accomplish this feat a well-orchestrated cast of characters -- including politicians, state "think tanks" and advocacy organizations -- are singing from the same hymnal, and being bankrolled by the same interests. Behind the scenes, we find charter school magnates, ideological interests and deep-pocketed investors pumping millions into campaign coffers while playing the education "market" like a game of poker.

With this report the Center for Media and Democracy puts a spotlight on some of the power players behind Corbett's dramatic moves to reshape state education policy for the benefit of corporate interests. A surprising number of these groups are reportedly under investigation by federal officials or have been charged with wrongdoing.

American Legislative Exchange Council: ALEC is an $8 million corporate "bill mill" that brings together politicians and corporate lobbyists behind closed doors to vote on "model" legislation for states. A storm of controversy over ALEC's role in spreading extreme gun laws, and voter suppression laws, resulted in over 90 corporations, such as Google, Wal-Mart, General Motors and General Electric, abandoning ALEC.

According to ALEC's internal documents, at least 31 Pennsylvania legislators are still ALEC dues-paying members and many more appear to use the ALEC library of bills when shopping around for corporate education policy. Bills to institute school vouchers, take away local control for authorizing charter schools, expand tax credits to fund charter schools, or enact so-called "parent trigger legislation" can be traced back to ALEC and member groups like the American Federation of Children and the Cato Institute. Other ALEC bills include efforts to privatize pensions and attack unions and teachers. News reports indicate that ALEC may be under investigation by the IRS for illegal lobbying and violating its charitable, tax-exempt status.

Commonwealth Foundation: The Commonwealth Foundation for Public Policy Alternatives is a $1.5 million dollar right-wing think tank and advocacy group based in Harrisburg. For more than 25 years it has produced a steady stream of seemingly academic and "independent" reports and campaigns promoting school privatization and anti-union initiatives in line with the ALEC agenda. Commonwealth has not only been a member of ALEC, but also its sister organization the State Policy Network, an $84 million web of conservative think tanks across the country engaged in a concerted "attack against public sector rights and services in the key areas of education, healthcare, income tax, workers' compensation and the environment." According to the National Review, Commonwealth Foundation, like ALEC, is also under IRS investigation.

Vahan Gureghian: Gureghian is the founder and CEO of a Pennsylvania charter school management company, and is a key power player promoting tax-funded charters. From 2006 to 2014, Vahan Gureghian, the operator of the Chester Community Charter School, has donated more than $1 million to conservative, pro-school voucher candidates running for state office in Pennsylvania, $250,000 this year. In the 2010 gubernatorial race, his $335,714 to Tom Corbett's campaign made him the governor's single largest donor. Gureghian was appointed to serve on Corbett's education committee and to co-chair his transition team. In 2011, an official state inquiry into possible cheating at Gureghian's school and others was underway, scores dropped dramatically -- by 30 percentage points -- at Chester Community Charter, but in the end the inquiry was closed by the Department of Education with no further action.

Cyber School Firms: Cyber schools in Pennsylvania are not only failing to educate kids well, they have been mired in scandal. K12 Inc. executives doubled their compensation between 2012-2013 from $10 million to $20 million, and the company drew at least 14 percent of its revenue comes from the Agora Cyber School in Wayne, Pennsylvania -- yet Agora is failing to educate children, consistently failing federal and state measures of adequate yearly progress. Agora is still in operation due to its well-connected friends. Between 2007 and 2014, K12 Inc. spent close to $1 million lobbying the Pennsylvania legislature.

Worse, in 2012 and 2013 Agora's founder was charged by the federal government with embezzling some $7 million from Agora and two other schools. Agora is not an isolated example; Nicholas Trombetta, founder and CEO of the biggest cyber school in the state -- Pennsylvania Cyber Charter School (not affiliated with K12 Inc.) -- was indicted in 2013 on eleven counts of fraud, bribery and tax conspiracy for swindling $8 million from kids.

American Federation for Children: The American Federation for Children (AFC) and its Pennsylvania affiliates, Students First PA and Students First PAC, are key players in the effort to elect Pennsylvania legislators sympathetic to the school privatization agenda. Chaired by Betsy DeVos, the billionaire wife of Amway heir Dick DeVos, AFC was created after another one of her pro-voucher organizations was fined $5.2 million for violating Ohio's campaign finance laws in 2006; they still haven't paid the fine. AFC's Pennsylvania affiliate, Students First PA, has spent $1.3 million on lobbying in Pennsylvania on "restructuring education institutions" between 2011 and 2014. Since 2010, the Students First PAC has spent $7.5 million electing school privatization candidates for Pennsylvania state office. Some of those funds were laundered through an array of other groups that spent in state legislative races in an apparent effort to disguise the origins of the funds.

Susquehanna International Group: Three options traders are also fueling school privatization in the state as major contributors to Students First PAC and individual state politicians. Susquehanna International Group is an investment firm that bills itself as "one of the largest privately held financial institutions in the world." Specializing in derivatives and energy trading, the company has offices around the globe, over 1,500 employees, and boasts annual revenue of $1 billion and some $100 billion worth of assets under management. Joel Greenberg, Jeffrey Yass, and Arthur Dantchik are founding partners and have poured a record $6.5 million into Students First PAC ($750,000 this year), which masks their involvement by donating to other campaign finance vehicles. Common Cause/PA is concerned. "We have major concerns about large campaign donors and PACs laundering their contributions -- sometimes six figure contributions since there are no limits in PA -- through a series of contribution transactions designed to conceal the original benefactor."

To find references for the above article and to read the full report, please see CMD's new report Power Players Behind the Corporate Takeover of Pennsylvania Schools and follow the conversation at #ALECexposed.