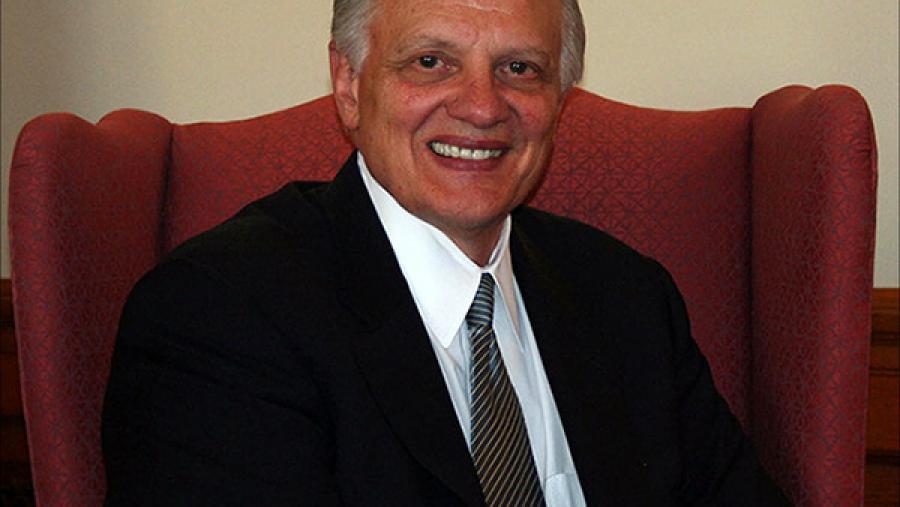 If the decision is upheld, some candidates elected this November will know exactly who bankrolled their campaign -- but the public will be left in the dark.

The ruling comes in a lawsuit filed earlier this month by Citizens for Responsible Government, a group tied to Wisconsin Club for Growth, against the Government Accountability Board and Milwaukee's District Attorney, John Chisholm. Judge Randa issued his order before the GAB and Chisholm had even spoken with the attorney assigned to represent them.

The controversial Judge Randa, a George Bush appointee who has regularly attended judicial junkets funded by the Koch and Bradley foundations, gained notoriety in August for halting the bipartisan "John Doe" investigation into Walker and outside groups like Wisconsin Club for Growth, making the far-out claim that the First Amendment protects coordination between candidates and dark money groups whose ads stop short of explicitly telling viewers how to vote. Judge Randa dismissed Wisconsin court of appeals precedent and GAB advisory decisions that have long treated coordinated issue ad expenditures as campaign contributions, subject to disclosure requirements and contribution limits.

"Until the district court's opinion in this case, neither a state nor a federal court had held that Wisconsin's (or any other state's) regulation of coordinated fundraising and issue advocacy violates the First Amendment," Easterbrook wrote, throwing out the lawsuit filed by Wisconsin Club for Growth and its director Eric O'Keefe.

Randa Cites Himself to Claim that Coordination Rules Are Unconstitutional

Then, earlier this month, Citizens for Responsible Government -- whose board of directors includes Eric O'Keefe and which has received funding from Wisconsin Club for Growth -- brought a different federal lawsuit, arguing that they had a constitutional right to coordinate with candidates on sham issue ads. If successful, the suit would have the effect of halting the John Doe investigation, as well as sanctioning coordination between candidates and dark money groups. Judge Randa agreed to expedite the lawsuit so it could be resolved in advance of the November elections.

Yet before the private attorney assigned to represent them, Daniel Kelly, could speak with all of his clients, and on the same day Kelly filed his notice of appearance with the court, Randa issued his ruling blocking enforcement of Wisconsin law. Kelly is a Republican donor who gave $250 to Walker in 2012.

In today's order, Randa declared that Citizens for Responsible Government was likely to succeed in the case, citing his own decision in O'Keefe v. Chisholm -- the same ruling reversed by the 7th Circuit last month. He ordered the GAB and Chisholm not to enforce the coordination rules, writing:

"This Court ... concluded that a candidate's coordination with and approval of issue advocacy speech, along with the fact that the speech may benefit his or her campaign because the position taken on the issues coincides with his or her own, does not rise to the level of 'favors for cash,' or a 'direct exchange of an official act for money.' "

This is despite the 7th Circuit last month chastising Randa's decision in O'Keefe v. Chisholm, with Judge Easterbrook noting:

Unless Judge Randa's ruling is blocked by the 7th Circuit, candidates in Wisconsin political candidates may now be able to coordinate both their fundraising and spending with dark money electoral groups.

The Walker campaign can now freely coordinate with Wisconsin Club for Growth and Wisconsin Manufacturers and Commerce (as prosecutors alleged they did in the 2012 elections), and Mary Burke's campaign can work with the Greater Wisconsin Committee or the Planned Parenthood Action Fund.

This renders the candidate contribution and disclosure limits optional. Politicians from either party can now solicit unlimited, secret donations for a nonprofit group, and tell the group how to spend it.

The donation to the dark money group would be effectively the same as a donation to the candidate, undermining Wisconsin's candidate contribution limits, and raising the same concerns about corruption and undue influence as a secret million-dollar check directly to a politician.

This could open the door to new levels of political corruption and secret money in Wisconsin elections -- if it isn't struck down.

"The last time one of Judge Randa's extremely deregulatory campaign finance opinions got to the Seventh Circuit, the appellate court smacked down Judge Randa's reading of the First Amendment rules for campaigns and coordination," noted Rick Hasen, a law professor at the University of California-Irvine. Plus, he said "Judge Randa is changing the rules very close to an election, with the risk of confusion about what's legal and the risk of undermining the interests in preventing corruption that undergird anti-coordination requirements."

"I expect this ruling will not stand," Hasen wrote on his election law blog.