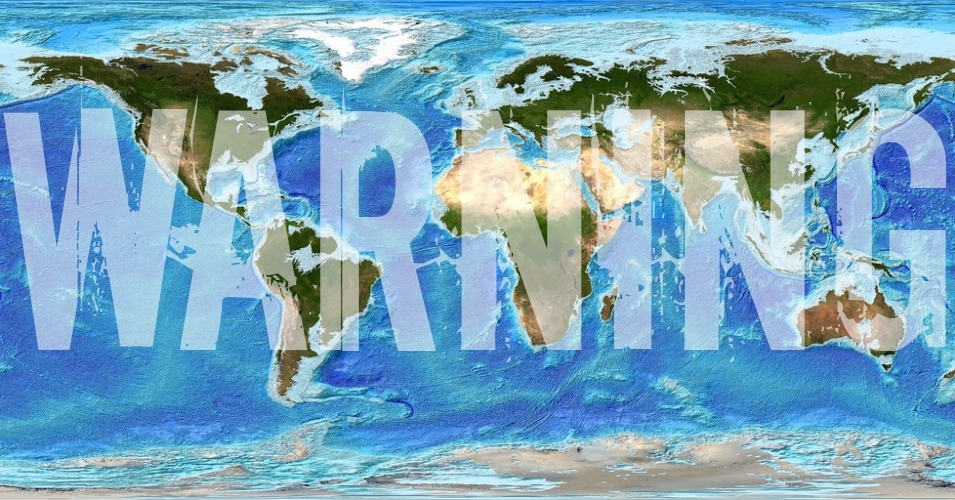 That's the assessment of the United Nations' Intergovernmental Panel on Climate Change (IPCC), which has sent world governments a draft of its final "Synthesis Report" which seeks to tie together previous reports the panel has released over the last year and offers a stark assessment of the perilous future the planet and humanity face due to global warming and climate change.

Based on a clear and overwhelming consensus among the world's leading scientists, the draft says that failure to adequately acknowledge and act on previous warnings has put the planet on a path where “severe, pervasive and irreversible impacts” of human-caused climate change will surely be felt in the decades to come.

In a clear statement regarding the dangers of continued inaction, the draft report declares: “The risk of abrupt and irreversible change increases as the magnitude of the warming increases.”

Obtained by several media outlets—including the Associated Press, the New York Times, and Bloomberg—the draft includes not new information per se, but employs stronger language and contains a more urgent warning than the previous reports from the IPCC which it attempts to synthesize and summarize.

Asked for his reaction to the draft, Pennsylvania State University climate scientist Michael Mann wrote this to the AP in an email: "The report tells us once again what we know with a greater degree of certainty: that climate change is real, it is caused by us, and it is already causing substantial damage to us and our environment. If there is one take home point of this report it is this: We have to act now."

As IPCC Chairman Rajendra Pachauri explained in a statement, the last report—which still faces a final review, editing, and approval process—is designed to integrate "the findings of the three working group contributions to the IPCC’s Fifth Assessment Report and two special reports" and "provide policymakers with a scientific foundation to tackle the challenge of climate change." Taken together, the IPCC reports and their recommendations are designed to help governments and other stakeholders work together at various levels, including a new international agreement to limit climate change, he said.

According to the Associated Press, which reviewed the 127-page document, the IPCC draft

paints a harsh warning of what’s causing global warming and what it will do to humans and the environment. It also describes what can be done about it.

“Continued emission of greenhouse gases will cause further warming and long-lasting changes in all components of the climate system, increasing the likelihood of severe, pervasive and irreversible impacts for people and ecosystems,” the report says. The final report will be issued after governments and scientists go over the draft line by line in an October conference in Copenhagen.

Depending on circumstances and values, “currently observed impacts might already be considered dangerous,” the report says. It mentions extreme weather and rising sea levels, such as heat waves, flooding and droughts. It even raises, as an earlier report did, the idea that climate change will worsen violent conflicts and refugee problems and could hinder efforts to grow more food. And ocean acidification, which comes from the added carbon absorbed by oceans, will harm marine life, it says.

Without changes in greenhouse gas emissions, “climate change risks are likely to be high or very high by the end of the 21st century,” the report says.

And the New York Times noted:

Using blunter, more forceful language than the reports that underpin it, the new draft highlights the urgency of the risks that are likely to be intensified by continued emissions of heat-trapping gases, primarily carbon dioxide released by the burning of fossil fuels like coal, oil and natural gas.

The report found that companies and governments had identified reserves of these fuels at least four times larger than could safely be burned if global warming is to be kept to a tolerable level.

That means if society wants to limit the risks to future generations, it must find the discipline to leave a vast majority of these valuable fuels in the ground, the report said.

It cited rising political efforts around the world on climate change, including efforts to limit emissions as well as to adapt to changes that have become inevitable. But the report found that these efforts were being overwhelmed by construction of facilities like new coal-burning power plants that will lock in high emissions for decades.

The IPCC draft will not be finalized until after governments have a chance to weigh in on the report and following a meeting in Copenhagen slated for late October.

In September, the United Nations is hosting its next international climate summit in New York City and climate campaigners are hoping to capitalize on the meeting by planning what they are calling the "People's Climate March" during the same week as a way to apply pressure on world governments to finally act on the issue.

If nothing else, the leaked IPCC draft report will serve to galvanize and add weight to the climate justice movement, which has consistently demanded that world leaders respond to the crisis with action—not words.

As David Turnbull, director of campaigns for the group Oil Change International, which is signed-on to support the New York march, said recently: “Politicians have come together too many times with nothing more than rhetoric and empty promises in tow. Next month, thousands of true leaders will be marching on the streets of New York demanding real action. The question is, will our elected leaders follow.”