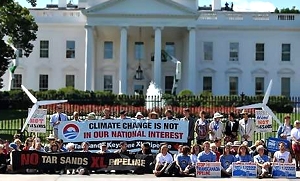 President Barack Obama’s administration has done something no other has done: introduced federal rules limiting carbon emissions from the nation’s existing power plants.

This is not a minor issue. It is, to paraphrase Vice President Biden’s assessment of Obamacare, a BFD.

Power plants generate about 39 percent of of all carbon dioxide emissions in the U.S. The EPA’s proposal to cut those emissions by 30 percent by 2030 is a serious dent in what has heretofore been a completely unregulated source of greenhouse gases. Much as mercury, lead, sulphur and other toxins have been greatly trimmed from coal-fired smokestacks, the dominant driver of climate change can be drastically reduced.

While conservative critics gripe that the regulations will hurt business and kill jobs, Obama replies that U.S. industry has shown the ability to adapt to previous regulations on airborne toxins. And as conservative critics complain that these restrictions won’t help global emissions because China and India will continue to to burn dirty fuels to power their growing economies, Obama explains that without the U.S. taking action to lead on the issue, it’s a non-starter.

The plan actually provides a conservative blueprint, heavy on state authority and flexibility to find local solutions to a national, and global, problem.

Environmental groups have, of course, welcomed the plan and praised the president for finally taking action. The move is supported by a majority of Americans, even as a majority supports building the carbon bomb that is the Keystone XL pipeline.

But much as the corporate crowd likes to tout an all-of-the-above energy policy that embraces petroleum, coal, natural gas, nuclear, and to a far lesser extent, renewables, climate change activists need to engage in an all-of-the-above effort to minimize greenhouse gas emissions.

It’s a natural response to the false dichotomies that have been flung repeatedly at KXL opponents: How can you be against the pipeline when power plants/airplanes/cars/cow flatulence are worse? Even seemingly smart people like Jonathan Chait at New York magazine have routinely criticized the anti-Keystone crowd for focusing on an issue they think is a minor problem in the global sense.

But as Natural Resources Defense Council energy policy analyst Anthony Swift told Bloomberg News, there is no need to choose between opposing KXL and supporting tighter power plant regulations; you can do both.

“It [Keystone XL] really represents not just what energy choices we’re making today but what energy choices we want to lock ourselves into through 2065 and beyond. So this idea that there’s a tension between them and you can’t both clean up our power sector while preventing increasingly carbon-intensive fuels is a false choice.”

Politically, this is not a risk-free move by the president. There are still many areas where coal companies dominate the political landscape and can punish Democratic candidates. But the environmental sector is newly invigorated by Keystone XL action, combining efforts to engage in the inside-the-Beltway game of engaging with policymakers, in addition to a grassroots direct-action strategy, taking on behemoths like Peabody Energy.

And there are many arguments against KXL that apply broadly to climate change.

As Nobel-winning economist Paul Krugman points out, cutting carbon in energy production is cheap. Last week, he dissected a report by the U.S. Chamber of Commerce predicting doom and gloom, pronouncing in ominous tones costs of up to $50 billion. But as Krugman explains, over the life of the program between now and 2030, that amounts to 0.2 percent of the economy.

Krugman also adds the fact that the U.S. military is treating climate change as a national security threat, and adding a few billion dollars to the bloated Pentagon budget would hardly raise an eyebrow.

In fact, implementing tighter carbon standards is likely to save money in the long term. According to neurologist Alan H. Lockwood, in his book The Silent Epidemic: Coal and the Hidden Threat to Health, demonstrates how the Clean Air Act has saved lives and health care costs. Using data from the EPA, monetizing such things as premature deaths (184,000 cases) and lost days of work due to illness (22.6 million), Lockwood shows benefits as high as $22 trillion.\ 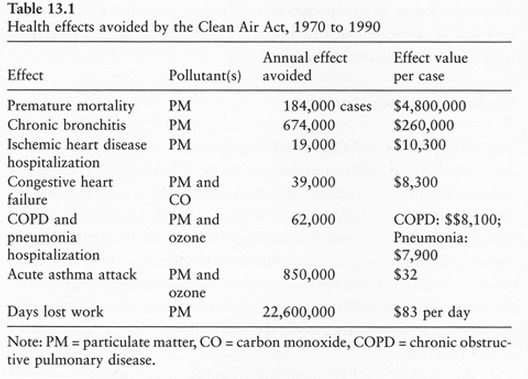 Combining Krugman’s assessment with Lockwood’s, it’s not difficult to see how stricter carbon rules could result in a net gain for the economy. The same logic attaches to doomsayers on jobs– those who claim that the new rules will kill thousands of jobs. Media Matters checked the competing claims and found that in the aggregate, the jobs lost as a result of the rules will be offset by jobs created to implement them.

As in the Keystone XL fight, overblown dire predictions of job losses ignore the jobs created by enacting alternatives. The greening of the economy, building and maintaining clean-energy infrastructure, could mean millions of jobs on a global scale. That, says the United Nations, could bring millions out of poverty.

This would be an extremely powerful benefit, as the people most likely to be victimized by energy-industry pollution are low-income communities of color. A recent report by the UCLA Institute of the Environment and Sustainability shows that the rate of asthma runs on a parallel track to the poverty rate.

But as B as this FD is, it is still not enough.

It starts from a baseline of 2005, instead of the international standard starting point of 1990. That 15-year difference means the current 30-percent reduction is actually a mere 7.7 percent, according to Mark Hertsgaard at Harper’s. It also ignores the increased emissions from natural gas fracking, which include methane, a more potent greenhouse gas.

Even Obama administration insiders have their doubts. Before White House counsel John Podesta became Obama's point man on the new emissions rules, he told Hertsgaard that history would judge the new carbon standards as “sadly insufficient” to address the global crisis.

Activists can use this as motivation to push for more stringent regulations in their states. The rules set the floor on carbon reduction, not the ceiling; states have flexibility that includes enacting stricter standards. (This, however, could be a double-edged sword, as the EPA indicates that regulations might be rolled back for states that show they can’t meet the proposed standards.)

Like the Keystone XL struggle, the fight for better carbon emission rules will be a long, hard, often uphill slog. But if we are to slow the rate of global warming and– fingers crossed– actually arrest the process that jeopardizes civilization as we know it, we will have to fight on every front, at every step, in every venue.

The clean air act and "annual effect avoided". This is just like "Jobs saved". Completely, and 100% unverifiable! Make up anything you want because nobody can fact check you. In 1914 influenza killed millions, and for decades to come you were more likely to die of an infection than live into old age. The armed forces are going green to appease the politicians and if we were really threatened they would not care less about it. If you had more to worry about than your latte, you neither would you.
Since the 1992 Rio Earth Summit, over $100 billion has been spent studying CAGW, and the null hypothesis, that climate change is due to natural causes, hasn't been disproven. There is no research showing that CO2 causes warming. All research showing temperature increases show that CO2 increased after temperature: an increase in temperature caused an increase in CO2. The argument for CAGW is based entirely on propaganda, invalid science, altered and fabricated data, and media and CAGW-website censorship of science.