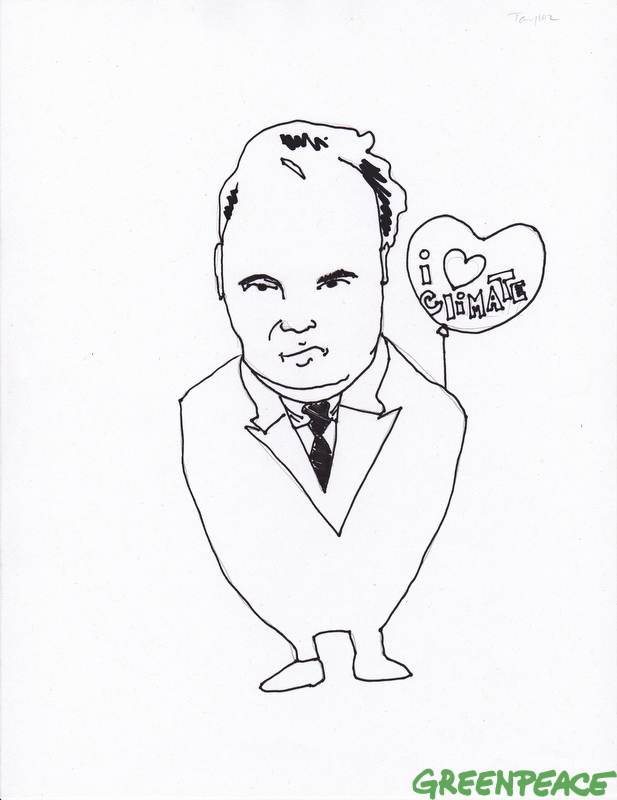 SHOWTIME’s Years of Living Dangerously series recently aired a segment featuring James Taylor, a lawyer who has been paid to confuse the public over the reality of climate change, its causes, and its impact on humanity. The Heartland Institute, where James Taylor works, is know for alienating its corporate supporters by comparing people like you and me–assuming you recognize the reality of climate change–to the Unabomber, Charles Manson, and Osama bin Laden.

The joke was on James Taylor, last night. Taylor made an easily disprovable boast to America Ferrera, claiming, “I’m a scientist by training as well,” apparently in addition to his law degree. See a teaser of that interaction in the video below.

When pushed for an explanation–since Taylor holds no degree in science–he misrepresents himself:

Who’d would’ve thought? Apparently if we all want to be scientists, we just need to take a course or two in science!

That means there must be thousands, perhaps millions of people in this country who qualify as scientists in James Taylor’s world. Unless, of course, you have to take your science classes at the Ivy Leagues–I’ll follow up with Taylor about that and let you know what he thinks.

After trying to spin his lack of expertise as full credentials, Taylor invokes the long-debunked “Oregon Petition” as supposed proof against climate change, despite the petition’s inception as a tactic of the fossil fuel industry, its lack of climate experts as signatories, and its inclusion of fictitious characters like the Spice Girls.

As Lisa Graves at the Center for Media and Democracy explains in the Years of Living Dangerously segment,

“The scientific evidence is really against them, but they say things so boldly and stridently that it makes some people believe that they must be telling the truth.”

She’s right. It has to take a lot effort, creativity and sheer willpower to make a career pretending the obvious does not exist.

Imagine if The Heartland Institute’s staff spent their time and money working on real solutions to these problems. Imagine if people like Koch and Murray felt the inevitable need for a shift, and put their skills as businesspeople into solutions-based entrepreneurship.

Unfortunately, these fossil fuel executives would rather fight against inevitable future trends, just like the Tobacco industry fought tooth and nail against scientific evidence of the dangers of smoking. In fact, The Heartland Institute continues to wage Big Tobacco’s campaign. Check out this recent video of Heartland’s president, Joe Bast, caught in an embarrassing contradiction of his own claims denying the health impacts of smoking:

The Heartland Institute, the American Legislative Exchange Council, Americans for Prosperity and other fossil fuel industry front groups have united to kill incentives for wind energy in Kansas. Affiliated under the banner of the State Policy Network, these groups have also coordinated against clean energy in states like North Carolina and Ohio, where dirty energy giants may score a victory against renewable industry jobs.

So far, most of the State Policy Network attacks on clean energy have failed. As Years of Living Dangerously examines in Kansas, leasing land for wind farms has benefited farmers like Pete Ferrell, who faced impossible economic conditions from recent extreme droughts, made worse by climate change, leasing land to the wind industry has provided crucial income.

Because of farmers like Pete, and blue-collar wind workers and other citizens who are pleased with getting energy from sources that doesn’t poison their air, water or climate, Kansas politicians have now defeated attacks on renewable energy incentives three times in the last two years. More are likely to come, as companies like Duke Energy and Peabody coal don’t want clean energy competitors, while executives at Koch Industries and Murray Energy Corporation still combat the science of climate change with the finance of misinformation.

That means we will continue to see people like James Taylor, popping up on our TV sets and our state legislatures, lying about whatever he’s paid to lie about. Keep your eyes peeled.