Climate Change Is a Loser 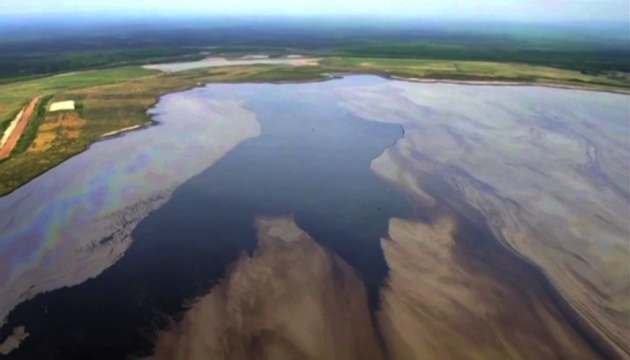 The indefinite delay in the Keystone XL approval process is a blessing for the forces of good, if the sputtering rage of the forces of darkness serves as any indication. While litigation is necessary to determine whether TransCanada has any legal pathway through the state of Nebraska, anti-KXL activists have more time to convince their compatriots, Congress, and the Obama administration that Keystone XL is a disaster in the making.

But if they want to impact the conversation, they need to give up on their pet issue, because if climate change is their focal point, they will lose.

This is not to say that climate change is not an important issue; it is. Without exaggeration, it is likely the most important issue facing humankind today. But "important" and "persuasive" are not the same thing, and so far, not enough Americans have been persuaded by the climate change argument against KXL.

Polls show a majority of Americans support building Keystone, even as a majority believe climate change is a significant issue (though climate denial is also on the rise). How to reconcile the cognitive dissonance between those two facts?

Jennifer Agiesta and Seth Borenstein of the Associated Press write that acceptance or rejection of controversial questions like climate change, the Big Bang theory, and evolution resides in the intersection of science, religion, and politics, but personal experience and proximity can trump. As one woman in the article explains, watching her relatives die of cancer convinced her of the dangers of smoking, but the Big Bang is too "far" to be convinced.

Similarly, climate change is ominous, but impossible to pin down. While we're told that climate change will make extreme weather more common, we're also told that no single extreme weather event, like Superstorm Sandy, can be definitively blamed on climate change. Feckless media fail to report on it accurately, so frightened of being smeared with "bias" that they treat scientific fact as a matter of opinion. Thus, climate change is a vague, ethereal hazard that exists somewhere "out there," and that abstraction provides rationalizing wiggle room for those who choose not to acknowledge the truth.

Plainly put, some people just cannot -- WILL not -- be convinced that climate change is a problem.

This is true despite the government's recent Climate Assessment's clear, categorical assertion that climate change is here now, and as Chris Mooney of Moyers & Company details, already doing damage, in specific, measurable ways. It's true despite the fact that the entire agricultural industry is in jeopardy.

As The New York Times reported:

Such sweeping changes have been caused by an average warming of less than 2 degrees Fahrenheit over most land areas of the country in the past century, the scientists found. If greenhouse gases like carbon dioxide and methane continue to escalate at a rapid pace, they said, the warming could conceivably exceed 10 degrees by the end of this century.

It's true despite public pronouncements by America's two best known scientists -- Neil deGrasse Tyson and Bill Nye the Science Guy -- on the certainty of the climate change phenomenon.

It's true even though the Pentagon, the insurance industry, and the International Monetary Fund -- none of which can be accused of harboring anti-business zealots -- all are making plans for coping with the certain consequences of climate change.

But at the same time that climate catastrophe hovers somewhere just over the horizon, unemployment and underemployment are present, obvious, inescapable. It is in your family, your neighborhood, and quite probably, your home.

Given a choice between an amorphous specter and a tangible threat, rational people will seek to vanquish the latter.

The other side clearly sees this is a winning argument for them. Notice how much of the criticism of the delay is couched in terms of "jobs vs. the environment." Look at how climate change is treated as the sole criterion for opposing KXL. And notice how easily the media buy into that frame.

Notice also, how climate change is losing in the battle for public opinion.

Contrast "Keystone PipeLIES Exposed," in which very little mention was made of the long-term effects of climate change. That was deliberate; the issue is polarizing, and people who don't "believe" in climate science might yet be persuaded by issues presently in play, with immediate, verifiable, apolitical, and undeniable evidence.

Those issues tackled in the documentary are the issues the anti-KXL movement should focus on now. They cannot be derided as "liberal lies" or dismissed as "bad science"; they are facts on the ground that can't be denied. They address immediate, real-world concerns that require no understanding of climate science or adherence to liberal orthodoxy. By posing questions of fundamental fairness, modern-day carpetbaggers and robber barons, and kitchen-table economics, Keystone opponents can make a heretofore abstract discussion concrete.

These are the arguments that can move people still willing to be persuaded:

Which is not to say that climate change should not be part of the discussion. It is inescapably important, and it can't be ignored. But right here, right now, it is not persuasive and cannot drive the issue.

Instead of making it the focus, make it a complement to any combination of the kitchen-table arguments above. Treat it as a given, address the know-nothings as they deserve to be addressed, and if pushed, drop a mess of science on them so their denials reflect the posturing ignorance that defines them.

Ultimately, the crux of the argument is putting issues in front of the American people that demonstrate, incontrovertibly, that Keystone XL is a bad deal and a losing proposition for everyone other than oil companies and foreign interests. We must show the ones who care about facts and can still be swayed that KXL will hurt them, right here, right now.

If we can't do that, KXL becomes a decision left in the hands of politicians and the oil companies that own them.