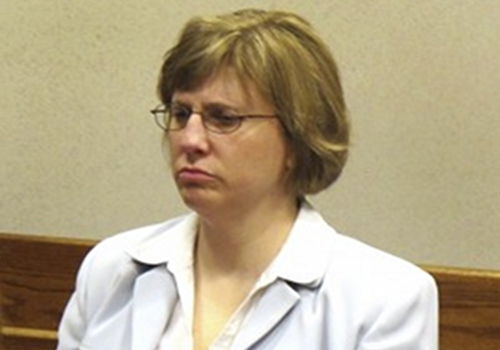 The Wall Street Journal opinion page has a new installment in its campaign against Wisconsin's "John Doe" campaign finance probe, this time in an effort to resuscitate the image of Kelly Rindfleisch, a top aide to Scott Walker implicated in two John Doe investigations. The error-ridden piece portrays Rindfleisch as an innocent victim "who became collateral damage in the prosecutorial pursuit of Scott Walker," but the facts suggest otherwise.

In John Doe I, the 2010-2013 investigation into corruption in Walker's County Executive office that netted six convictions for Walker's aides and associates, Rindfleisch pled guilty to a felony for doing campaign work on the taxpayer dime. Her name has surfaced again in connection to John Doe II, the ongoing probe into illegal coordination during the 2011-2012 recall campaigns between between the Walker campaign (where Rindfleisch worked as an aide) and "independent" groups like Wisconsin Club for Growth.

Wisconsin's John Doe criminal probe operates like a grand jury, under strict secrecy orders, yet targets of the investigation -- like Wisconsin Club for Growth director Eric O'Keefe -- have in recent months made a series of strategic leaks to the Journal's editorial board, putting Wisconsinites in the odd position of hearing breaking news about their state on the opinion pages of the conservative news outlet. Saturday's article was the fourth John Doe piece to appear on the Wall Street Journal opinion pages since late November.

The Wall Street Journal has used its platform to portray the investigation as a "a political weapon intended to serve partisan ends" led by over-zealous and partisan Milwaukee prosecutors, with the latest installment describing Rindfleisch as an innocent victim "caught in the political grinder."

Rindfleisch Is Repeat Player When it Comes to Political Corruption

Portraying Rindfleisch as a sympathetic character is no easy task.

Setting aside the unsavory emails released earlier this month -- which show Rindfleisch describing racist jokes as "hilarious," and dismissing evidence of abuse at mental health facilities by claiming "no one cares about crazy people" -- it is tough to argue that Rindfleisch was an innocent victim in the John Doe 1 investigation.

This is because Rindfleisch was in a unique position to know that doing using public resources for campaign work is a criminal violation in Wisconsin.

She was involved in the 2001 "caucus scandal," which like John Doe 1 involved campaign activity on the public dime, and resulted in felony convictions for five lawmakers and four legislative aides, both Democrat and Republican. In that earlier scandal, Rindfleisch admitted to organizing campaign fundraisers while being paid by taxpayers as a legislative staffer and an employee of the Assembly Senate Republican Caucuses. Yet lucky for her, she escaped prosecution in exchange for her testimony.

The caucus scandal has been described as "the most serious political scandal to rock Wisconsin in nearly a century," and sent a clear signal that legislative staff were strictly prohibited from campaigning in public buildings in any way, shape, or form. Both Democrats and Republicans were charged with dozens of felonies.

But Rindfleisch didn't learn her lesson, and failed to steer clear of nearly identical activities in Walker's office just a few years later.

"To not heed those lessons is either arrogance or stupidity or both," Jay Heck of Common Cause Wisconsin said of Rindfleisch in 2012.

Prosecutors estimated that Rindfleisch sent and received over a thousand campaign fundraising emails in Walker's County Executive office during the workday. She spent many more hours and sent thousands more emails writing press releases, discussing campaign strategy, and coordinating with campaign staff, all while being paid by taxpayers and using taxpayer resources.

30 Seconds on Campaign Work, or Half of the Day?

Yet, the Wall Street Journal opinion piece glosses over Rindfleisch's past conduct, and even tries to downplay the amount of time she spent on campaign work, writing:

Though she had not used county resources -- she used her personal computer, personal phone and email accounts to do the fundraising -- she didn't always leave the building. 'For me, it didn't make sense to take five minutes to get outside to respond to an email for 30 seconds and then spend another five minutes to get back inside,' she says. 'The only thing I was using was time.'

This description stands in stark contrast to Rindfleisch's own description of events. In a January 25, 2010 internet chat with a friend, later made public by prosecutors, Rindfleisch boasted that while being paid by taxpayers in her county job, "half of what I'm doing is policy for the campaign."

The Journal also gets other facts wrong.

It described Rindfleisch as a "midlevel staffer" in Walker's County Executive office, rather than Walker's Deputy Chief of Staff.

It claims she was granted immunity in the John Doe I probe, which never happened.

It quotes Rindfleisch claiming that prosecutors "were targeting Tim Russell, Jim Villa and John Hiller who were the three closest to the governor." Yet Villa's attorney tells the Milwaukee Journal Sentinel that his client was never a target of the probe. (Rindfleisch's allegation may relate to possible bid-rigging on a $3 million real estate deal first reported on by the Milwaukee Journal Sentinel.) Hiller, Walker's former campaign treasurer who resigned abruptly in the midst of the John Doe investigation, has not commented. Russell was indeed targeted, and eventually convicted, of embezzling $21,000 from a fund intended for veterans and their families.

A leak about that secret probe (which she won't discuss) recently cost her only means of income... When the news of the second John Doe probe broke, the man she had been working for doing online marketing stopped returning her calls.

There is more to this story.

"The man she had been working for doing online marketing" was reportedly Michael Eisenga, a top GOP donor and president of American Lending Solutions, the largest alleged violator of the state's no-call list. Eisenga made headlines in January after revelations that he worked with Rep. Joel Kleefisch to write a bill that would specifically help him reduce his child support payments -- an incident widely regarded as a pay-to-play, since Eisenga had donated substantially to the campaigns of Kleefisch and his wife, Lt. Gov. Rebecca Kleefisch. Eisenga also attracted attention in 2012 for enrolling his children in the state Medicare program, BadgerCare, despite having a net worth of $20 million.