New Angles to Stop KXL: EPA Could Put the Brakes on KXL 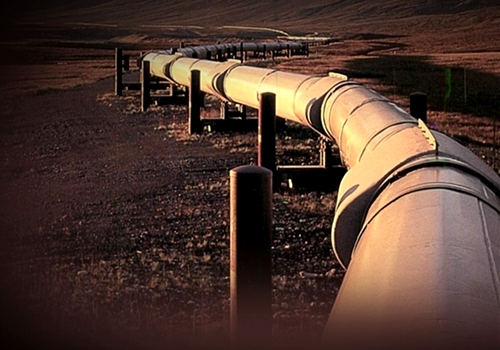 Things might be looking up for opponents of Keystone XL discouraged by the State Department's highly suspect Final Environmental Impact Statement that seemed to augur approval, and the Inspector General's report that found no conflict of interest, despite the FEIS author's failure to disclose previous and ongoing business relations with TransCanada.

On Monday, the U.S. Supreme Court refused to hear an appeal by a mining company of the Environmental Protection Agency's revocation of a permit issued by the Army Corps of Engineers. The appellate court ruled that the EPA has authority under the Clean Water Act to retroactively pull a permit issued by another agency, as well as block a permit before it's issued. By refusing to hear the mining company's appeal, the Supreme Court has made the appellate court's ruling controlling law unless and until the Supreme Court revisits the issue.

Given the EPA's extreme displeasure with State's EIS, starting with the Department's draft issued in April 2013, this de facto restatement of the EPA's power to protect the nation's waterways and natural resources is an invitation for the agency to put a stop to KXL. Since the pipeline's proposed route goes through the Ogallala Aquifer, which supplies 30 percent of the nation's freshwater, as well as major river basins like the Missouri and Yellowstone Rivers, the EPA has a very strong motivation to step in and put a stop to this horrible boondoggle. 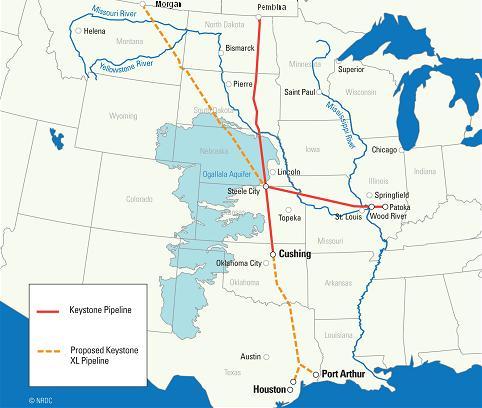 Recall that last month, a Nebraska judge ruled that the state's governor exceeded his authority in approving the pipeline's proposed route through his state. The court voided the law allowing the governor to side-step state regulators and usurp landowners' rights on behalf of a foreign corporation through eminent domain, on the grounds that it violated the state constitution.

As Jane Kleeb at Bold Nebraska points out, as of this moment, that means Keystone XL has no legal route through the state.

Senators Put Transcanada's Promises To The Test, Move To Hold It Accountable For Spills

As shown in "Keystone PipeLIES Exposed," promises that KXL would lead to energy independence for the United States are proven false by the explicit confirmation of both the provincial government of Alberta and the Canadian federal government that their goal is to get Canadian oil to the international market.

Sen. Ed Markey (D-Mass.) has been a vocal skeptic regarding promises of energy security. Here he is in a 2011 hearing of an Energy and Commerce subcommittee meeting, trying to get TransCanada's executive in charge of KXL to agree, on the record, to making sure the tar sands oil stays in the U.S. as a condition of approving the project.

You'll note how Mr. Pourbaix cagily avoids making any sort of commitment, though the promise of energy security for the U.S. is a drum that TransCanada and its supporters have been beating loudly all along.

Well, Sen. Markey apparently is not one to take promises as guarantees. He has introduced legislation that would require all oil from the tar sands shipped to refineries on the U.S. Gulf Coast be kept in the U.S.

"We can't allow our climate to be harmed by this dirty oil, and then be expected to add the insult of exporting that oil abroad to benefit other economies. We need to reduce our dependence on foreign oil and increase our national security, not export domestic resources under the false pretenses of energy security," Markey said in a statement announcing the bill's introduction.

Markey also introduced a bill that would lift the exemption from the oil spill trust fund that tar sands oil currently enjoys. If enacted, the bill would remove one of the more offensive aspects of tar sands development -- despite the fact that tar sands oil has leaked far more often than projected, is more toxic, and harder and more expensive to clean up, it was categorized as an "unconventional oil" and thus need not pay into the fund.

Joining Markey in sponsoring the bill is Sen. Carl Levin (D-Mich.), whose constituents in Marshall, Mich., have endured nearly four years of consequences of a tar sands oil spill in the Kalamazoo River.

A pipeline run by Enbridge, another Canadian corporation, dumped approximately 820,000-1 million gallons of diluted bitumen into the river on July 25, 2010. Cleanup is still ongoing, with a cost of more than $1 billion, making in the most expensive oil spill, on a per-barrel basis, in American history.