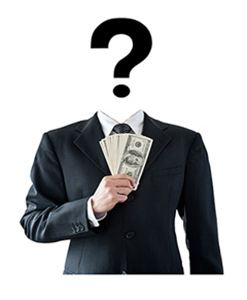 The report shows that, contrary to misinformation spread by some politicians and pundits, America's highest paid "government" workers are not your local teachers, nurses, or sanitation workers. Rather, they are corporate executives who sign lucrative contracts to take over public services and then pay themselves and other executives eye-popping salaries.

This report by CMD highlights just six of these "government" workers who, between them, raked in more than $100 million from taxpayers in personal compensation during the past few years alone.

"Given these astronomical salaries, and evidence of higher prices, poor service, and at times outright malfeasance, taxpayers have every right to be concerned about how their outsourced dollars are spent," said Lisa Graves, Executive Director of CMD.

These top executives include:

These and other "government workers" who head big firms that take over public assets or contract for services make billions off of taxpayers, but are not accountable to taxpayers for their enormous salaries being subsidized at public expense. The report also contains information on shareholder lawsuits, criminal investigations, U.S. Securities and Exchange Commission (SEC) sanctions, court settlements, and more.

An interesting story would be the corporatization of Public Media-- the forming of shell corporations so that Public Radio and Television producers could make more money. I remember jousting online with Ray Suarez in his NPR days. They hated that their salaries were limited to no more than the head of the joint chiefs of staff in DC. But there was no limit on how much you could pay an "independent production company".
This article is totally dishonest. It claims to report the highest paid government workers and then reports the salaries of government contractors who are private businesses. The article claims they are unaccountable when they are doubly accountable. 1. They are accountable to the taxpayers because they are accountable to those we put in office. 2. They are also accountable to their stockholders. Next time show the list of actual government employees.