In the final weeks of Wisconsin's 2012 recall elections, a previously-unknown group called Coalition for American Values Action flooded the state's airwaves with over $400,000 in ads that made a unique appeal: instead of promoting Governor Scott Walker or attacking his opponent, the ads attacked the premise of the recall itself. Over pastoral images of Wisconsinites with fishing poles and tractors, viewers were told that "recall is not the Wisconsin way," and to "stop the recall madness" by voting to reelect Walker. 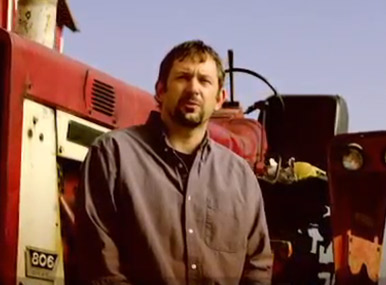 Despite the ads purporting to represent Wisconsin values, funding for the message came from well outside the Dairy State's borders: all of Coalition for American Values Action's known contributions come from an out-of-state group linked to the billionaire Koch brothers.

Coalition for American Values Action reported to Wisconsin election authorities that it spent $400,080 on its "recall isn't the Wisconsin way" ads, but because of an apparent loophole in state campaign finance law, it never disclosed the true source of its funding. Recently released tax filings, though, reveal that the primary source of the group's funding in 2012 was the Center to Protect Patient Rights (CPPR), a conduit for $156 million in political spending raised by the Kochs and their network of funders.

The Center for Media and Democracy has filed a complaint with Wisconsin's Government Accountability Board alleging that Coalition for American Values Action violated Wisconsin's campaign finance laws by failing to disclose this funding.

Coalition for American Values Action's two ads tapped into the exhaustion some Wisconsinites felt after a tumultuous year of protest and upheaval, but placed the blame on the Constitution's recall mechanism rather than Governor Walker and the dramatic changes he had pushed into law. Aired just before Walker's June 5, 2012 recall election, the ads depicted individuals identified as "Wisconsin voters" saying they didn't vote for Walker in 2010, yet would vote for him in 2012 because they opposed the recall.

"I didn't vote for Scott Walker, but I'm definitely against this recall," one man says in a thick Wisconsin accent, as he fishes from a pier. "I didn't vote for Scott Walker but I'm against the recall," says another, leaning against a tractor. "There's a right way, there's a wrong way, and I think this is the wrong way," says a woman identified as a teacher, standing in front of a pickup truck, with a farm in the background. "Recall isn't the Wisconsin way," another "Wisconsin voter" says, ending with the message: "End the recall madness. Vote for Scott Walker June 5th."

$400,080 in the small Wisconsin media market amounted to a lot of air time, and coupled with similar messaging from Governor Walker, proved exceptionally effective. Exit polls on June 5, 2012 showed that sixty percent of voters thought recalls were only appropriate for cases of official misconduct -- a complete reversal from polls conducted in November 2011, just as the recall was launched, when fifty-eight percent of voters supported Walker's recall.

Wisconsinites voting in the June 5, 2012 recall elections never knew who was really behind Coalition for American Values Action, or that the ads, which tutored Wisconsin residents about "the Wisconsin way," were funded by a secretive out-of-state group backed by out-of-state billionaires and millionaires.

According to the Center for Media and Democracy's complaint, it is plain that CPPR's $510,000 contribution was made for the purpose of funding the Coalition for American Values Action's ads in the Wisconsin recall. Wisconsin law requires disclosure under these circumstances.

The source of Coalition for American Values Action's funding, CPPR, has been described by California's elections board as "the key nonprofit in the Koch Brothers' dark money network of nonprofit corporations," and is part of a coalition of Koch-backed groups that raised over $400 million in 2012.

California fined the group $1 million for its role in what it called a "campaign money laundering" scheme to influence a 2012 ballot initiative in that state, where $15 million was passed between four nonprofits to evade the state's disclosure laws. A CPPR spokesperson asserted that the fine (one of the largest in U.S. history) showed that the group did not intentionally violate any laws.

O'Keefe helped found and has funded the Franklin Center for Government and Public Integrity, which (through its Wisconsin Reporter and Watchdog.org websites) has written 17 stories so far aggressively attacking the John Doe criminal investigation. In addition to Franklin Center's close ties to O'Keefe, many of the groups involved in the Wisconsin Club for Growth money chain have close ties to Franklin Center's Director of Operations John Connors (as uncovered by the Center for Media and Democracy), which the news outlet has never disclosed. Experts in journalism ethics say that such a relationship raises serious conflict-of-interest questions that should at a minimum be divulged to readers.

Coalition for American Values Action also has close ties to the Franklin Center. Its PAC on the federal level has reported tens of thousands of dollars of payments to Connors' consulting firm. The address the group lists on its 2012 filings with Wisconsin's Government Accountability Board and the Federal Election Commission, and the address that received CPPR's $510,000 contribution, is 119 S Emerson St #231 in Mt Prospect, Illinois, which is the address for Coalition for American Values Action's lawyer, James Skyles.

Skyles was General Counsel and the Director of Operations for the Franklin Center until March 2011.

Reagan explains walker and Koch best. Communist is what he calls them all. http://www.youtube.com/watch?v=HsHXJr8tqP0
Corruption and bought politicians?
More to the point were the people in the commercials really Wisconsinites and were the spots filmed in Wisconsin?
Now let's talk about voter fraud....