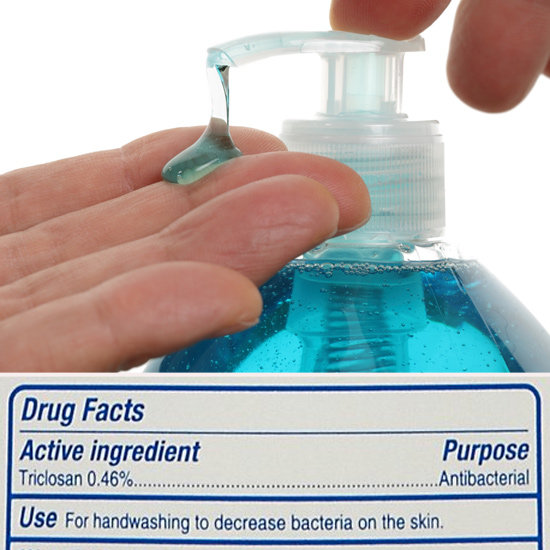 The U.S. Food and Drug Administration (FDA) has told manufacturers of antibacterial soaps and body washes to demonstrate that they are both safe and effective within the next year. New evidence is emerging that some of the chemicals used in soaps, toothpaste, dish detergent, and other common household products may pose hazards for human health and the environment. The FDA's proposed final rule would require manufacturers to demonstrate efficacy and safety or the products could be reformulated or removed from the market.

The announcement was made in response to pressure from environmental and consumer groups. After years of FDA foot-dragging, the Natural Resources Defense Council (NRDC) sued in 2010 to force the FDA to issue a final rule to regulate the antimicrobial chemicals that are spreading to more and more products and are commonly used in schools and other institutions.

The agency stresses that, although millions of Americans use these products, believing them to help prevent the spread of germs, "there is currently no evidence that they are any more effective at preventing illness than washing with plain soap and water." "Especially because so many consumers use them," the FDA writes in an update specifically geared for consumers, "there should be clearly demonstrated benefits to balance any potential risks."

Pesticides in Handsoap and Toothpaste?

Of particular concern to the FDA are the commonly used antibacterial chemicals triclosan and triclocarban. Triclosan is a pesticide first registered with the EPA for usage in 1969, but today 93 percent of liquid antibacterial soaps contain triclosan, and triclocarban is commonly used in bar soaps. The FDA also approved the use of triclosan in Colgate in 1997. Not only may these chemicals be contributing to bacterial resistance to antibiotics, but they may also have unanticipated hormonal effects.

Triclosan replaced the use of hexachlorophene after it was banned from household items in 1972. At first it was used primarily in hospitals -- by surgeons preparing for surgery, for example -- but in the 1990s, it started to be more widely used in household products ranging from clothing to kitchen knives to toys to soap.

Laboratory studies have shown that triclosan is an endocrine disruptor capable of interfering with hormones critical for normal development and reproduction. Such hormonal interference has the potential to cause long-term health problems including poor sperm quality and infertility, and damage to the developing brain leading to poor learning and memory. Several studies suggest that triclosan also may contribute to the development of antibiotic-resistant bacteria, may exacerbate allergies, and may weaken muscle function.

The FDA's proposed rule describes human studies showing that triclosan can be absorbed through the skin (the reason hexachlorophene was banned) and animal studies demonstrating triclosan's effects on thyroid, estrogen, and testosterone systems in these species (including mammals), although the implications are not fully understood. Triclocarban may have the ability to alter the activity of the androgen system (which controls the development and maintenance of male characteristics). Triclosan has also been detected in human breastmilk, urine, and blood, according to a 2011 study.

While much of the triclosan in soap is rinsed off the skin, researchers are still trying to determine the effect on lakes, rivers, and oceans of millions of gallons of triclosan-treated soap going down drains. Triclosan, which studies have shown breaks down into dioxins in the environment, was found in 57.6 percent of 139 American streams sampled in 30 states by U.S. Geological Survey (USGS) in 1999-2000. But when it reaches sewage treatment plants, triclosan doesn't just end up in the sewage effluent being released to bodies of water, but also in the sewage sludge solids, much of which is then spread on soil used to grow crops. Soybeans grown in such soil can uptake chemicals like triclosan, according to another recent study.

A statement by the American Cleaning Institute and Personal Care Products Council in response to the proposed rule said, "We are perplexed that the Agency would suggest there is no evidence that antibacterial soaps are beneficial... Our industry's Topical Antimicrobial Coalition has submitted to the FDA in-depth data showing that antibacterial soaps are more effective in killing germs when compared with non-antibacterial soap." However, Colleen Rogers, Ph.D., a lead microbiologist at FDA, questioned the effectiveness of the products in actually preventing illness. According to the FDA, there is no evidence that the products are more effective at preventing illness than washing with plain soap and water, and they may contribute to bacterial resistance. Plus, the products have no effect on viruses like colds and flu, even though they are advertised with pictures that appear to show people suffering from viral illnesses.

What Next? FDA Takes Public Comment on Two Proposed Rules

The FDA signed a settlement with NRDC in November 2013, in which the agency said it would take final action with regard to antibacterial chemicals in soaps by 2016. NRDC also sued separately in early December to obtain records about possible health effects of the antibacterial triclosan in toothpaste. The agency also recently addressed the use of antimicrobials in livestock feed, saying their frequent use prompted "concerns about the contribution of this practice to increasing the ability of bacteria and other microbes to resist the effects of a drug."