-- by Calvin Sloan, People For The American Way 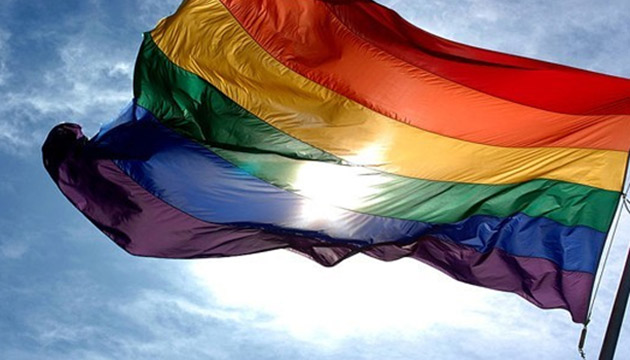 Throughout the 1980s, the American Legislative Exchange Council (ALEC) -- now infamous for its work on behalf of "stand your ground" laws and restrictions on voting rights -- was instrumental in pushing anti-gay policies throughout the country, according to documents recently uncovered by People For the American Way and the Center For Media and Democracy.

A 1985 policy memo entitled "Homosexuals: Just Another Minority Group" [PDF] sums up ALEC's anti-gay policy positions and the false claims and outrageous stereotypes on which they were based. ALEC disseminated the memo to its public sector members, arguing that the "homosexual movement has had an impact too great and far reaching for Americans to ignore."

Through the policy memo and its monthly newsletters, ALEC tracked local, state and federal legislation and provided its members with "research" to help them prevent advances in gay rights. However ALEC of course did not view these rights as rights; instead, ALEC asserted that the gay community was organizing "to achieve the privileges it thinks it deserves."

In order to counter the gay rights movement, ALEC argued in "Homosexuals: Just Another Minority Group," one had to understand first that gay people were corrupted beings, since "the homosexual makes the conscious choice to pursue members of his or her own sex." The answer therefore did not lie with treating gay people fairly, but instead with providing them psychotherapy or by having them join the Christian faith. "The evidence is too great to deny it," the memo stated.

ALEC classified all gay people into six categories: "the blatant, the secret lifer, the desperate, the adjusted, the bisexual and the situational." The "blatant" gay person was "obvious and 'limp-wristed'"; the "adjusted" would "try to conduct a 'conventional' gay marriage"; and so on. Yet no matter what category a gay person fell into, ALEC argued, the most dominant practice within "the homosexual world is pedophilia, the fetish for young children." This tendency, the group claimed, was the product of the fact that "the homosexual cannot reproduce themselves biologically, so they must recruit the young."

ALEC lamented that the federal government funded AIDS research and allocated tax money to counter the AIDS epidemic. The group discouraged states from passing anti-discrimination laws because, according to one ALEC newsletter from April 1984, such legislation "might jeopardize public health in restaurants, dental offices, and other areas because of the communicable disease AIDS." ALEC claimed that under the Carter administration, in addition to funding AIDS research, "the federal government had been active in directly funding the homosexual movement" by approving federal grants to organizations that served gay communities.

When lawmakers led efforts against gay rights legislation, ALEC celebrated their acts in newsletters. For vetoing a gay rights bill, California Governor George Deukmejian was deemed "a political leader with courage." Likewise, the group lauded ALEC State Senator H.L. Richardson for claiming the bill "would take away the liberty of an employer to refuse to hire homosexuals, even if the employer strongly believes that homosexuality is an abomination."

Today, decades later, ALEC has stopped referring to homosexuality as "an abomination" in its literature, yet the organization continues to push legislation and policy ideas founded on the notion of exclusion -- policies that protect the "liberties" of corporations rather than those of individual Americans.

The organization is currently in Washington, DC for its 2013 States & Nation Policy Summit. A protest against ALEC will be held tomorrow, Thursday December 5th, at Franklin Square (13th and I St NW) at 11:30 AM.

My understanding is that Paul Weyrich first intended ALEC to be a conservative social values organization. His views were viewed as too extreme by the GOP, so he shifted to more of a business and small governent agenda. I believe it was also Paul Weyrich who first coined the term Moral Majority and passed it on to Jerry Falwell